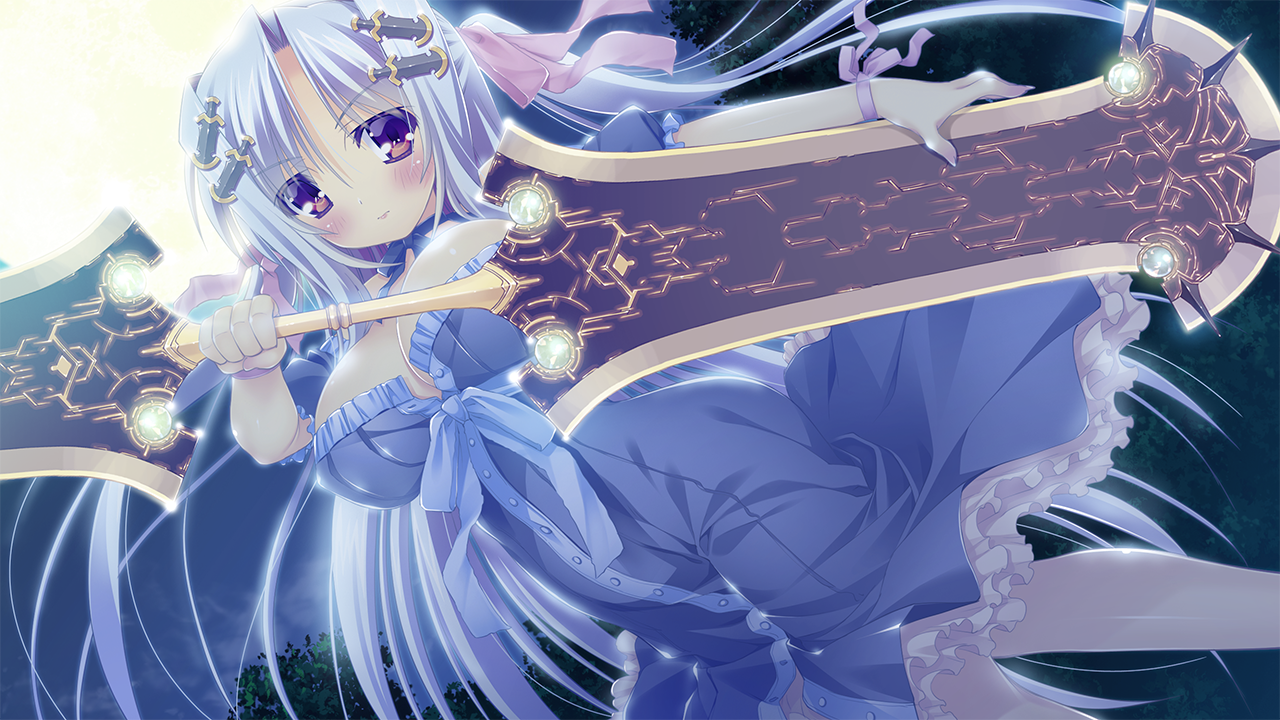 Foreword: Third review in a row, huh. I just had footages done beforehand. Prism Princess is a booby action with some animated H scenes which wound usually instantly put game out of my interest zone. But it has fighting heroines, plus humor is reported to be worthy, so why not check it myself. Wanted to change game several times, but found nothing to replace it within a year. 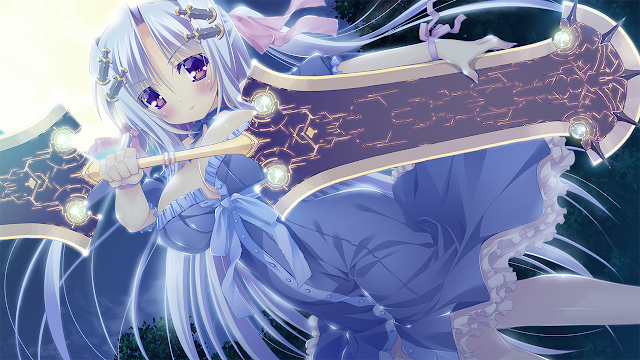 Synopsis:
One day, a naked girl appeared in hikikomori Naoto’s room. She stripped off his pants and declared: “I’ve found you, son of the demon lord! Now die!” She swung at him with a sword that she pulled out of nowhere, but it was stopped by another naked girl. “I will definitely protect you…” On top of that, his childhood friend is an idol and his younger sister is not just a chuuni, but secretly a powerful magician!? What the hell is going on?
Youtube: https://www.youtube.com/playlist?list=PLwGwDxf37gEkbd-pr8jHX-cXpZVmsg71n
Character Design rating: 6/10
Protagonist rating: 6/10
Story rating: 3/10
Game quality: 7/10
Overall rating: 5/10 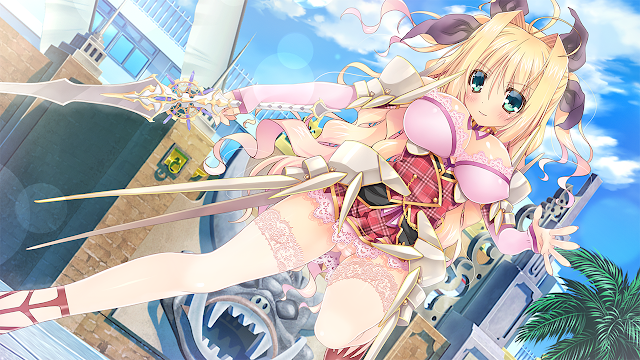 The story gets such a huge blow because it's a collection of the most banal existing chiche. Main character with supposed link to demon king gets assaulted by one naked girl with a sword and protected by another naked girl with a sword - traditional angel and devil allegory. In an instant they agree to live together with protagonist alongside imouto and childhood friend. Of course all of them go to school together and naive outsiders learn the human world and human ways...  In the middle of the game some kind of knight spirit appears, and the only miniscule intrigue is learning knight's identity as he eventually becomes antagonist. Super boring. Two non-fighting heroines routes are even worse. 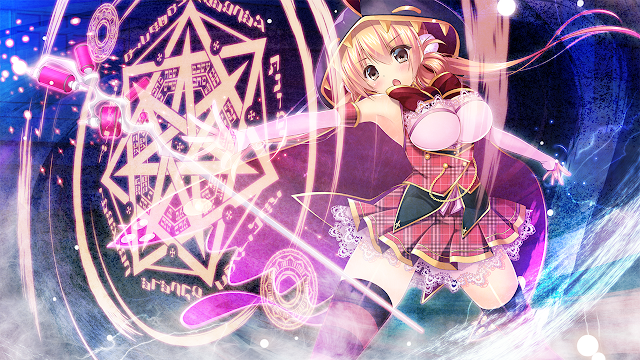 Of course the only way such synopsis can be accepted if it's presented as a parody to all the most beaten cliche. I found humor dense and vulgar with the only appealing points being RPG spirit mix. But you should make own opinion from the following several examples:
- Talking dog suddenly appears, protects protagonist against a sword with his teeth and is asked to introduce himself - so he treats this question as inquiring how he can talk while holding a sword with his teeth instead , so a lengthy explanation about technique follows
- Sword battle between celestial beings is suddenly finished as old guy appears and gives everyone  bumps with bare hands
- When Prism wants to pee in the middle of the school lesson, two outsiders start to discuss RPG means of dealing with it like teleportation or hypnosis spell
- Masturbation is declared as main theme from the start and is often referred to
- Two main heroines fighting with swords naked for the whole duration of prologue is supposed to be funny
- Girls discussion of elemental attributes and weaknesses transforms into discussing sister attribute power and weakness 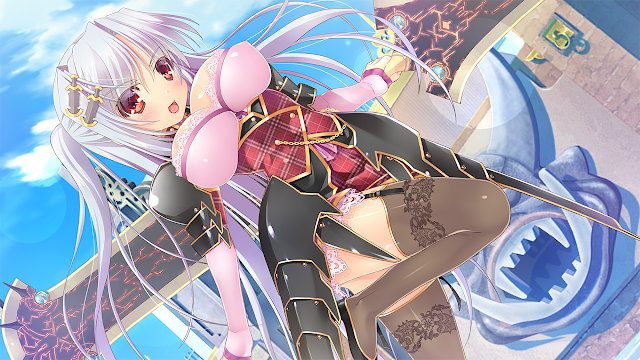 I did not get the sources of parodies, to be honest, e.g. I did not watch Haiyore! Nyaruko-san which is one of the biggest inspirations. And it's still a booby-action. Naked sprites and animated H scenes have always been two important indicators of nukige, and this game has both. If it had the third indicator - harem route - I would label this game as one from the start.
So, game does not shine with story or heroines. Mild RPG spirit, parody and non-repulsive SOL are probably the only good traits of it. But is it enough to play this game? That's what everyone should  decide themselves. 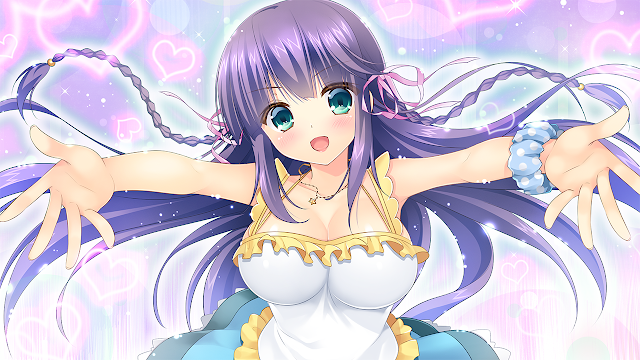