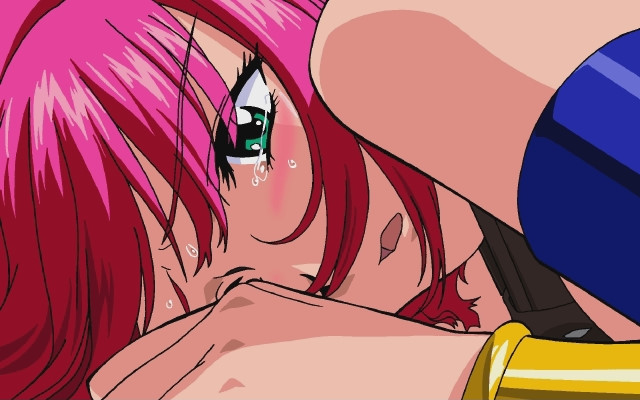 Synopsis: A game that blends old school dungeon crawling along with animated cutscenes.
It is a dark age in the kingdom of Alitalia. Monsters ransack cities, slaughtering the men and taking the women as their slaves. Four adventurers set out to end the rampages... 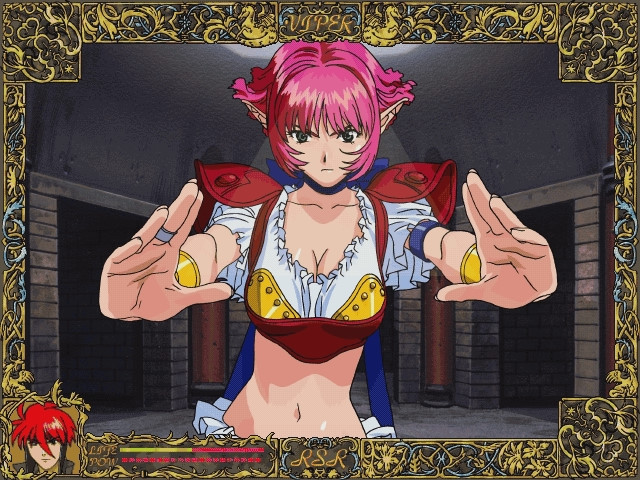 RSR is not a good game per se. RPG part is non-existing, purely decorational. Story is quite simple, without much fancy and with usual Sogna motives. So why is it different from all its previous big games?

RSR is revolutionary in the amount of efforts needed to reach animated H scenes - here it's done by introducing a map and characters moving through it very slowly while triggering hundreds of random fights, literally a fight each few steps. 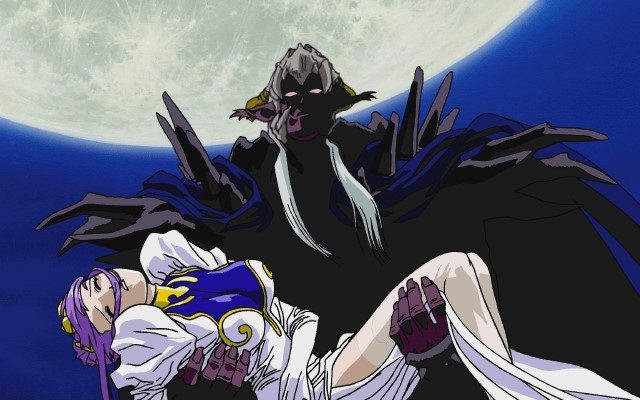 Game is blamed for too high price of 9800 yen, too long time in development (it was planned to be released in 1999 and then was postponed many times - and it's the last game in Japanese game history to be released on diskettes as well with the number being 42 if I recall correctly), too short H scenes, absence of pure love scenes.

But what does it really shine for? First is main heroine Cala. She's the most sexy heroine ever created. For me that's a given, and can't be changed. 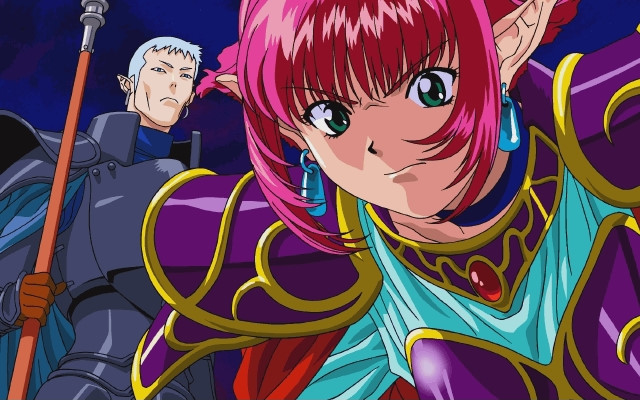 Secondly, only this game managed to raise monster insult appeal to the highs not yet imaginable. I do not know whether it's inner censor or lack of skill to blame, but there is no work in the whole genre even comparable to RSR.

I mentioned that story is weak, but what I liked is that story does not end with Cala saved. Story goes on to save princess Julieta. And I especially liked that the ending is orthodox viper, not like an ending everyone else would have.

So it's a contradictory game, but with battles cut it becomes the legendary eroge that changed history for me. 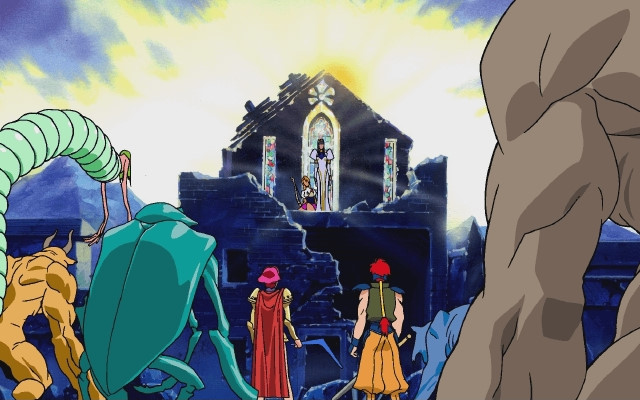 Glad we get to see the video uncensored per the course of every Viper game. There no Vanilla love making but at least she get the guy which is a win in my book (they can do it off screen >.<).

But i always like the dungeon and dragons setting. it interesting.

before i can write any more, did you forgot to put the translation on the other side of the screen? i notice it wasnt there thus cant write a comment about the dialogue or story.

PS: suck that Viper-F40 video got taken down but the others are fine :). just letting you know, until next time

F-40 is lost with the previous channel. So far invisible channel works fine.
I did not play RSR myself. It turns out there are videos of every Sogna game somewhere in the internet as a single collection (including F-40) - just posted videos from there. Japanese is very easy in Sogna games (I really think they are best to start learning Japanese). Those swarmed fights would really put a shadow of boredom to the game, and frequency here is worse than in Viper-GTB.

1. So wait.....is the video you uploaded not your? (which would explain no translation HAHAHAHA >.<

2. out of all the VIPER games, which one is your favorite?

3. still like that Cala gets the guy....after lot of traumatic things happen to her

It's the first video that's not mine, but I did not find it posted anywhere, so time to show it to the world.
RSR is definitely my favorite followed by F-40, Viper-M5 and Guynarock R from Sogna.
I like it that Cala gets a guy and the overall positive direction of Sogna games philosophy. No species can be bad as a whole - only individuals can be. It's amazing how the same demon found guilty of insulting village girls had to cheat heroes THREE times to be finally executed. Everyone deserves a second and sometimes even a third chance. That philosophy pierces a lot of Sogna games.