Foreword: My first thought was that berserk was remade as a visual novel. How is it even possible that such game remains in obscurity?
Title: Gin no Hebi Kuro no Tsuki
Developer: Project-μ
Date: 2003-12-19
VNDB link: https://vndb.org/v10059
Youtube walkthrough: https://www.youtube.com/watch?v=MpnPjFUxVuQ&list=PLs4Gp5VU4Fv8rKP5oDa1nzt0KevjFrmhw&index=27 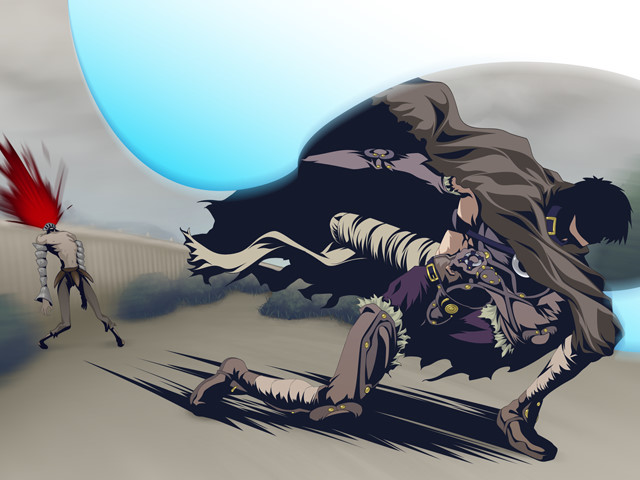 Synopsis: Main character is an unrivaled masked swordsman who takes up killer jobs and searches for a swordsman stronger than himself.
In the same world there is a girl Mari used in experiments by her father searching for immortality.
The fate connects these two people in their constant struggle. 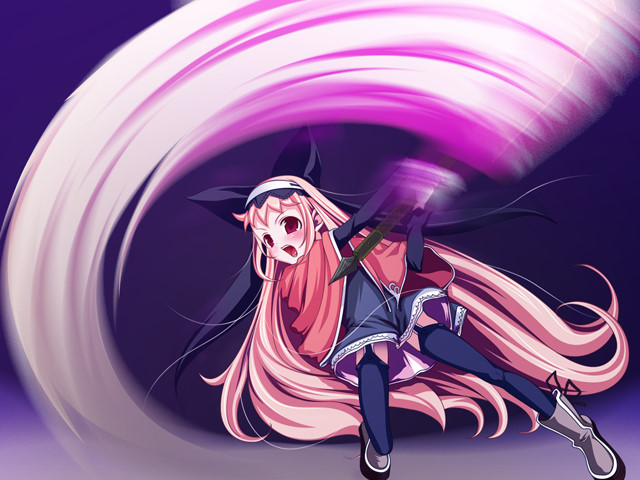 Rating comments: Guts-like protagonist and dark story with lots of violence really made my day. But it's felt that Project-μ is on the brink of dissolving already - no voicing, short length, poor systems, lack of BGM. 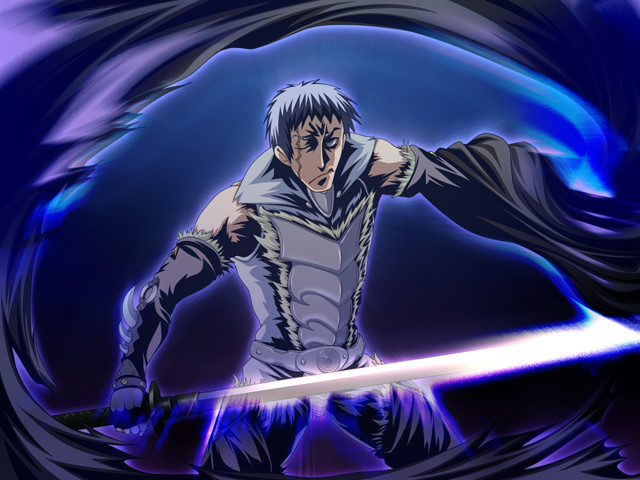 Protagonist: Kai the Silver Snake is perfect. Lone wolf and unrivaled master of the sword piercing through armies of humans and monsters alike. He does not care about Mari at all - she drags after him even though he tries to abandon her again and again. I wish there was such protagonist in every game. 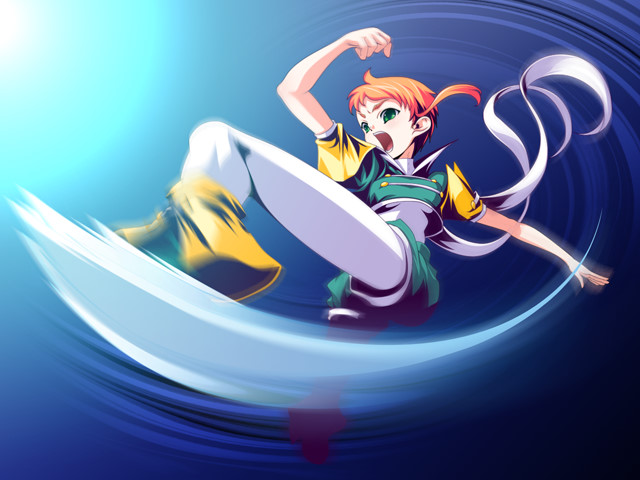 Characters: Can't really say much about other characters. Game is made as manga strips, so performance takes preference over developed characters. Mari is the only heroine of the game. There's also the spy girl Catina who features in quite a few battle scenes, but that's it. The cast of villains is much more diverse. 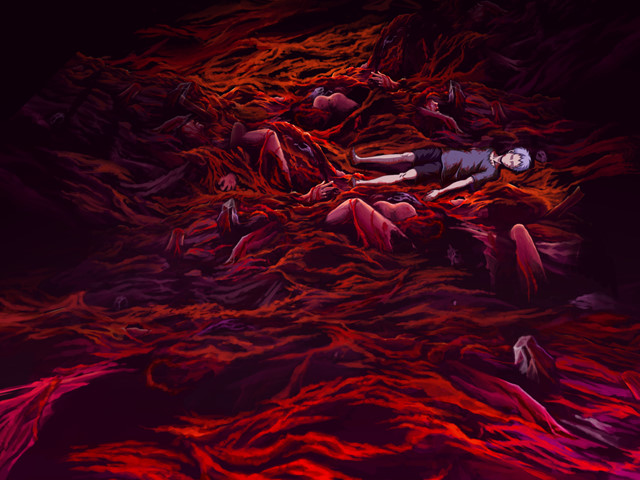 Story: Story is quite simple, sadly. Kai just happens to teach some bastards a lesson, and freed Mari tags along. They barely make it to the town where Kai abandons Mari at a tailor's house. She goes after Kai and finds more trouble, but in the end manages to help Kai in a hopeless battle. That's the point they get closer. But tougher enemies already await them. 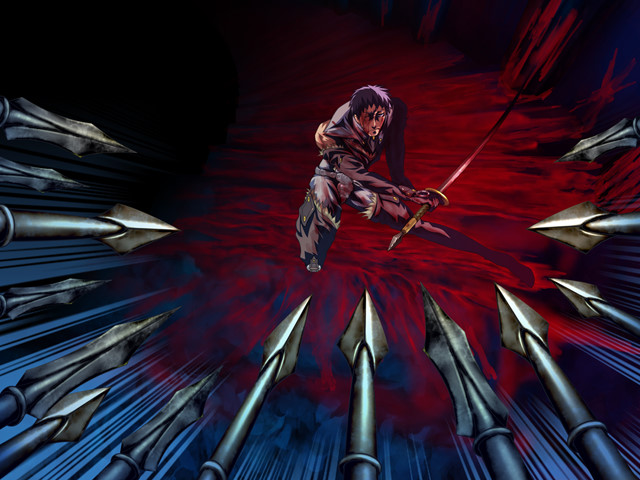 Thoughts:
1) The theater performance is great, really. Text constantly flies around, enlarges, shrinks, explodes and whatever. There's an abundance of visual and sound effects. Those small manga strips getting on top or side of each other really add up to the mood. The whole theater idea is nice, but it can only bloom applied to a hardcore violence story.
2) The deficiencies of the game are numerous. Pretty much everything is sacked to produce good visuals, tempo and action. I realize that game can hardly pretend for masterpiece status, but the hardcore setting and protagonist give evaluation a boost. 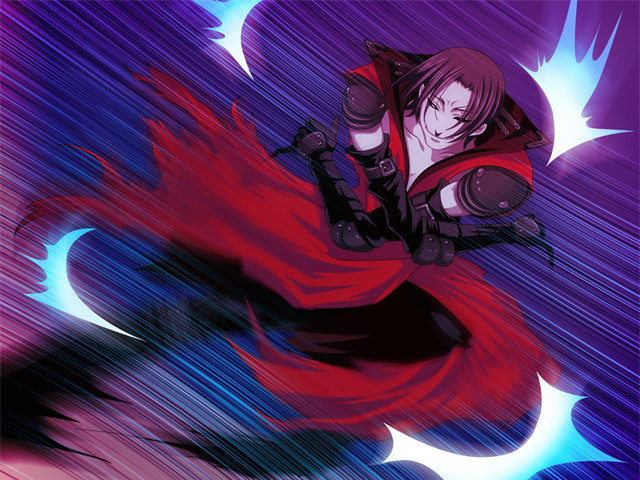 Overall comments: This game does not have a clear and understood development. Yet it manages to produce a semi-magical impression thanks to all the introduced effects and setting. Unique games such as this one are pushing industry forward. And I can only hope that both Masada's PARADISE LOST main hero and heroine were inspired by this small charming adventure story. 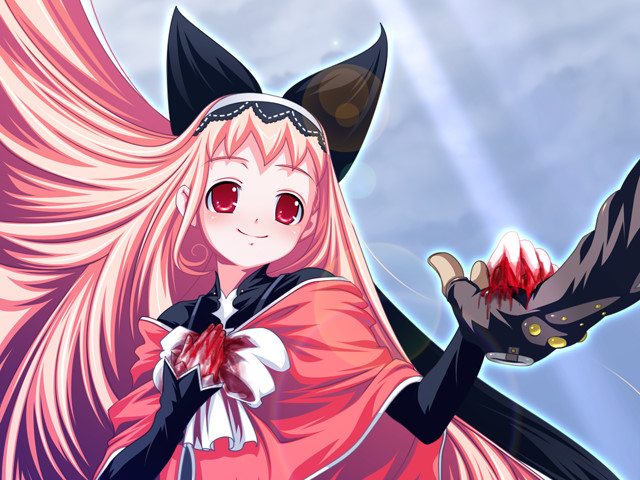