Foreword: This perfect game made me re-evaluate... Coμ -Black Dragon in a Gentle Kingdom-. What do these games have to do with each other? Hop in to figure out.
Title: Realize
Developer: PlayM
Date: 2004-04-23
VNDB link: https://vndb.org/v2025
Youtube walkthrough: https://www.youtube.com/watch?v=IChpMO4Jhz4&list=PLs4Gp5VU4Fv_Z8T8hfm3788JmL-mH3l3m 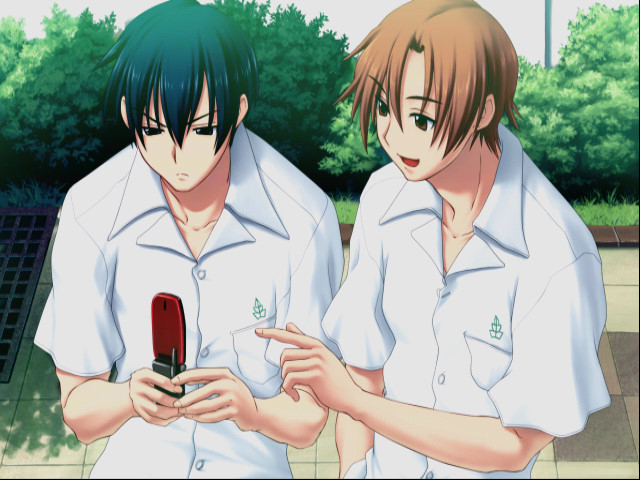 Synopsis: One morning during the class, Matsuura Ryou saw a strange object flying in the sky. Orange body was falling in a strange dancing pattern, vaguely resembling movements of the life form. This was his first encounter with EGO which led to contact with mysterious girl - Shibaura Yae that completely changed Ryou's life and destiny. 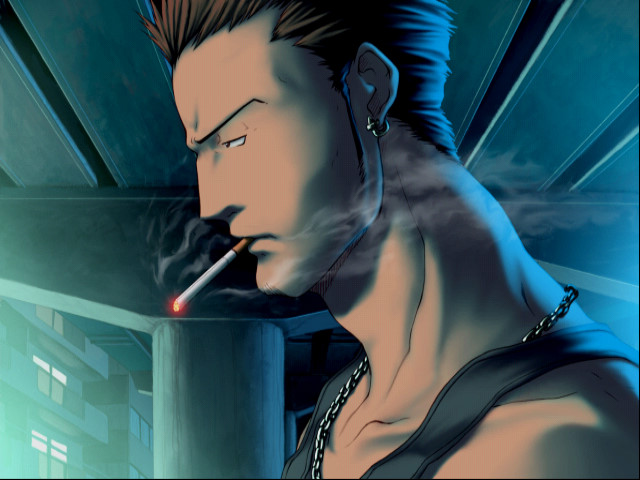 Rating comments: No words really needed here. I had my doubts whether it should be 9 or 10, but continued to surprise me over and over taking all the doubts away.

Protagonist: Game has not one, but two protagonists - Ryou and Shuuji. And those two co-exist in the same space and time. They are good friends, actually. Their bonding is the cornerstone of the game. Having two protagonist is also a great way to get out of one boy - lots of girls dilemma in a long one road story. Both protagonists are strong personalities with different focus - realistic and idealistic. 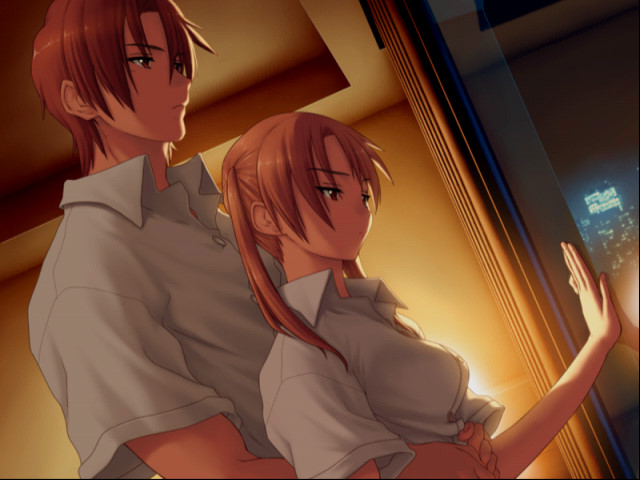 Characters: There are four heroines, and all are very nice ones.
Kei is our more traditional love interest, kind and romantic.
Rin is an attentive, polite and cheerful child that we want to protect.
Yae is the cornerstone of the story and the most mysterious heroine.
Saya is our tsundere with absolutely blunt attitude to everyone from the start and very charming awkward transformation. And she has the hugest sword - of course she's my favorite heroine! 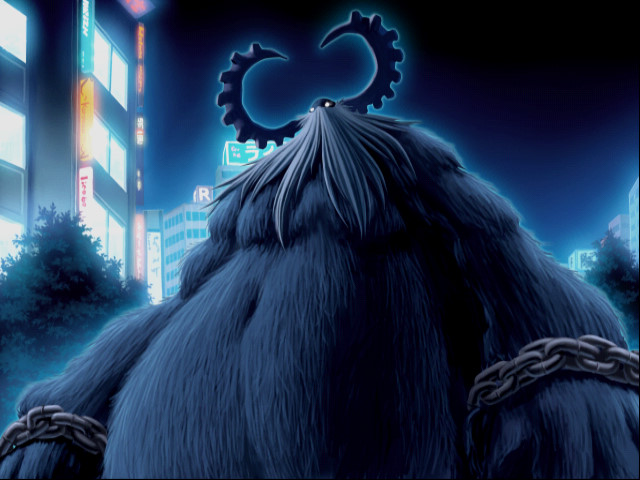 Story: What I like the most in Realize is that game is not really that much about the story. There's no ultimate aim to reach like in most of chunige. Ryou just sees some robot familiar one day, then is summoned to the room by his classmate Yae who shows him her familiar and answers some of urgent questions. That concludes the prologue. Later on he gets involved into the conflict between PK characters and some PKKs. This very fact already rose estimation level to the skies. Talking about PKs and PKKs 10 years prior to Sword Art Online! This was a moment of impact similar to that of Coμ when prestige traditional Wizardry classes Lord and Bishop entered the scene to compliment normal classes. I actually waited for ninja and samurai prestige classes to make them company, but - alas - those estimations were left without realization. What I want to say is that Realize has a lot of great Ego fights and all, but it's not the gist of the story. There are four endings in addition to the True ending. Half of those are kind of bad ones leaving us out without getting the needed power of losing allies. The other two are really nice and showing the game yet from more sides. 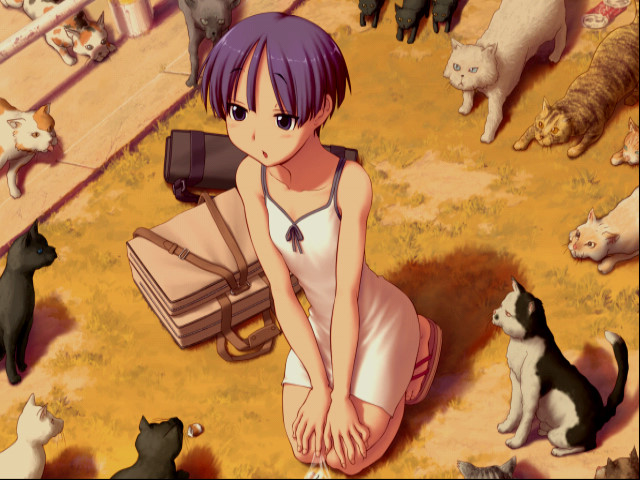 Thoughts:
1) Robot familiars are called either Ego or Proxy in the game. Try to google that and you'll get the title of the best anime in history.
2) There are too many similarities between Realize and Coμ.
a) Both games are based on the conflict between the aggressive group of traditional PKs one one side and peacemakers PKKs on the other side.
b) The name of strongest PK is - guess what - Black Dragon.
c) Both games have a mysterious legendary fighting machine that acts by unknown principles with the identity remaining unknown
d) Both games have to do with μ symbol. Realize even explains its meaning for the game.
e) Both have two males as part of the coalition band. I always considered Shuu to be and odd one out. Never could understand his role in Coμ. Now I tend to think that he's implemented under influence of two protagonists great bond in Realize.
One or two similarities is a coincidence, but FIVE ?! Now I look at Coμ at a completely different angle. It's a great standalone game, but it has ways to go to reach the bliss of its spiritual predecessor - Realize. 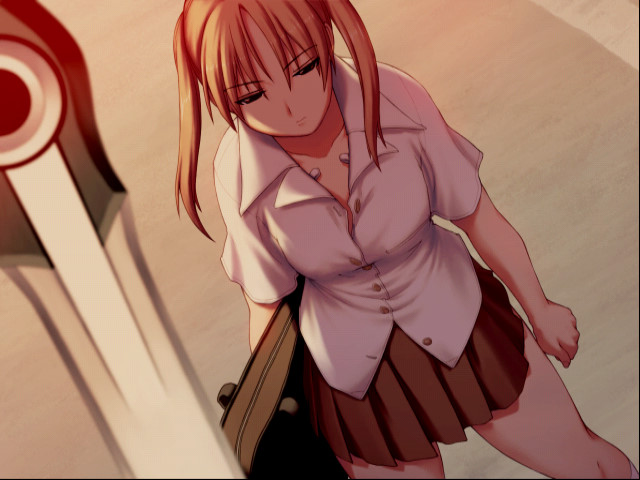 Technical difficulties: Of course there are some. Only PS2 release is voiced, so I had to take it as the base. But console releases are known for poor hooking capabilities, so I had to satisfy with only translation of the first line in each screen slide. There were rarely more than five lines on one screen, but it still hurts to see words cut in the mids.

Overall comments: It saddens me greatly to see such a superb game in oblivion. Realize is one of the very few games that I can enjoy at any moment, at any page without relation to the development of the plot. That's the biggest praise a piece of media can get from me (the paragon is Vladimir Nabokov novels). Realize is written by a mastodon veteran of scenario writing - Takahashi Tatsuya. It's the person responsible for a good half of Leaf biggest works. And we all know that Leaf is the biggest benefactor and driver of the media - the company that always brings innovation. Realize is his first work after leaving Leaf and starting to write what he desired himself. It's a piece of history that's unjustly forgotten. 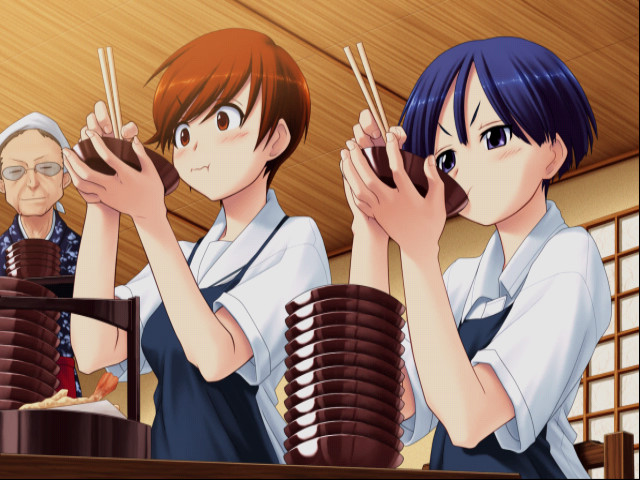