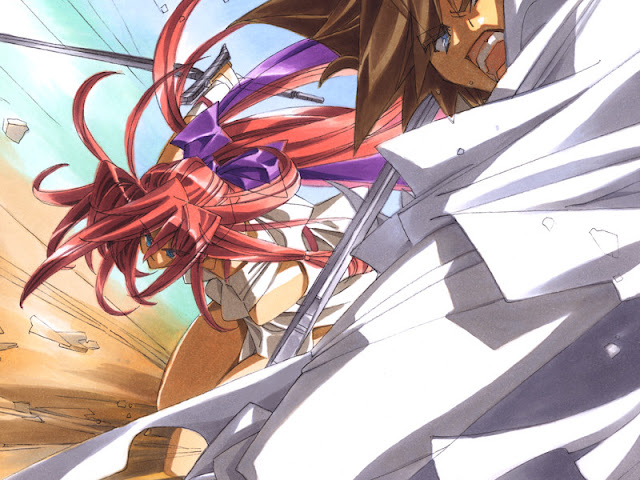 Synopsis: Shrei-Ten is the name of a huge donut-shaped continent dominated by the kingdom of Schleiten. The holy king Schultz Engel defeated his bitter enemy Zusain fifty three years ago gaining supremacy and bringing eternal peace. Main heroine is an adventurer who accepts bounties to get rid of robbers, pirates and monsters. This is a story told from the viewpoint of seven different adventurers..

Rating comments: Well, you see the numbers. The only thing I liked in this game is fancy male characters and kinky manga-like drawing. I'll list all the numerous fallacies of the game in the technical difficulties section. 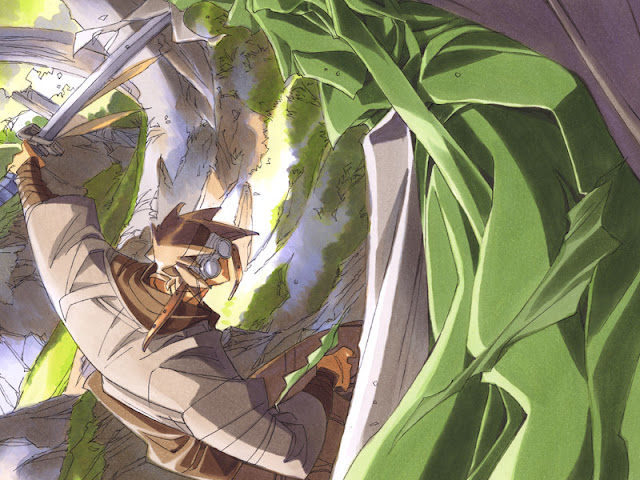 Characters: There are some side characters, but they mostly serve for H-scenes since there are only two female protagonists, and the demand for H-scenes is high. The majority from these 70 mini-stories can be described by the same core - a boy and a girl go to investigate some ruins and have fun together. 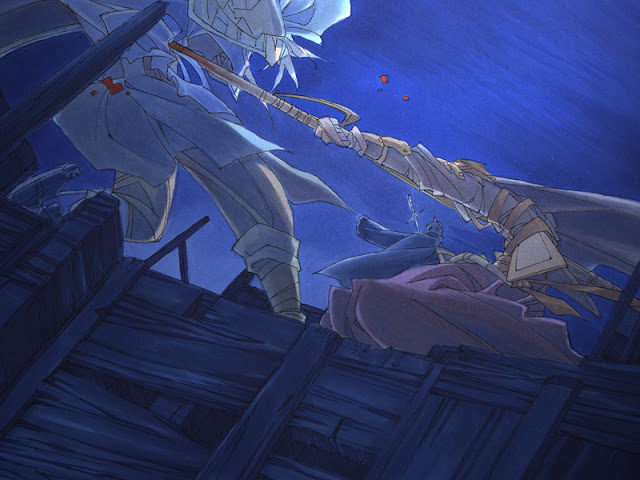 Story: Story is elusive and absolutely vague. There 70 (!) mini-stories told from different points of view happening in parallel. The worst point that you can't access them sequentially. Instead you start with the story 10, then constantly have to jump around 10 stories ahead and 10 stories back. But when you reach story 70 nothing really happens. Because the ending is behind story number 63! That's the most stupid structure I ever seen. The story itself is... weird. By the middle of the game we get to story number 1 where we get to know about explosion in the palace cellar, and the tunnels are revealed together with some vague threat over the kingdom. For the main course of the story characters mostly spend time at the town or investigate these ruins. That eventually brings them all separately to the source of trouble - the monster on the island. That's the whole story, really. More than that, some stories have forks, and it's never explained which one is real. Some forks are just for fanservice, as Elisia becoming futanari. But with some others it becomes really confusing. Person can die in one story and be alive again in the following stories.

Technical difficulties: There is no auto-read. The "no wait" option only appears after patch is installed. Before that it was pure torture to read. BGM only appears from time to time and for a very limited time. There is NO voicing. Had to rely on good old AGTH to tackle the flush problems. Only HCG and a handful of non-HCG take the whole screen size. Normal events only take some 2/3 of screen space, and background are squeezed to some 1/5 of screen size. But the worst of all, game continued to force close every 10-15 minutes at different PCs and OS.

Overall comments: The horrible game structure, weak story, no voicing, poor game system and impact at H-events absolutely ruin this game in my eyes. I see such structure as the result of impotence of the writer covering plot loopholes with short individual stories format and abuse of H-events. But the same writer created Kansen ~In'yoku no Rensa~ that's reported to include worthy story. I look forward to reviewing it. 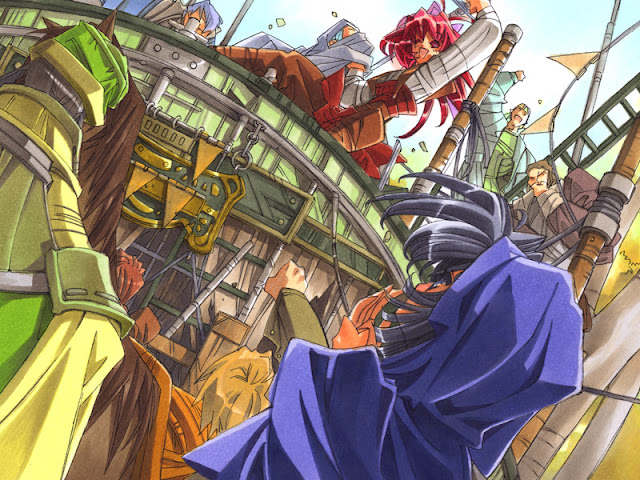