Foreword: I got on the hook of some reviews praising the story. Now I'm mad.
Title: Sora-iro no Organ
Developer: The Lotus
Date: 2004-03-26
VNDB link: https://vndb.org/v962
Youtube walkthrough: https://www.youtube.com/watch?v=iX7seUlNpmE&list=PLs4Gp5VU4Fv8-QvoBMKw8KIUTf1tEqOdw 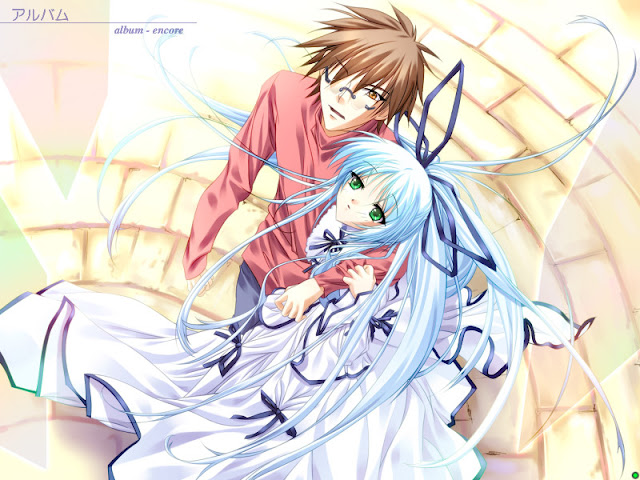 Synopsis: In order to save your cousin, who's been sucked into a mirror, you decide to jump into the mirror yourself. You find yourself in a strange, beautiful world of fairies. As you work through the game's storyline, you'll take part in interactive conversations. The game includes an "encore mode" which allows you to view previous event scenes and listen to music that you encountered on your adventure. 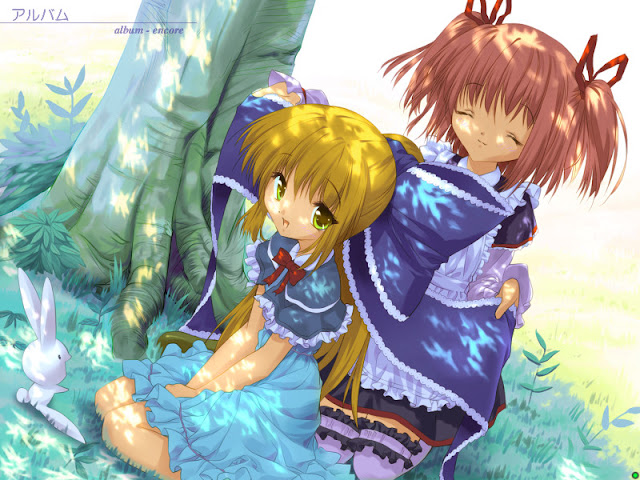 This "review" ain't gonna have a structure, because it does not deserve one. And I'm accustomed to just retell my impressions in the way they progressed in such cases. Spoilers are inevitable, although it's needed to be something good to spoil it.

The first thing that struck me is that game is not voiced. REALLY? What cruel joke is that not to give voicing to a charage? And I don't have spare 120$ to get voiced ps2 version.

The second thing that enraged me is the protagonist that comes right from BL games, it's a typical seme. I can't hide my irritation by this fact. 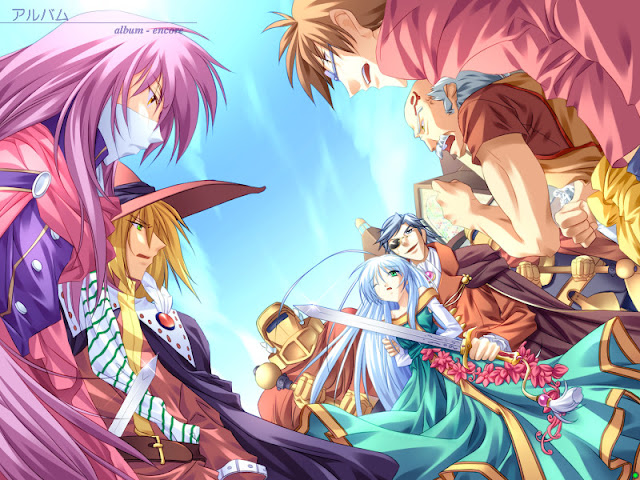 Game starts with what I see as protagonist Tomoya flirting with his cousin Sarasa and getting a slap on the face because of that. Sarasa runs away in tears and gets sucked into a mirror followed by Tomoya. And here we should start experiencing the great story. But it does not come. For the half of the game (10 chapters) Tomoya just flirts with all the girls he finds scoring with two of them. Then he finally finds Sarasa. So is it time for development now? Not so soon, lads. Sarasa is in vegetative state which lasts for 6 more (!) chapters. So what do we do in these next ten chapters from 11 to 20? Well, we kinda don't care about our cousin, but score with two more girls. Well, we're finally out of heroines and need to get closer with Sarasa. She's engaged, but is almost kidnapped on the ceremony day. She is saved by some sticky ice mass from the ice-cream (???). Short awhile she kinda throws herself on Tomoya. He asks "Do you understand you'll betray your fiance this way"? Her answer is as pathetic as stupid "I want to betray the whole world now". Then in some time they both get to original world. So what the hell is this? Where is my supposed great story? So I though till saw the writer's list of works. And those are all generic moege without even a glimpse of the story. So it probably is a great story compared to those total failures.

I'm greatly dissatisfied with artist here. CG and character sprites of uneven quality here, but males are the worst. All of them either come directly from BL or Otomege. 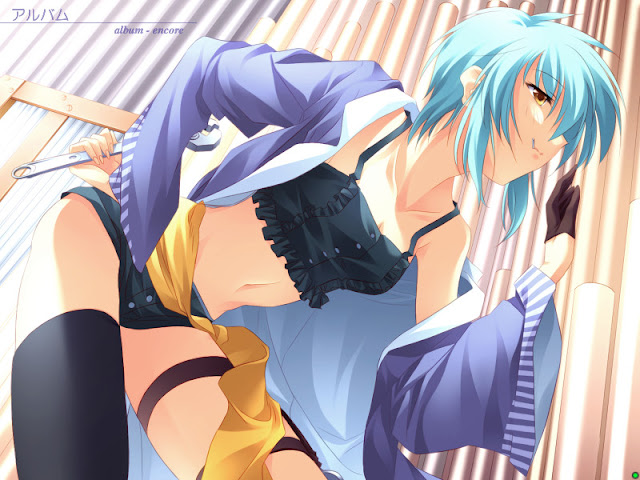 The only things that I liked in this game is that it had auto-reading mode and that both lolis were spared from trampling. Game had some chibi CG which were supposed to add humor to it, but the only humorous part for me was how game zoomed on the hips and breast of Stella - the most skinny boy-ish type heroine. Just laughable.

In the raw outcome we get a weird single road story with zero interest but with lots of pretentious motives, pictures and BGM. It looks like a decent game, but scratch it and it will rot. 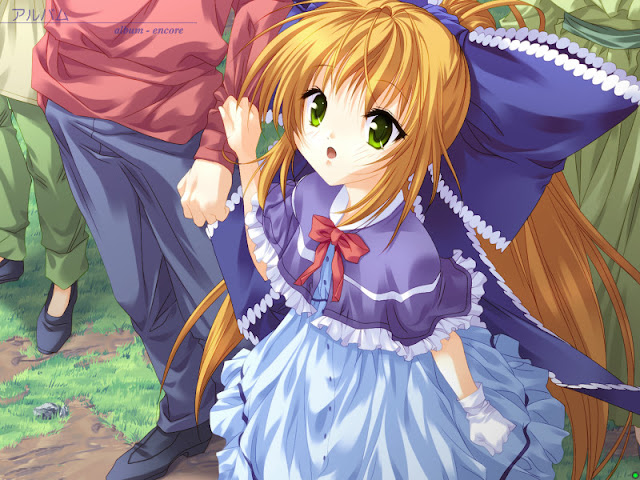