Foreword: I'm not sure scenario author of Braban can provide a worthy chunige, but I'm ready to be surprised. 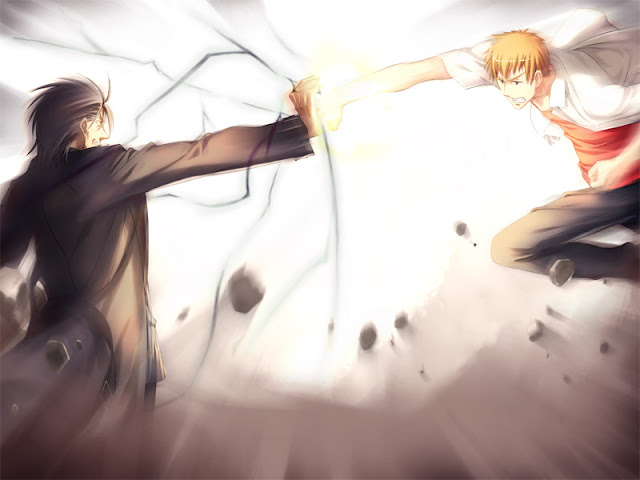 Synopsis:
There was a big fire at a hospital which inflicted serious damage. Touya's mother, Suzuno, fell victim to its flames. After ten years he still can't overcome his sadness. But he somehow enjoys his life with Makina, his younger sister, and Saya. One day he sees a girl who looks quite like Suzuno. He can't forget her, and goes after her. He finally talks to her and thinks she is definitely Suzuno. All of a sudden, she attacks him with smile, and he almost loses his life. But a girl with a sword appears in front of them and saves him. He doesn't know what's going on, but he thinks, "Is she still alive?" He starts to search for the truth... 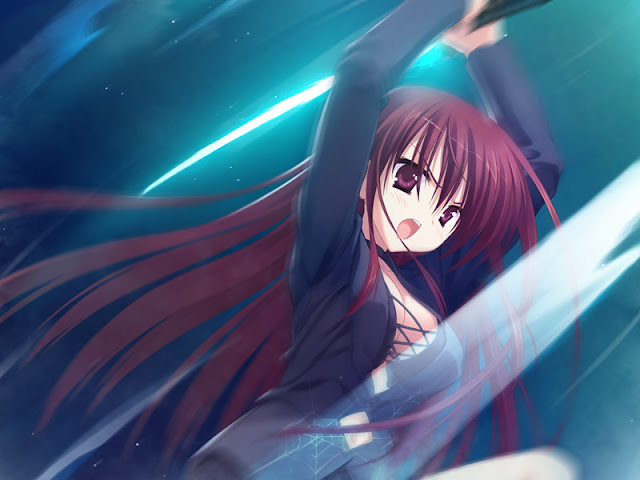 Scores are of minimal masterpiece, because the common route and the core of the story are very worthy to get acquainted with. But other elements are less lucky.

ExE is a very unusual chunige, because it takes place in ordinary places like school and home, while most of characters are normal humans. There are few battles, and most of conflicts are against overpowered adversaries. ExE introduces magic, but not flashy one. Its main element is mind control, and using that alone it manages to create myriads of exciting backstories and developments. And it appeals to me. I quite favor alternative history since it's mostly familiar world with few changes, but at the same time with realistic approach. 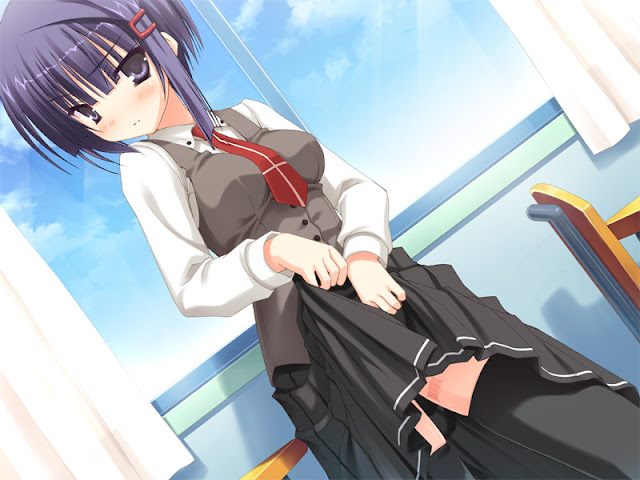 As I see it, ExE is an evolved version of Braban. And playing Madoka route feels just as Braban, it's same school moege. But two similar works in a row would look pale, so a mystery is introduced. And due to the dark nature of mystery, three main heroines are imbued with some magical skill and serious smart personalities - tsundere Yuu, kudere Natsuki and pragmatic adult Mio. This game actually has even two mysteries - one for the first half and another one for the second half. But mystery has such an effect that after one route there's no more mystery to uncover. Writer tried to separate the mystery among Yuu and Natsuki routes, so there is at least something new to learn. But other routes basically don't give anything new on a larger scale. And when mystery is solved and chuni is unsatisfactory (there are like two battles in the whole game with comparable power opponents) - only moege remains. And at this point irritation accumulates, because there is no after-stories of heroines, and ending feels really abrupt. So even as moege game produces mixed impressions. 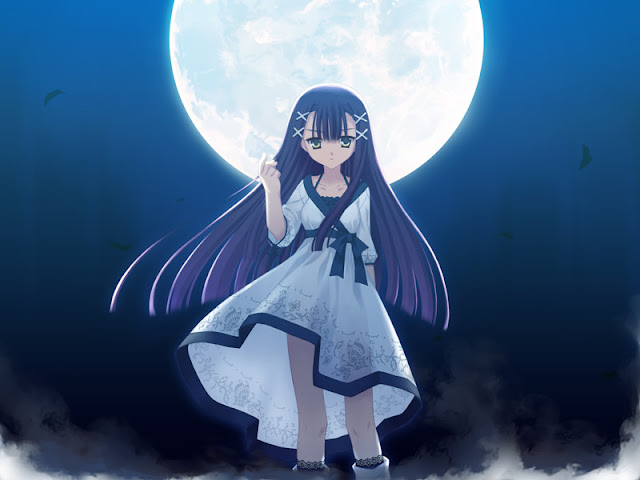 But I try to judge the game not by the final impressions, but by measured satisfaction level at different stages of the game. And I can say that there's a lot of thrill while mystery lasts, and there's a lot of power in these three main heroines personalities - I happened to like all three of them. Some parts have poor tempo, and it may feel boring at times, but I absolutely love concept and heroines here, so it's definitely a masterpiece for me. 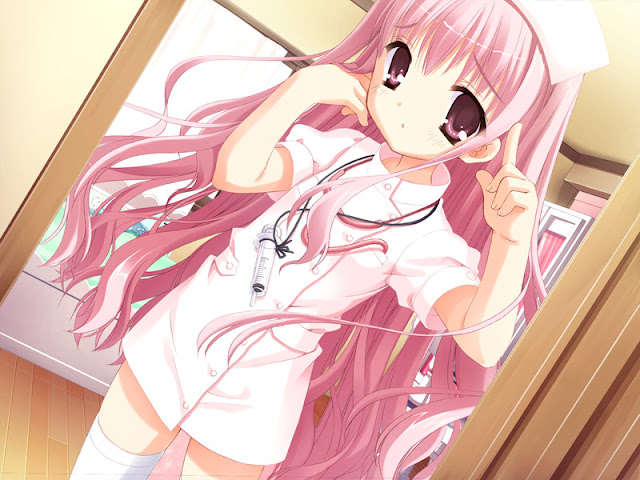