Foreword: Vampire stories fail to impress way too often. Tsukihime, Hellsing and Masquerade are the only positive examples I can remember. I would not mind trust reinstalled with some new title. 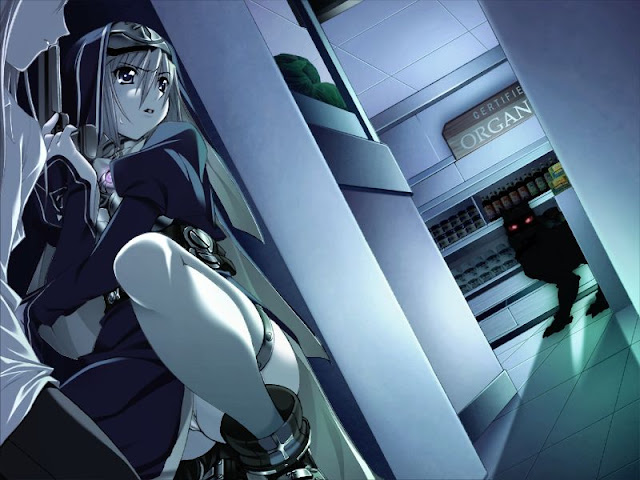 Synopsis:
Draculius begins when Ogishima Jun, the male protagonist, suddenly finds himself face to face with a childlike maid who introduces herself as Elshlant D. Annoyance. The encounter quickly brings two monumental facts to life: the first is unequivocal proof that vampires exist; the second is revelation of Jun being the sole heir of a royal linage that rules over them. Years ago, Id Demon Brandle – Jun’s vampiric father and would be future emperor – ran from his aristocratic duties to hide among the humans, eventually falling in love with a Shinto priestess named Ogishima Yukari. For reasons unknown, Jun’s father abandoned his mother during pregnancy, and upon this act, Yukari placed a magic seal on her unborn child, locking away the infant’s supernatural abilities. Following the tragic death of his mother four years earlier, the spell has been slowly unraveling, awakening Jun’s latent powers and allowing the vampire nation to determine his location and deliver an ultimatum: Jun would be allowed to continue his existence and assume the mantle of command over his people, but only under the guidelines of three conditions. Condition One: He would be placed under the watch of Elshlant D. Annoyance, serving as his evaluator and mentor in the ways of the vampire. Condition Two: The newly awaken Nosferatu would need to perform a deed that proved him worthy of the inheritance. Condition Three: He would take a bride from one of the noble families to ensure the continued survival of the royal bloodline. As one can imagine, Jun is quite taken aback by all this.
It quickly becomes apparent to Jun, that the life of a vampire is far more perilous than he could possibly imagine. As he learns that many of the legends concerning the powers and weaknesses of Nosferatu are outlandishly erroneous – mostly due in part to the vampires themselves spreading such fictional myths – the young noble is forced to completely reevaluate his own existence while needing the assistance of an experienced vampire in the process. Were the difficulties of self discovery not challenging enough, Jun inevitably finds himself caught within a deadly web of intrigue thanks to the machinations of rebellious factions within vampire society. It also becomes clear that humanity is not entirely ignorant of the supernatural world that hides from them, and agents of an ancient powerful organization dedicated to the extermination of “hellspawn abominations” violently pursue his destruction. These factors make it imperative for Jun to maintain as low a profile as possible: for his own safety and innocent human friends. Unfortunately, keeping a low profile is not something his enemies are going to allow. Then there’s the whole matter of marriage… 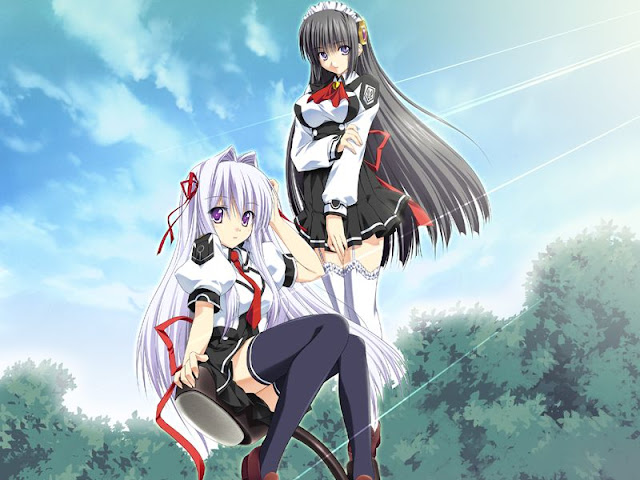 There are so many English reviews around (1 2 3 4 5 6 7) that I already feel intimidated. I played blindly, and the only question after finishing it was whether it's a 9/10 or 10/10. When game is this good, I have to follow reverse approach and look for shortcomings. The overall impression did not contain any irritations, so I tried to analyze separate elements in search for flaws. 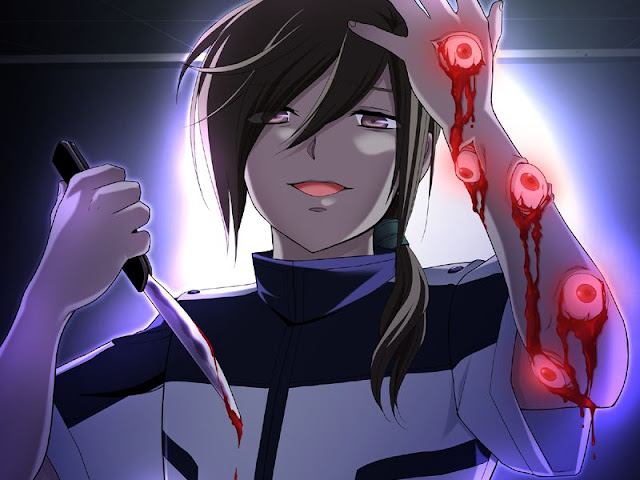 Protagonist is one of the most prominent features of the game - really strong and memorable. Heroines are very different, but all of them are interesting, developed and just great. Story is thrilling from beginning to end. SOL scenes are full of good humor, on the same level with AXL that I still consider paragon for it. Ero exists in harmony, it does not abuse screen-time. I love character design and graphics there, but those black screens made me paranoid at times. There were black screens after video insertions, so I needed to move mouse cursor downwards around Start button to get picture back afterwards. But game also seems to use black screens in game a lot, so I found myself hysterically pushing mouse at those moments. 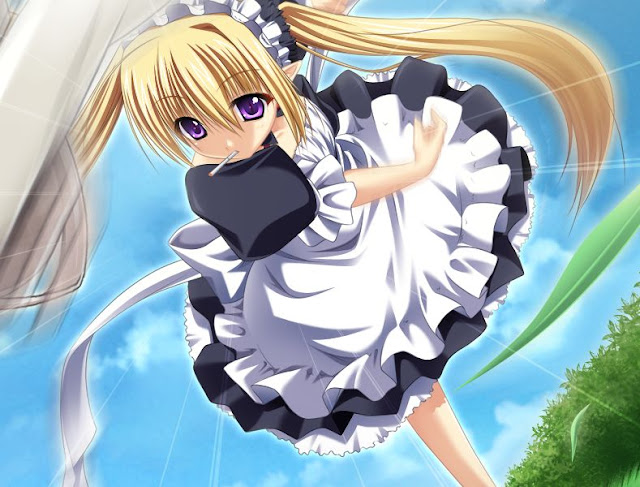 I don't think that lack of individual routes is a problem in this game. It's much better for me to have clean structure and one great route than several half-baked ones leading nowhere. My review is really not needed with so many great ones around, so won't wast my breath anymore. Great game. Play it by all means. 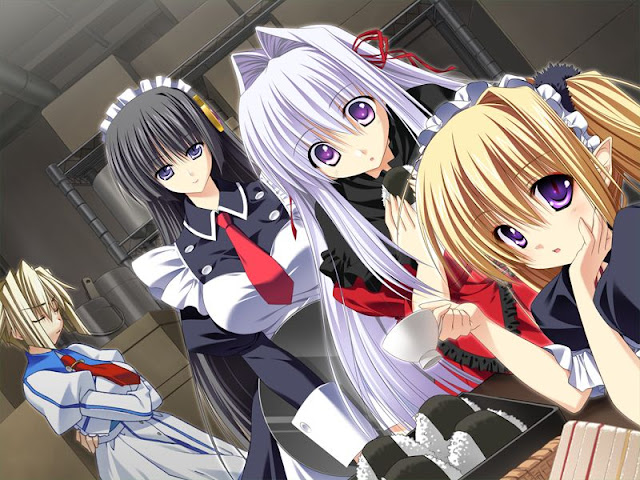