Foreword: It seems to be one of most popular games of AXL with multiple console releases and even almost full translation, such game just can't be missed. 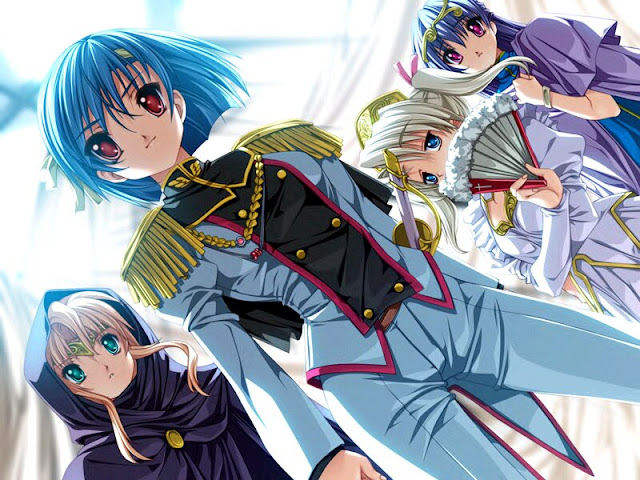 Synopsis:
Name: Kisaragi Shuuji
Parents: Deceased, adopted by the chief of the VIP protection Division of Aigis
Job: Bodyguard for Aigis Security
Codename: Shield 9
Current Assignment:
To infiltrate the St. Theresia Gakuen for girls undercover under the guise of "Yamada Taeko" and protect Kasugazaki Yukino and Tsubakihara Ren against unknown attackers.
Allotted Equipment: Standard gear as well as a bulletproof crossdressing kit.
Expected Complication: Shield 9 having problems with pretending to be a girl and interacting with ladies.
Unexpected Complication: Error - data disk failure... 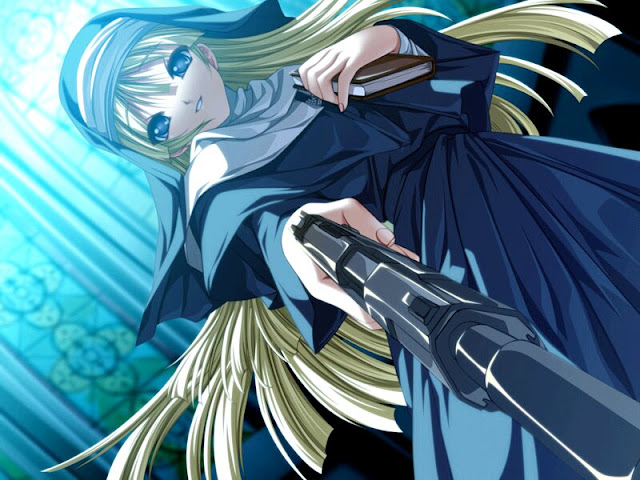 And ... I'm denouncing this game as masterpiece and game of the month. It's the worst of first three AXL games so far.

My main concern is that I did not like common route at all. I tried to appreciate the humor here, but could not. The same cheap trap cliche elements are repeated over and over - girls try to see protagonist's pants/breast/nakedness with him being super-protective about it. 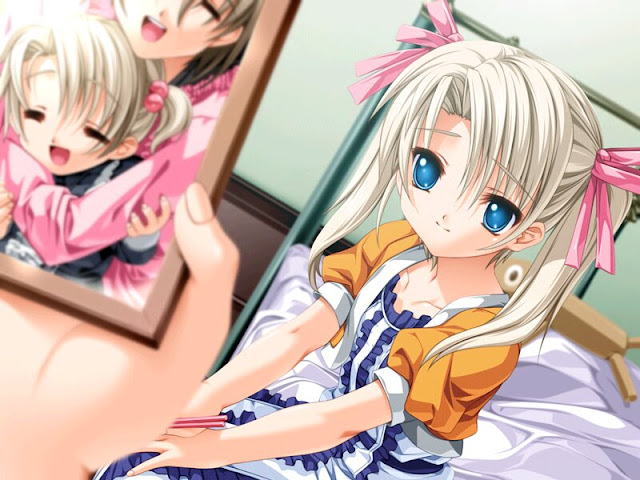 Heroines are too bland for me. Basically, all of them are ojou-sama attending Nadeshiko club at elite girls school. That alone makes them share half of traits. I'm not a fan of this archetype, the only ojou-sama I liked was Kashiwara Sarina from Kira☆Kira. But in previous two AXL games there were several cool side-characters who contributed greatly to game's humor so that girls could bear more serious approach. In Koisuru Otome to Shugo no Tate gay teacher and weird chief Kachou did not impress me at all. 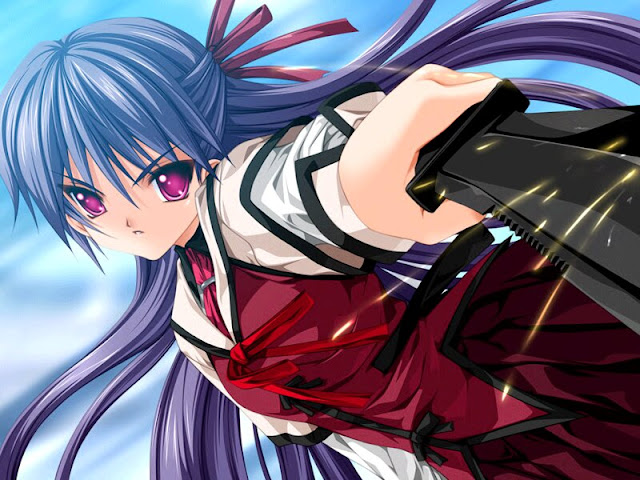 I even have concerns about system. Common route is super long, but is filled with filler scenes mostly. So when we replay the game and skip all scenes that game allows us to skip... there's very little left for individual heroine route. And I find those 50 choices to make during each route super irritating. Why is such torture implemented instead of normal funny route and individual route fork? It's just a huge time waste implemented just to look at individual girl events early on. Even Marina the spoiled cute child could not justify watching those small events let alone the others. As for heroines, Yuuri felt most human-like since she guessed protagonist's gender identity early on and thus was fun to watch at common events. 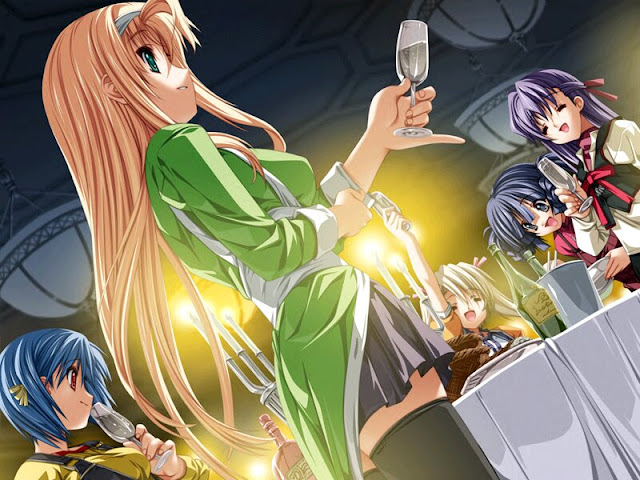 I rarely care about heroines; they are usually just worthy additions to the story. But here there's zero story. Those couple action stories don't bear much significance for the plot. And learning the culprit identity makes replaying just not worth it. It's not the  same AXL that I like, and it's not a work to represent the brand. I see Koisuru Otome to Shugo no Tate as the root of moege poison for the brand that spread to several future works in attempt to appeal the audience. Now I have a reason to skip some of AXL future works. 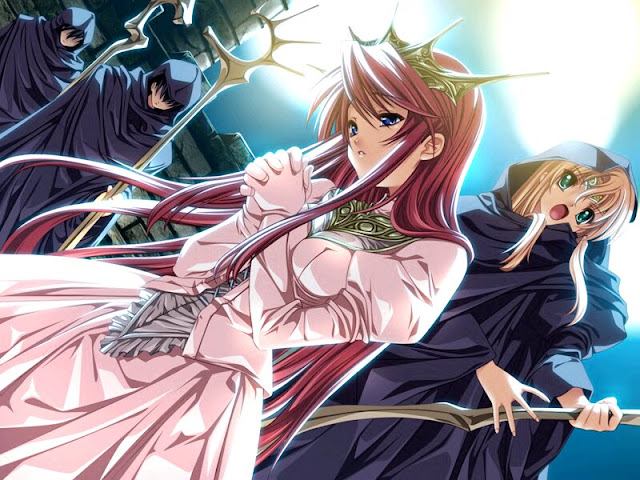