Foreword: This is a formal shameless review just to present a video and give score / personal impression. There is an abundance of reviews of this game in untranslated review sources (1 2 3 4 5 6 7 8), and I did not even include reviews in the translated review sources.
VNDB: https://vndb.org/v646
Youtube: https://www.youtube.com/watch?v=gkfbKBF3PZE&list=PLs4Gp5VU4Fv8HOd7D19oHjX9NAj_dJRkF 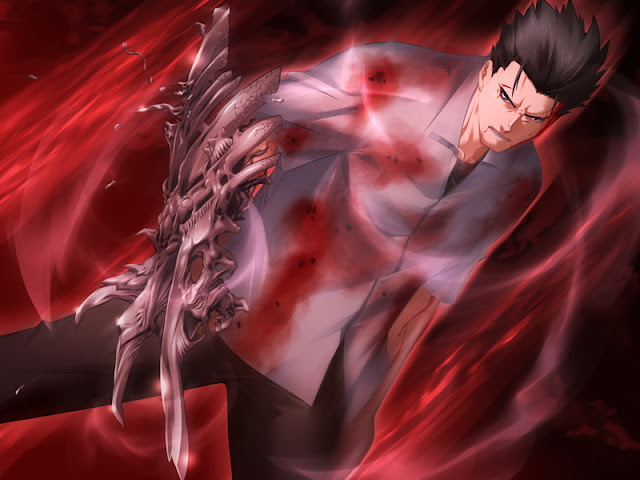 Synopsis: In face of human technological advancement during the Meiji Restoration, the youkai of Japan were forced to make a hard decision:
1) To remain as youkai and watch over the land
2) To return to the netherworld
3) To give up their power and status as youkai and live amongst humans.

While there were some that chose otherwise, the majority of the youkai decided it was best to become human. It was tough, but as time passed these youkai were able to blend in with the human world and live peacefully amongst them.

However, blood is thicker than water. The offspring of these youkai displayed the powerful abilities of their ancestors in times of great anxiety, often manifesting in horrible and dangerous ways, and were labeled by society as monsters.
Officially their condition was named "Acquired Systemic Special Heredity variety Syndrome", or "ASSHS" for short and treated as a non-contagious illness, but the common people began to refer to them as Jinyous (half-youkai) nevertheless.

Of these Jinyous, most were sent to Kamizawa City: an isolated urban area walled off from the rest of Japan to keep all the Jinyous together and away from the human population. However, the ones that were deemed especially dangerous were sent to a medical facility on an uncharted island near the shores of Japan where they would be under constant surveillance.

Takabe Ryouichi was one of those who were sent to said island at the age of five. This is a story about him along with the girl called Suzu, his only friend on the island, escaping to Kamizawa city to live a normal life. What they didn’t expect was that Suzu carried a secret that attracted much unwanted attention… 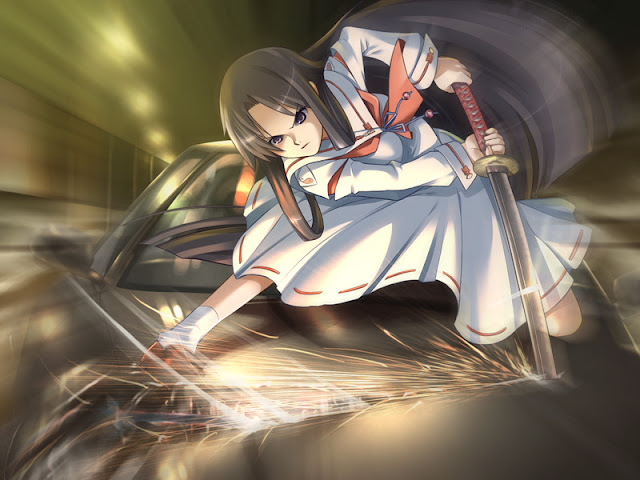 I won't be original here. Game is a firm masterpiece with great action, funny SOL scenes and just perfect quality overall. But different people find different parts faulty. Some people blame protagonist Soushichi, but I actually like him a lot. He is really funny and human-like in conversations. Heroines are the main flavor of the game. They all are really well developed, and pretty much every one of them has fighting capabilities. Each route has a distinctive individuality. 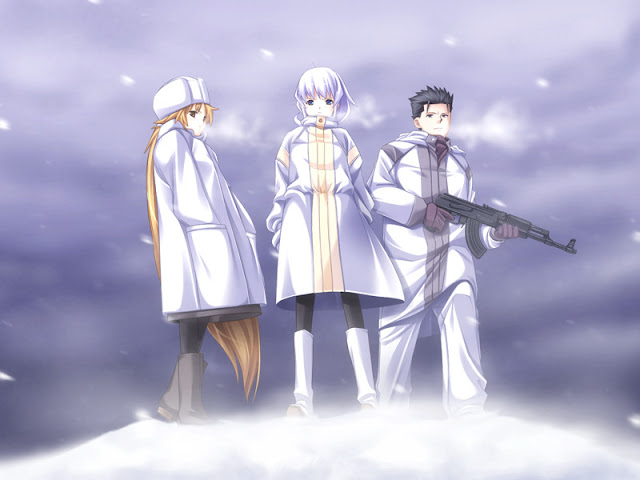 Other people did not like story resolution, but - again - everything felt natural, don't see much of a problem here. My complaint is much more profound. I do not see an interesting story here at all. On a grand scale absolutely nothing happens. There is no intrigue. Basically we get to know from synopsis that Takabe Ryouichi escapes from a clinic for youkai and is searched by the organization controlling this clinic. So what happens during the course of the game? Organization goons finally find Takabe after a few years which is followed by confrontation. That's it. Where the hell is multiple route mystery featured among vndb tags? There is absolutely no need to play different routes to get the whole mystery picture, because there is no mystery. Yes, we have different girls as allies in different routes, and different sources of power are discovered to fight back. But that's not a mystery. There are even no big twists. 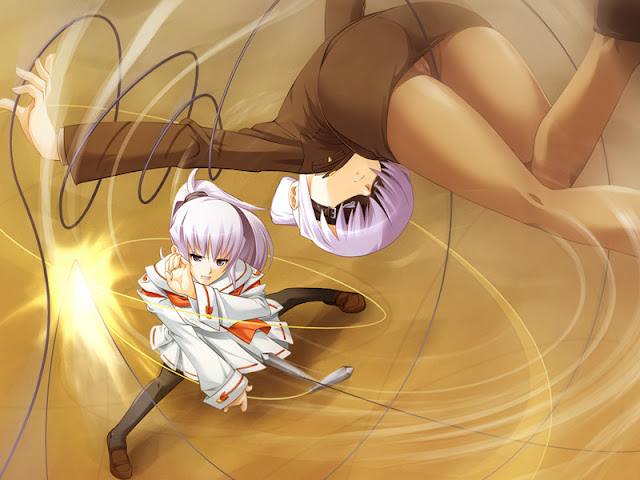 Ayakashibito is a great game, but its strength is not in depth and mystery. It's in width and details. The story is developed by constantly adding new characters and presenting their backgrounds and sometimes even small stories in great detail. I absolutely like writing, pacing and all. It's an enjoyable reading, but whenever I try to rationalize - why I keep reading - I can't find the answer, and overall evaluation degrades because of that. Ayakashibito remains a game about girls and their magnificent routes. Personally, I hoped for more mystery and twists. 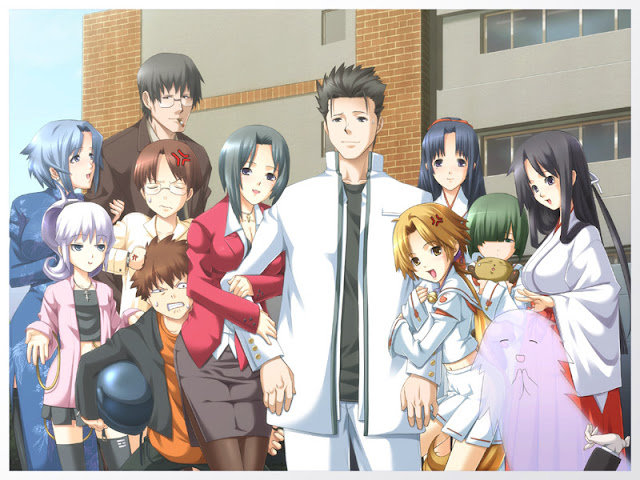 How did the story go? What happened in it?

The story is very simple. Ryouichi manages to run away from asylum for patients with special powers. 10 years later he is tracked by asylum management. In each route Ryouichi with the help of some girl with special power confronts the powerful guys sent after him and then tries to attack the management to prevent further attacks.