Foreword: I liked character designs and wide use of weapons first of all. The story looked promising. Palette is also a notable player on the visual novel scene. I ignored its first clumsy works, but it's high time for it to make a stand.
VNDB: https://vndb.org/v2921
Youtube: https://www.youtube.com/watch?v=pI4V5pl8mts&list=PLs4Gp5VU4Fv8VGk_kffrtrok065Qddm24

Synopsis: Main character is an agent of a space development company. He receives a task from his assassinated boss to attack a certain laboratory and destroy girl Theta who represents an important research. He executes this will, but only escapes with the girl instead of killing her. Organization issues a bounty for their heads, but Theta has a strong determination to follow protagonist.
Three bounty hunters set a trap, but one of them is saved by protagonist in the end, so they form an alliance. There can't be peace until new organization boss is defeated. But what secrets does Theta hide with her silence? 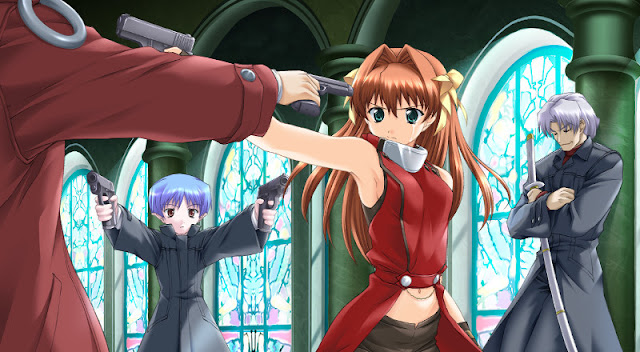 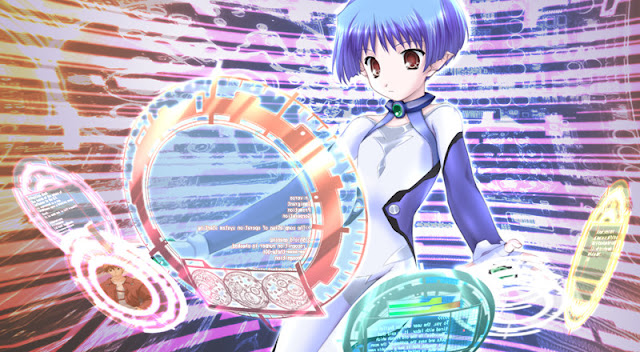 Well, I'm not impressed. It's actually a weak game that should get 5/10, but heroine Holly (Takumi's lover prior to fleeing from organization) mends things to a certain extent. There are five heroines each with neat character designs. But somehow Saki and Meifeng get only horrible CG and even poor sprites, so they just don't feel right. Rea is a maid archetype, and she does not stand out much of her comfort zone. Theta is our loli main heroine, but she comes right from the laboratory, so she represents naive trait. Only Holly has an interesting background, conflict and development. She's got perfect looks in her leather suit and glasses as well. Game could be saved with characters alone even with such simple story if other heroines were at least half as cool as Holly. That inevitably brings us to the story itself. 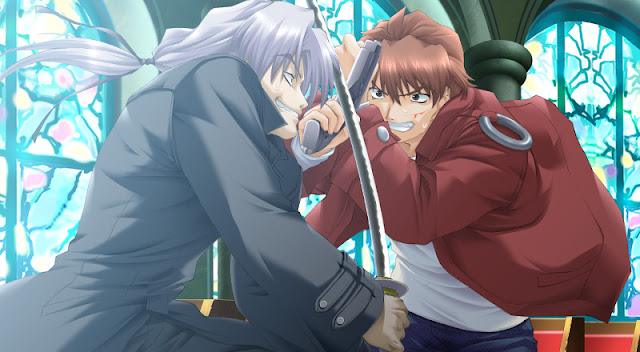 But actually almost the whole story is given in the synopsis. Half of the game is taken just to cover the synopsis events. The other half we fight the poor new boss armed only with katana with our squad of experienced fighters with firearms. And the same fight with the same backgrounds and flow happens twice in the game which provokes a strong deja vu feeling... There's a lot of questions to boss motivation and reasoning. Presenting antagonist as a fanatic is a very poor thing to do in any scenario. The first screenshot in the review actually represents how stupid the story can be (but mind it that Theta is not quite herself there). The worst part is that 99% of the story is exactly the same in every heroine route. I wanted  to cover all five heroine endings, but the story is just the same, so there's little point in doing so, so I just covered two heroines, plus Holly. There's very little change apart of H event and ending scene. One detail is different, but it's already in the spoiler league. Not everything is bad with the story, actually. I liked the world view of space colony and wicked space development organization pursuing its interests. Three heroines form a bounty hunter unit and fulfill missions together. Both Meifeng and Theta are kind of hackers supervising the missions. So there is its share of goodness. Game resembles D.U.O. ~Song for All~ a lot, but with less mature characters this time. There is even also bar that plays center role in the game.

It's hard to talk about the game that fails to inspire. So let's just look at something that inspires me much more in this game. Ladies and gentlemen, welcome Holly! 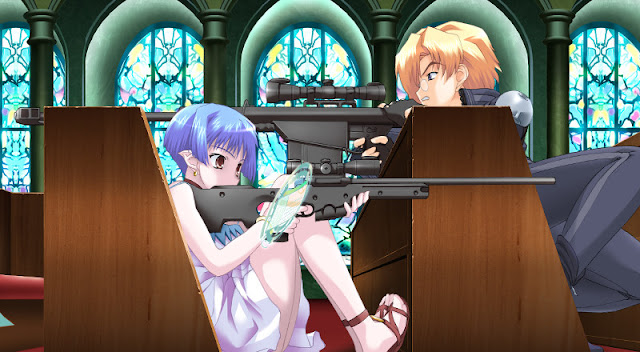 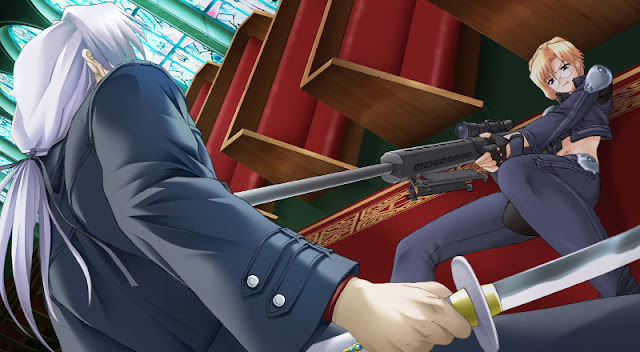 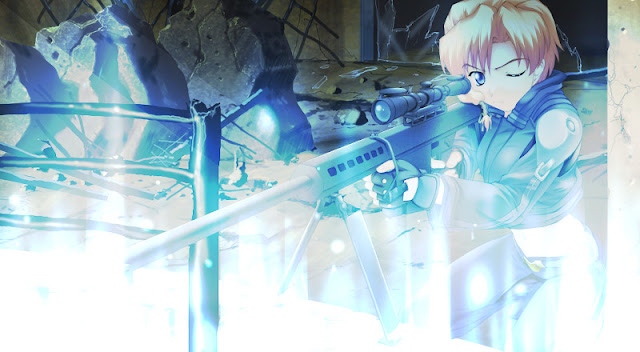 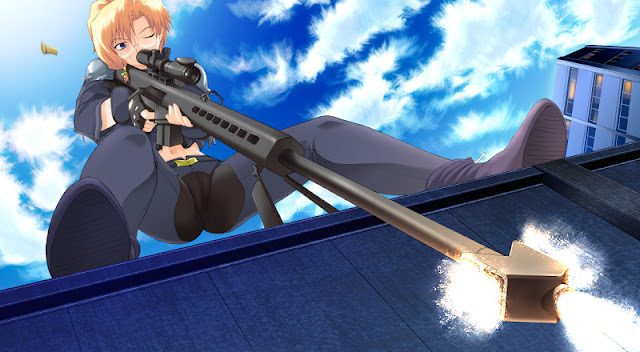