Foreword: I just like everything that has to do MMO. Game has a curious enough concept. The only question is how it's going to be realized.
VNDB: https://vndb.org/v5344
Youtube: https://www.youtube.com/watch?v=2V6sLsNyHhw&list=PLs4Gp5VU4Fv_IUvdEluOx80SPFgHQF99e 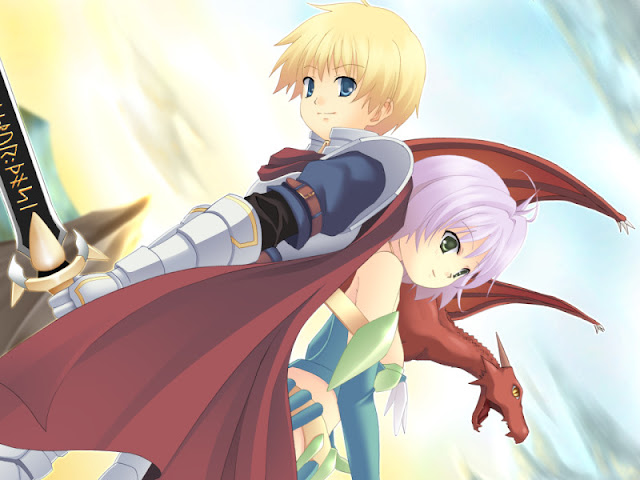 Synopsis: A boy addicted to internet games starts to search for his disappeared companion wizard Ken in the real world after finding some traces on the net. Will guild-mates and enemies in the game have the same personalities in the real life?

Game definitely does not reach the masterpiece status. Protagonist leaves a poor impression. The MMO overlook is from a simplistic point of view. 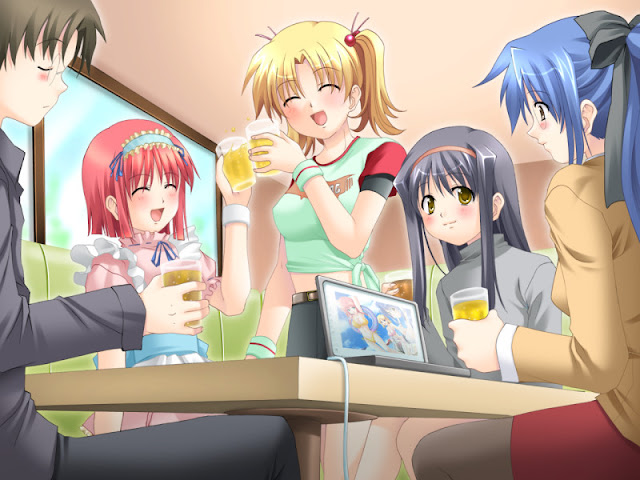 Story is pretty simple. Guildmates decide to meet offline, but leader wizard Ken refuses to come to the meeting for some reason. After the meeting there is just one big quest, after which Ken says farewells forever to everyone and logs out without explaining anything in detail. Guild-mates find his email and patiently work to discover his identity. Further can be already considered a spoiler, so that's where I stop, but as I mentioned there's nakige elements in the story.

Protagonist is an ordinary student who plays a knight of justice protecting the weak and withstanding PK characters. The party includes a priest, and the rest are magicians of different sorts. So, protagonist fails to surprise. In real life he's a normal shy donkan. 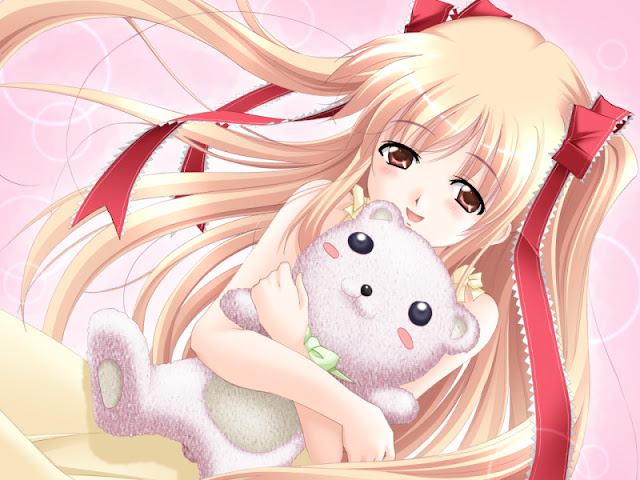 As for heroines, they are quite different. For example, priest is 28-year-old secretary. One of mages is a 20-year-old maid hostess. Another mage is a shy journalist. There is also a childhood friend who does not play MMO, but who always accompanies main character Hibiki and tries to prevent seduce attempts. Twin sisters Saori and Sumire are main heroines of this game. The variety of heroines is a good thing, but none of them really makes a serious stand. Moreover, every individual route becomes ecchi very fast, and jokes become ecchi-related as well. 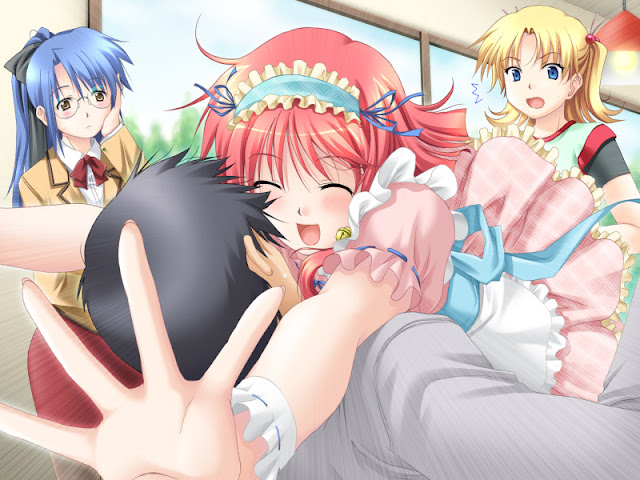 What I did not like in this game is how there is a royal road during which protagonist has to enter in intimate relations with every heroine, but there are also individual routes that repeat absolutely the same H events, but also add a bit of development afterwards. This way I get the impression of abundance of H events in the game. I'd really appreciate only having one royal story. Patch introduced four additional endings, but those are pretty much omake group endings that bring nothing important, just fanservice. 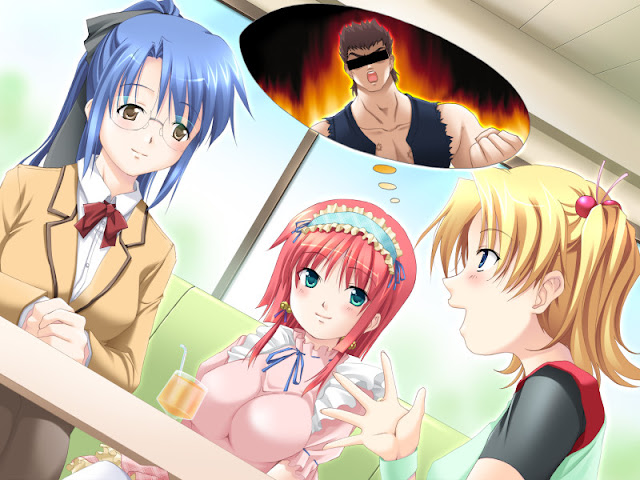 The only recurring theme of the game is of PK and withstanding them. Ken is the one who tries to treat everyone equally and bring PK back on the PVE trail. Hibiki supports Ken in everything. Needless to say, that's a very simplistic theme. Also there is little development in the MMO "Dragon Twilight". If they go on a quest, we basically only see beginning and then loot sharing.  Couple PK attacks, but that's it. MMO world mostly exists to chat together and let information shop Shinobu character to share his insights on Ken research. Real life has a bigger focus in this game.

Overall, it's not a bad game. The MMO elements were weaker than I hoped for, but for me every piece of media containing MMO is worth observing. As a comedy or nakige, it's an ok game, but nothing really outstanding, sadly. Common route and True End are pretty much the only parts that I deem worthy. 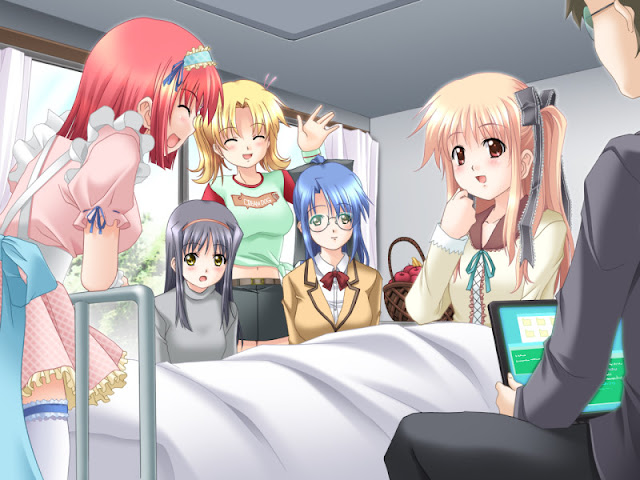