Foreword: I have very strange history with Bittersweet Fools. I started playing it about two years ago, and finished it only a year later. But the most important question is why this first minori game neglected that much? I believe I know the answer to this question.
Title: Bittersweet Fools
Developer: minori
Date: 2001-08-31
VNDB link: https://vndb.org/v164
Youtube walkthrough: https://www.youtube.com/watch?v=3CYqHFsKP-M&list=PLEJNtz1D9CPU6cTE85DdrBMeNWyN5EEbX 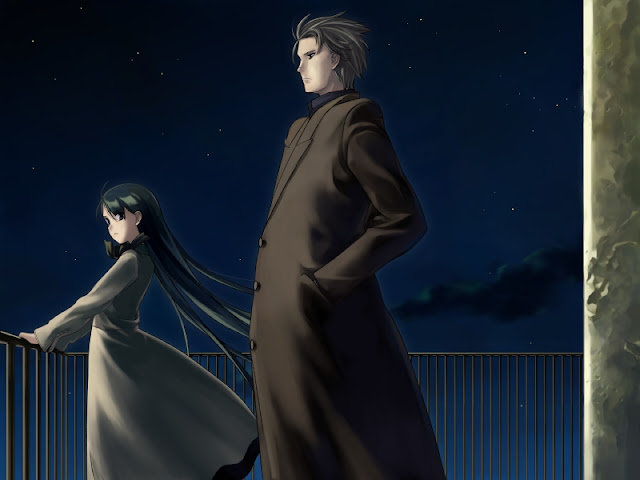 Synopsis: The protagonist is Alan, a former mafia assassin. He was required to go into hiding after a job and is now living in Florence, Italy. His days of peace and quiet comes to an end when he meets with the granddaughter of a mafia leader... 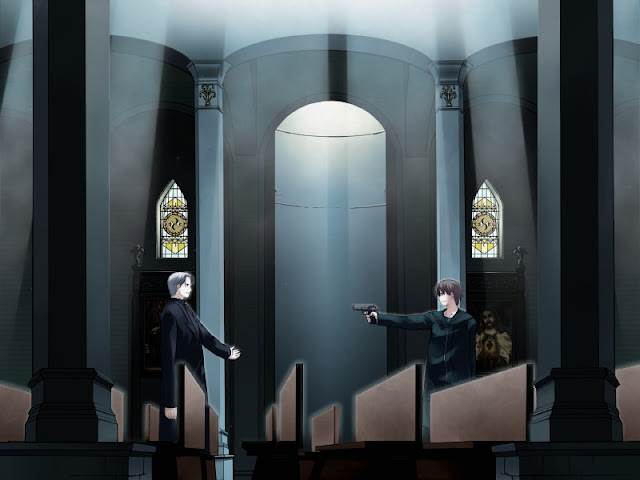 After all, I can't write a proper structured review of this game, mostly because I finished it about a year ago and also because I had huge pauses between the chapters. Here's my full story about it.
First I read couple chapters in Japanese back then and was totally confused by this game. It was a horrible experience. Ugly sprites, bad game system, no voicing, lack of action on the screen. I just could not get characters seriously. Then I installed the English patch for the first chapter, and thanks to first chapter in English I actually got some charm of the game and could at least start focusing on ugly drawn characters. I could not force myself to play after several chapters, so it was put on hold at my notebook. Then one day I had power outrage, and there was little else to do but to play the only game I had at notebook at that time - Bittersweet Fools. It was also the game that got me drowsy in no time. Then at the next power cut I went on with the story and so on. Just imagine the number and longevity of power shutdowns at my place if I was able to invest about 30 hours into this game! It's unbelievable, but I was still able to finish the game - but I wouldn't be under normal circumstances,
because it's a hellishly long story about nothing. Mafia gang just sits at a conspiration flat, and every time they go out for a walk they find some trouble. That's the plot for 21 horribly long chapters! And in the last chapter they try to run away and face rival gang finally. Sprites drawing is appalling, and CG only happen once per several hours. 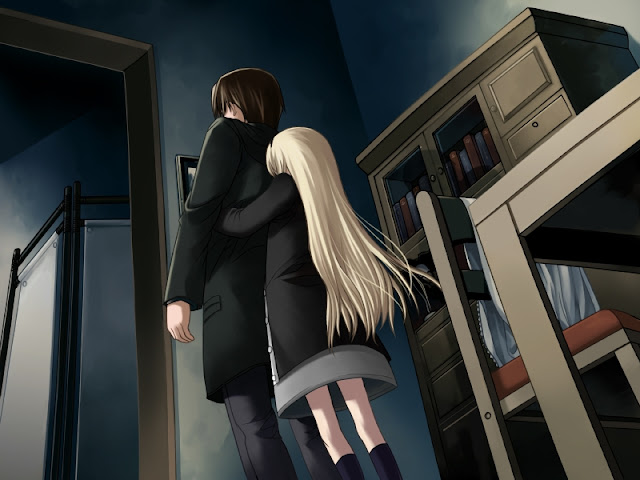 I read some impression somewhere that it's high literature here, so common folks won't be able to enjoy it. And it may indeed be so! Text here is indeed very well written, slice-of-life scenes are pleasant to read. But I'm absolutely sure that it's impossible to enjoy them in PC versions, because without voicing situations here feel artificial. But then I learned that PS2 and DC versions have voicing, and changed my view on the game entirely. With voicing I can finally enjoy slice-of-life scenes that provide for 95% of the game time. So I tried to play this game again with voicing and translation... but miserably failed at that. PS2 version can not be hooked, since there are text threads, but no memory threads for changing text found, and it's totally not worth it to find each phrase manually. With DC version I was able to get text only with Demul emulator. I perfectly see changing text memory threads here, but there's another problem - Demul just shuts down my pc in 5-10 minutes time. I tried different versions, plugins, overclocking, but pc still shuts down when memory threads are parsed by Cheating Engine + Hook any text. Without memory hooking it seems to work normally (but I did not check for longer times). And that fiasco made me include not my video playthrough link, but some Japanese one. 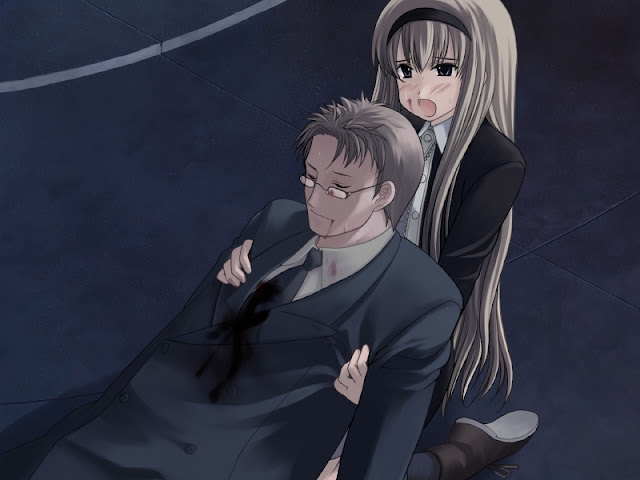 I believe that voice version is the ONLY way this game can be enjoyed, thus there are so few reviews. PC version is plain bad, and Repackage version from 2005 is humiliating since it's not a reverse port from PS2 or DC, but the same 2001 PC zero voice version just with music repacked.
So it's actually a very sincere good game that's never going to be appreciated in the West, because of minori attempts to have nothing to do with the West ever by keeping console releases only for consoles and suing anyone trying to patch their games. Game title really suits minori following policy. 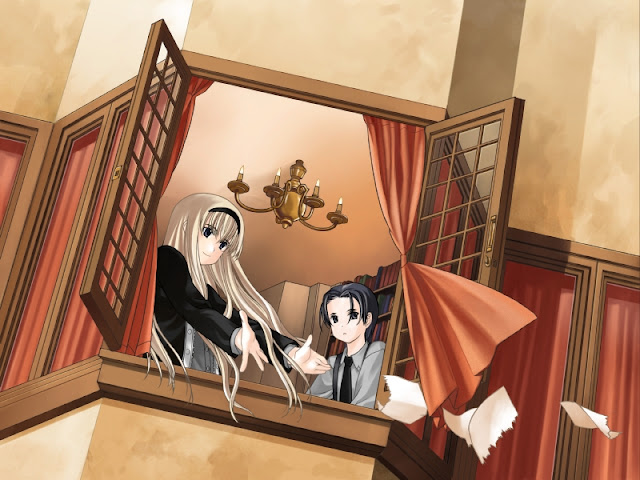 So, is the game really that bad? Considering that the story is about nothing, where nothing meaningful happens at all, I'd consider this a bad VN. So, what happens in the heroine routes, if you can still remember them? Hope to hear from you soon.

I only remember playing one route, so I'm surprised that this game has more than one route, actually. It's even more surprising that those two individual endings are for male characters - Alan and Palermo. The story of the game is really bad as the whole game we just sit at the conspirator flat and walk from time to time triggering some short adventures. Then the whole gang finally decides to move out of the city and is assaulted by their bitter rivals. This game is about Slice-of-Life scenes in the magnificent city of Florence. Those scenes are well written, but still feel repulsive with such horrible graphics and lack of voicing. Game takes so ridiculously long, so even playing it once was a great achievement for me. Seeing some additional good endings for Alan and Palermo aren't worth the pain.