Foreword: I did not have much hope for this game until I found a Japanese review calling this game a hidden gem and praising its atmosphere.
Title: Faust
Developer: Tail
Date: 2001-12-14
VNDB link: https://vndb.org/v9803
Youtube walkthrough: https://www.youtube.com/watch?v=GAn6MX7Tj6U 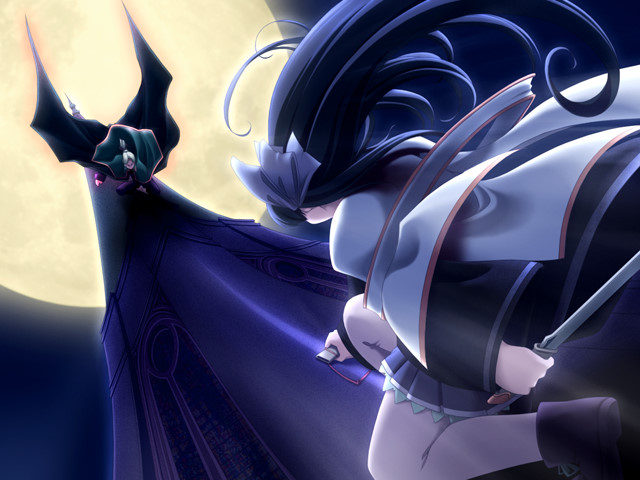 Synopsis: In a peaceful city, a series of strange "vampire" murders happened. As if to ridicule people who don't believe in the existence of such monsters victims appear one after another in a swift succession. Meanwhile, the hero who works in the university encounters a girl. Upon that encounter, he feels "something" that can sacrifice even a precious and sacred life in that girl. 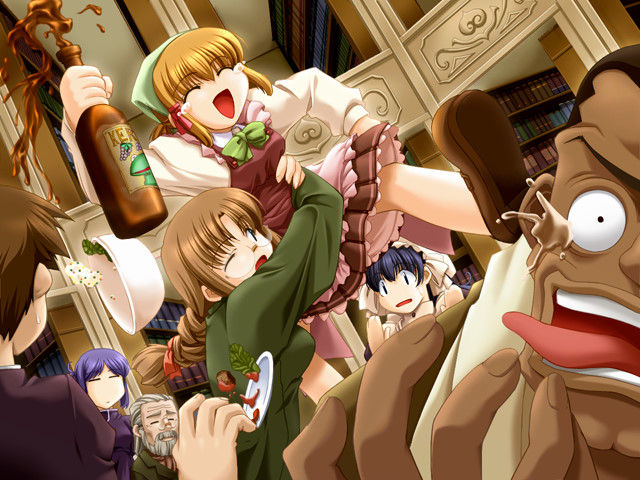 Protagonist is some guy with glasses, Edward. He investigates nothing, he is not capable of standing against a vampire. All he can is go around and talk with everyone. Typical.

There are four heroines, but only one story. The choice of heroine does not really affect the story. The actual branching to see new H events only starts very late in the game. One of those four endings does not even progress to the last 7th chapter - should we praise developers for innovation of just giving an abrupt end? 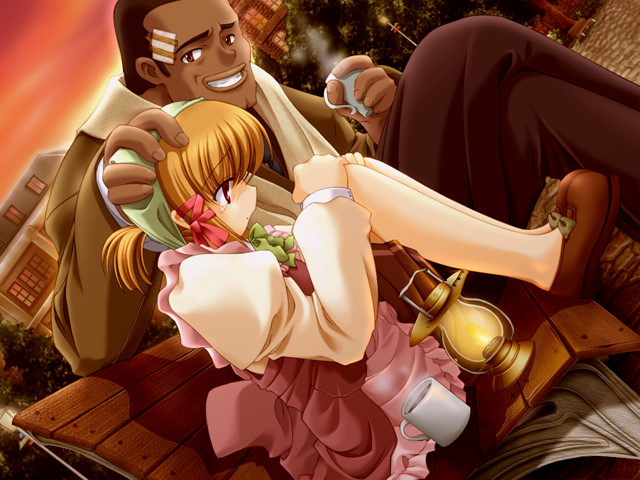 The story is not particularly interesting either. Vampires keep insulting girls on full moon nights, and noone can do anything. At one of the crime sites Edward meets Fee who is actually the main heroine, but not because she has the most breathtaking route. She's just the only person who can actually fight and oppose vampire. All the guys in the game are just worthless weird detectives with smiling faces. Town is under a huge threat, but these guys just joke around in a really relaxing atmosphere. There's an explanation to this - assaults only happen on full moon nights, and such nights happen only roughly once a month. So between the chapters game can easily skip a month.

Overall comments: I did not really understand what was the point of the game. Just like any  steampunk game it only can boast of the saturated atmosphere of the 19th century. I know what the atmosphere was like in the end of 19th century without this game, so what's the point? If it's supposed to be a charage, then I failed to see attractiveness of any heroine here. It's not a bad game, just a game without a single strong element. 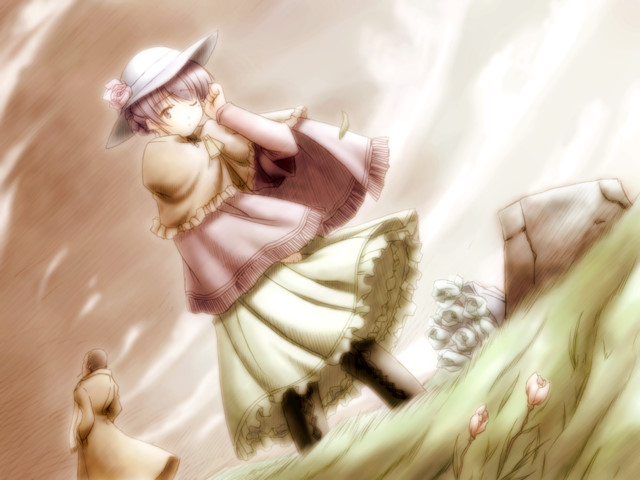