Foreword: Virus... mystery... girl with a gun... I liked these setting elements and just dived into it without reading anything about the game. Here's my honest impression.
Title: Virus
Developer: Celt
Date: 2001-12-07
VNDB link: https://vndb.org/v17856
Youtube walkthrough: https://www.youtube.com/watch?v=-Q6Lq5QEyqE 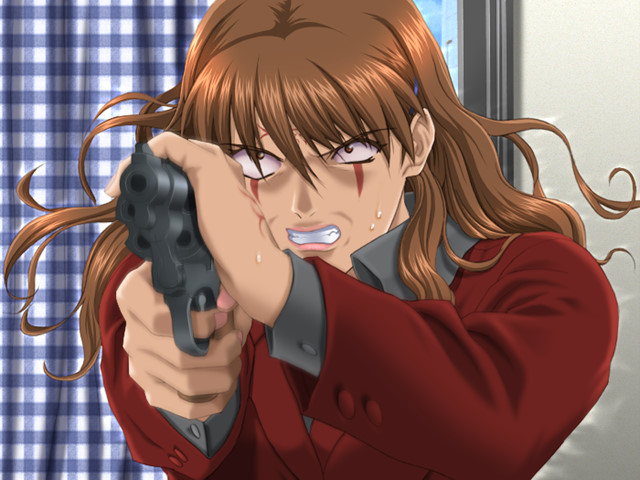 Synopsis: Main character is separated from his older brother and sister due to parents' divorce. A few years later sister asks him to check on brother who does not come to contact. Brother is found dead with a tattoo all over his body. Protagonist starts his own investigation with the help of some friends. 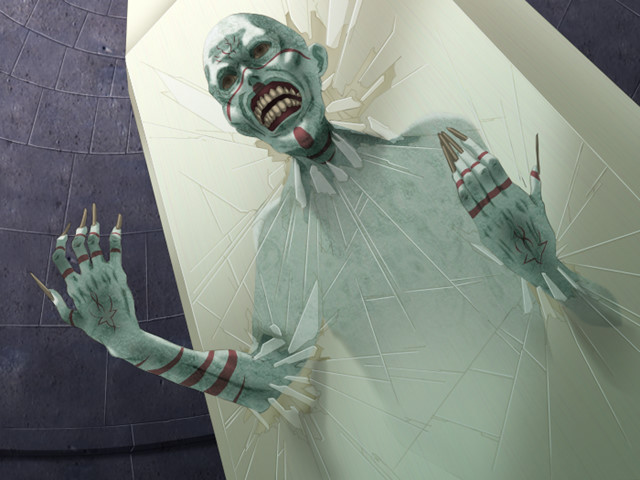 Again, not enough affinity to the game to write a proper structured review. Game is voiced and has proper true ending, so it's not total trash. But, as usual, without any strong elements to focus on.

Story is weak. All the routes are based on the fact that virus can affect anyone. So in each route we with the favorite girl face some other familiar character affected by virus, and that's it. Fortunately, there's a true route with our sister Mika where the mysteries get revealed. But it's also quite forced and short resolution, so it's not satisfactory at all. The only thing I liked is composition of routes. There were couple routes branching off early, then couple routes branching from the middle, but just one route leads you the furthest and turns out to be True route. 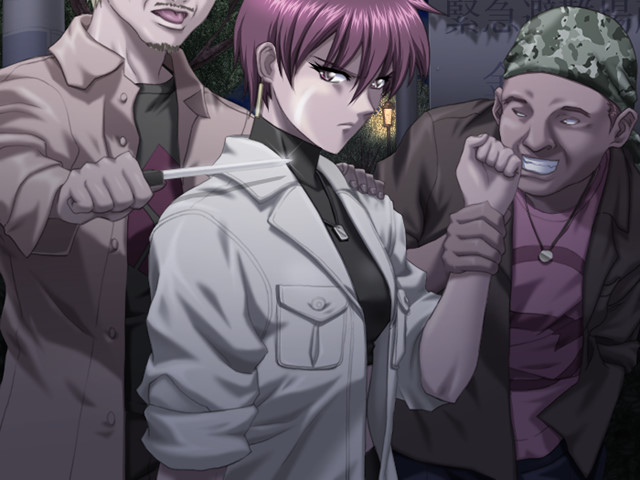 Heroines totally lack charm even though they all are voiced. There are some 6 heroines here. Protagonist is the worst. He does not have his own opinion, but forces us to make convenient decisions. Like after witnessing death from virus he says he needs body warmth and all we get to decide is which of two girls to call...

It actually looked that the same BGM was sounding all the time. 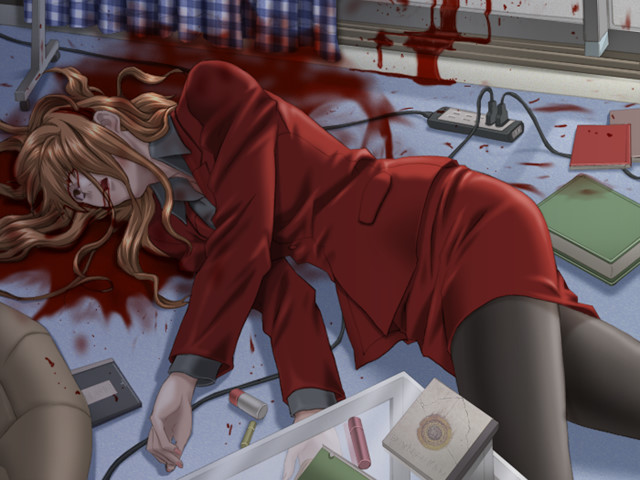 The girl with gun charm is not realized. She just breaks to the flat with the gun where we find dead brother. And she owns a gun just because she's some kind of detective. There are couple more fighting scenes with a knife in a certain heroine route, but that's it, no special affinity to weapons.

Game does not have strong points, so I consider it just to be a setting for H events. Another disappointment. 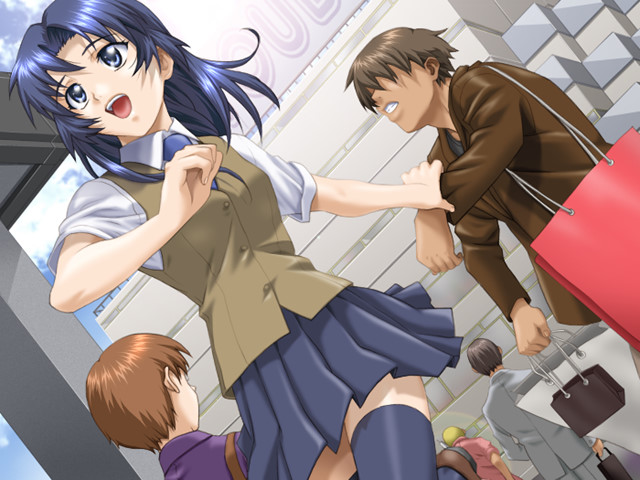