Foreword: It's a non-voiced nakige, so I'm ill-suited to evaluate such game. But it proved to be a masterpiece even in my pretentious eyes. Game does not have a true route, so according to my review codex I only play two routes for such games - one for the heroine that seems to be the main heroine and one for the heroine that I like the most from the rest of the heroines. That's Suzuka and Haruhi routes for me. Three omake side stories are of purely comical nature and are not touched in order not to affect main story impression. 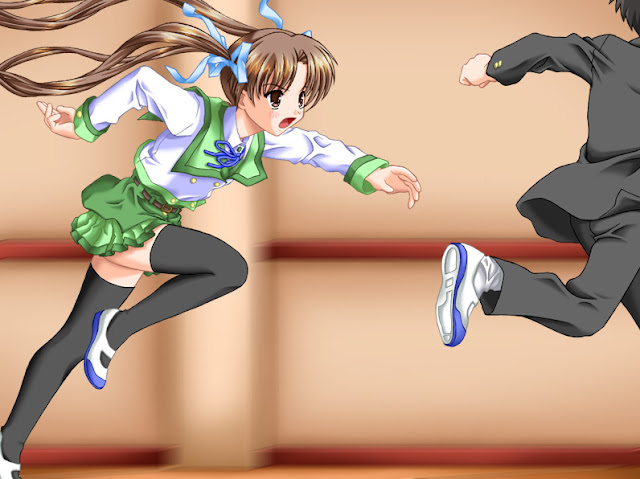 Synopsis: Time of school festival. While most students are eager to show their spirits, main character who lost his memory in the childhood pays all his attention to five girls with scars on their hearts.
Structure: 30 days from 2nd October to 1st November
Length: 5 hours per route, five routes overall + 3 short omake stories
Game type: Comedy school nakige
Difficulty: There are over 50 choices per route. Most are fake ones, of course, but I'd better follow a walkthrough.
Character Design rating: 8/10
Protagonist rating: 7/10
Story rating: 6/10
Game quality: 7/10
Overall rating: 7/10 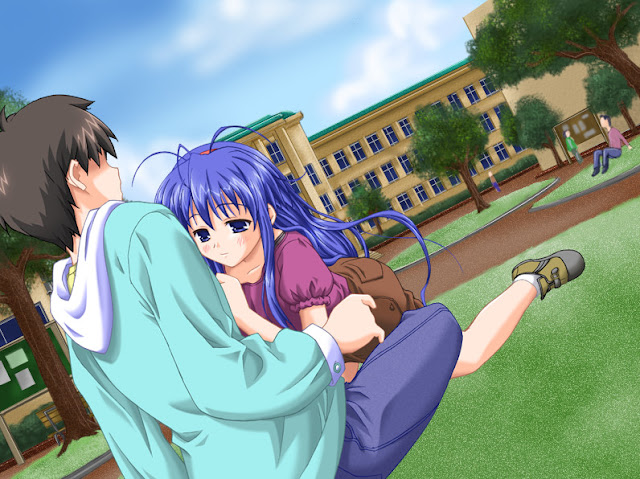 Rating comments: After finishing Suzuka route game did not feel like a masterpiece to me. But Haruhi route was a total blast easily skyrocketing the score to 8/10 range or even higher. About that further on.

Protagonist: Niizawa Yasuomi is a great protagonist due to his prankster nature. He keeps on flipping skirts and setting pranks. His memory problems only occur for the last 1/10th of the game suddenly turning a comedy game into a nakige. 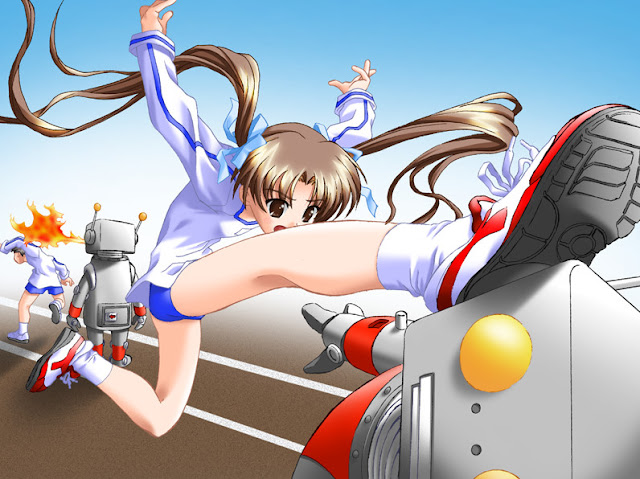 Characters: Heroines here belong to distinctive archetypes: childhood friend Suzuka, tsundere Haruhi, quiet weak Wakana, teacher Hiyori, shrine maiden onee-san Uiko. I played only Suzuka and Haruhi routes. Suzuka reminds me main heroine of To Heart Akari the most. Serious and caring, she wakes Yasuomi each morning, cooks for him, all that stuff. Her route had several nice humorous scenes, but overall Suzuka is too kind and forgiving to react at pranks. Her drama part is also forced, fast and without any surprises.
But then I played Haruhi route... and that was totally from a different league. As tsundere, she explodes at even the mildest jokes and starts chasing Yasuomi. She's just superfun to play pranks on. Somehow, I'm not tired of tsundere characters yet, and she's less generic tsundere as she does not uses "betsuni" and the like words. She's also really pretty and has both swimming suit and maid themes to develop. Her serious nakige part had an emotional impact on me, especially because her route has two endings with songs in a row very different from each other. That's all I can hint without spoiling much. 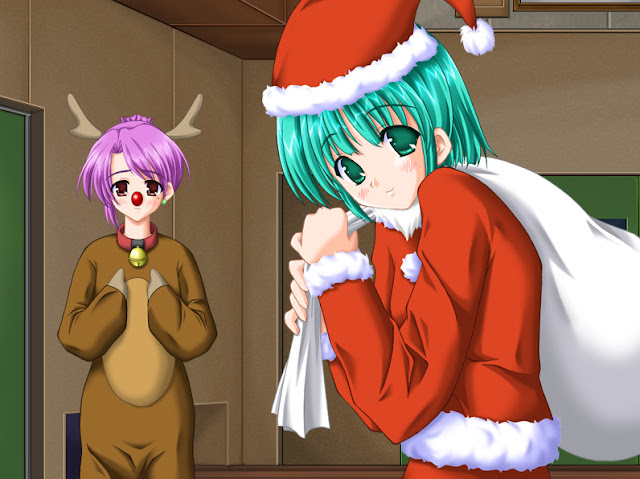 Story: Just going to school for till some 25th October, then dealing with memory problems. Various events before/during/after school make the bulk of the game. There's just a small touch of madness with mad scientist and his robots.

CG: There aren't many CG, but the quality is adequate. Just one H scene per heroine and one common bath scene. 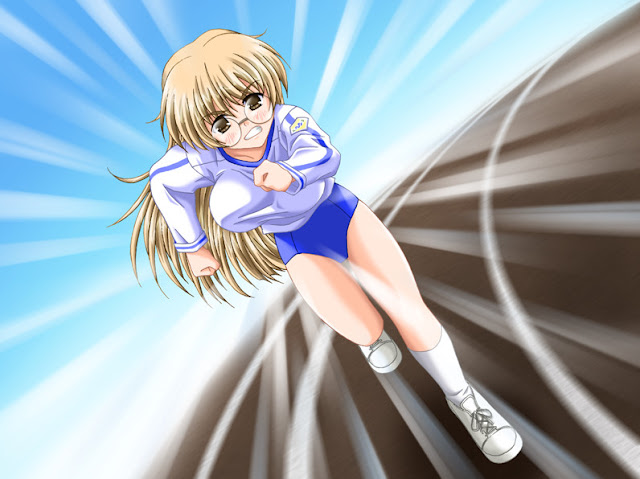 Title and Themes:  Title only is being hinted in the opening song, but is not reflected during the game.


Overall comments: It's a great nakige game with very nice characters, but it's indeed difficult to write about the game. There are couple dozen of Japanese positive reviews, but they are also inarticulate when in comes to explaining why game is good. What I only mean to say is that it's a huge feat to make a masterpiece charage/nakige without voicing, through character traits and jokes alone. Long live Marron and its following two games without voicing... 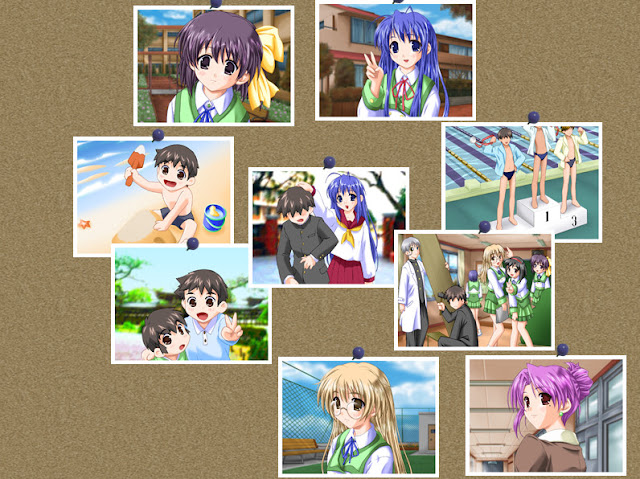