Foreword: I don't review anthologies and fandiscs, but this time I have to deviate from this tradition for the fandisc of the game of the year 2000.
Title: Nijuubako
Developer: KeroQ
Date: 2001-11-30
VNDB link: https://vndb.org/v6247
Youtube walkthrough: https://www.youtube.com/watch?v=xwioMkDCF88&list=PLs4Gp5VU4Fv9AcuZZF8nvm-DbGt0ZKEI3 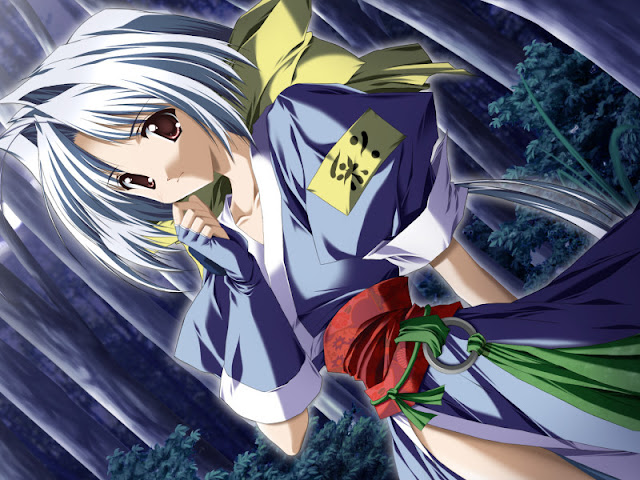 Synopsis: Among other accessories there are two stories:
1. 『イルとスイの日常』"Il and Sui everyday" is about Il and Sui exploring outer world and own sexuality.
2.『砦に帰す』"Return to the Fort" is about Aya group expedition sent by Iga ninja to investigate an ancient Yagyuu fort five years before events of Nijuuei. 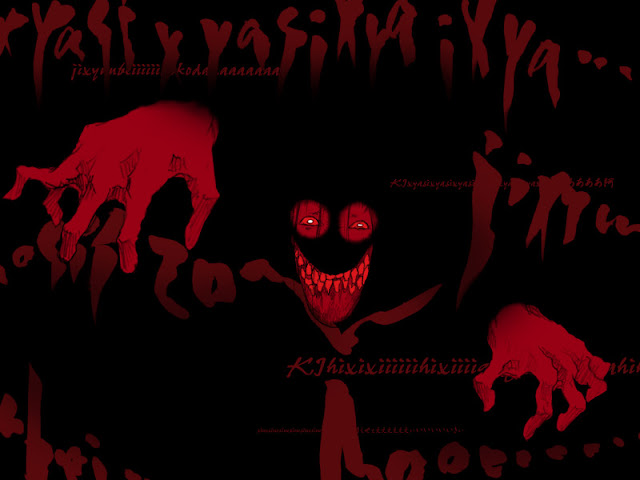 Rating comments: "Return to the Fort" story really impressed me. It restored several loose links in the original game and developed some existing themes. "Il and Sui everyday" is a banal fan-service story, I won't touch it in any way in this review.

Protagonist: "Return to the Fort" has very curious approach to protagonist. Main protagonist is experienced expedition leader boy Kiriha. It's a convenient position since we can talk to everyone and coordinate their activities. But when the story dictates it, protagonist can be changed. Sometimes we don't even know who is our current protagonist hidden behind generic "Man". 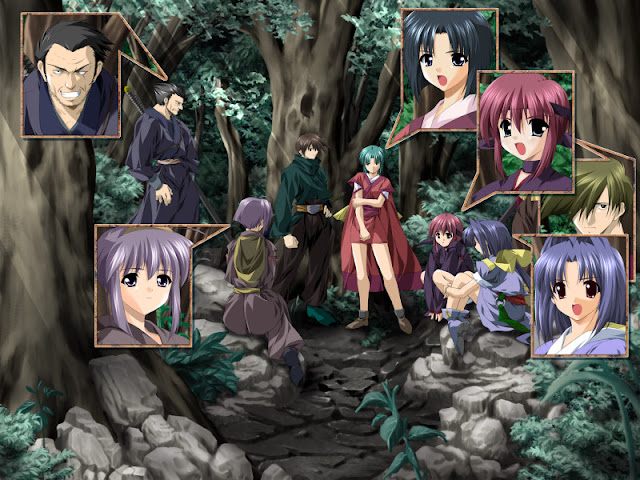 Characters: There are several female heroines, but most of them don't get enough screen time to even remember their names. Aya is the main heroine, and it's especially wonderful that her mystery from the original game gets solved here, even two mysteries. Can't even hint, though.

Story: The very beginning is a group of ninja sent by Iga ninja clan getting to the fort in the wilderness with a lot of losses. Something's killing them one by one, presumably something from the fort. But as they sneak into the fort, it turns out to be empty... that's literally the very beginning. There's a lot and lot of development from this point. 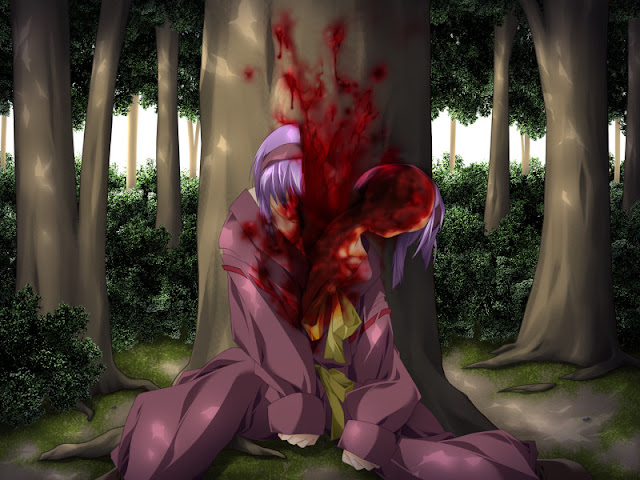 CG and Sound: Great CG and finally voicing. Manga strips for action scenes are as cool as ever.

Thoughts:
1) Both Nijuuei and Nijuubako are released on the same day, 30th November, but the years are different. I seem some playfulness in releasing both games on the same date.
2) Aya is not the only character from Nijuuei in "Return to the Fort", so it feels totally like a prequel, not like an individual character story.
3) "Return to the Fort" not only tells the story of Aya and another character from Nijuuei, but it's also a detective story, a horror story, an action story and the story of cursed sword Muramasa.

Overall comments: Surprisingly lovely game as a result. Good mix of genres and lots of references to the original game. That's the way fandiscs should be - additional story-focused piece rather than worthless fan-service. 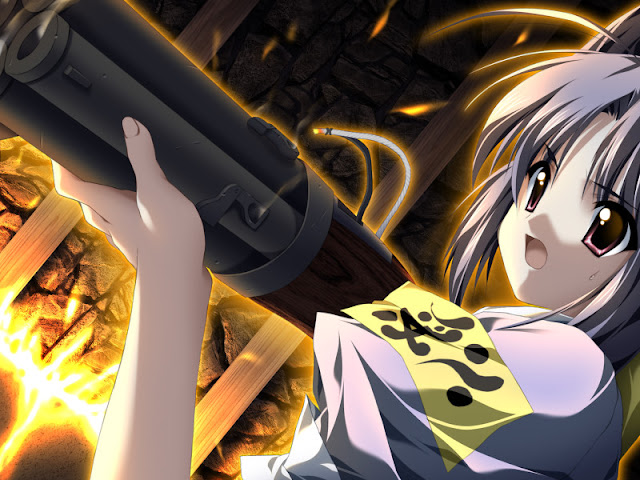