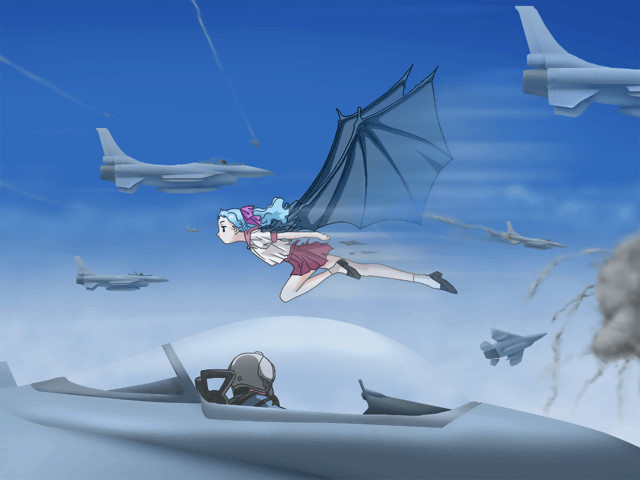 Synopsis: Main character lives happily with his lover and friends around him. But one day the world comes to an end. Protagonist's brother is looking for a leader in this crumbling post-apocalypse world and he finds the leader in protagonist's lover Sena who undergoes transformation suitable to call her God's child... The two people keep on living happily. However, the fate is not smiling at them. 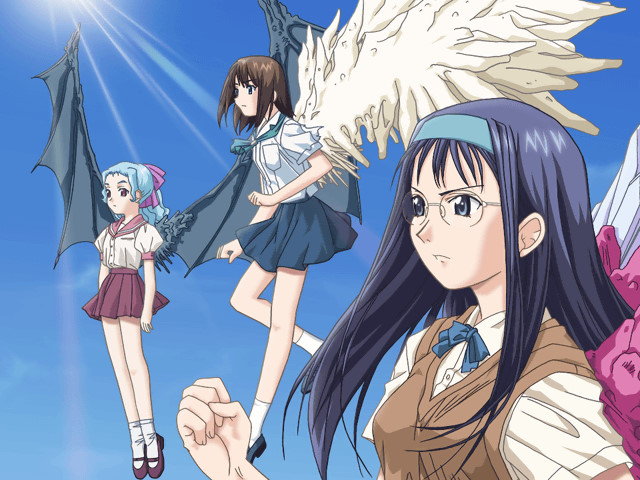 Rating comments: Game itself is of mediocre quality, but plot loopholes do not leave it any chance to be treated like a proper game.

Protagonist: Itsuki has a face and he's quite a decent protagonist who does not chase after each skirt. But for that we have his older brother Reiji who insults every girl in the game.

Characters: There are two routes reserved for other heroines than Sena, but Sena is the main heroine, so I needed to see her route first. And after seeing it there was no room for going on with this game, ever again. All heroines in this game are pretty much alike - they behave normally in presence of Itsuki and have even some emotional moment before H-event - that in-between of the multiple insult scenes with Reiji. 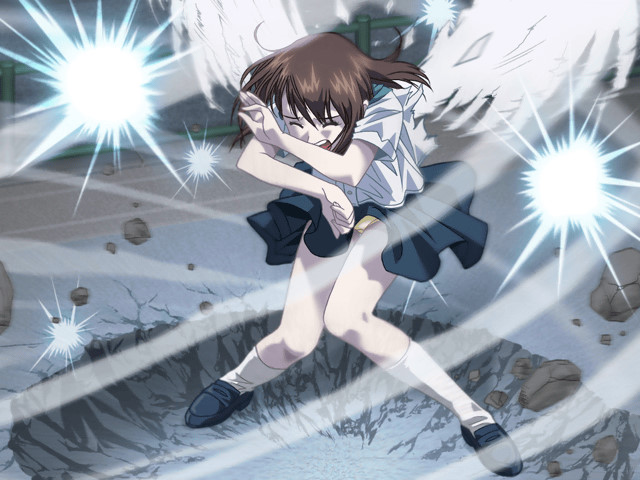 Story: Story is divided into three structural elements. Common route prologue prior to the disaster, main part at the time of disaster and epilogue after the disaster. Prologue is just about funny school life and birth of love with Sena, quite nicely done, actually. But main part messes everything. First, we get to choose one of two protagonists at least 10 times in the game. And selection Reiji scenes shows us insult scenes with his lab worker or one of three female test subjects each time. Selecting Reiji scenes also forbids us from reaching True ending rendering friendship ending instead. As for the main story...  nothing is really known. The facts are that Itsuki awakens after a month of coma and finds the world totally changed - almost all the buildings are damaged, people starve and live outdoors. At the same time some mysterious organization appears that concentrates power in its hands and develops a weapon to oppose some external forces. We're not told anything about those external forces, and autocratic organization calls everyone to join forces to protect their homeland. As just one incident, organization sends 120 air crafts to bomb the mainland. At the same time organization makes experiments over girls to grow them wings and - surprise - use them to kill pilots in the pilot cabins of air fighters. And what kind of experiments are used? I think you know yourself - it's an eroge, after all. No answers are really given - how demilitarized Japan managed to afford and build 120 air-crafts in one month, how organization managed to usurp power, what kind of disaster happened - nothing at all. There's no use to describe main part any further, since there's no sense in this half-baked setting. We're not even explained how it ends - something happens, be happy about it. We get some explanation, but it's just usual deus ex machina thing. 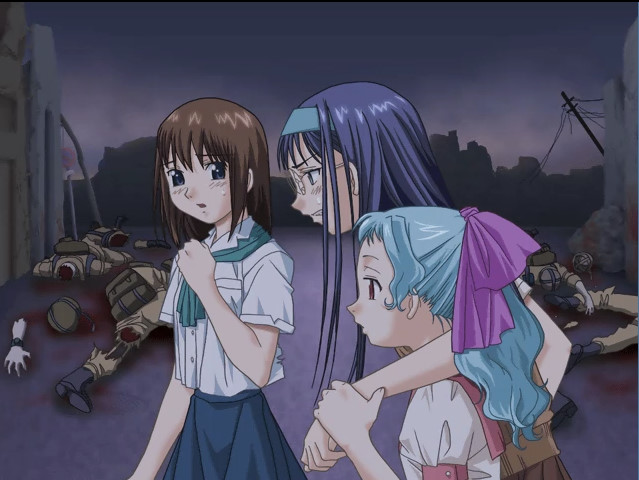 Thoughts:
This game is what happens when story is neglected at all. We're basically told that what you read holds no sense. How is it possible to try and read other heroines routes after that? I reached both normal and True end for main heroine Sena. But these are absolutely the same stories save for just several different scenes and endings. Game's a shame, really.

Overall comments: What we get is ero-centered end-of-the-world adventure about nothing, not even about knowing other heroines better, so there is no repeat-ability. Let's just treat it like an experience an move on. 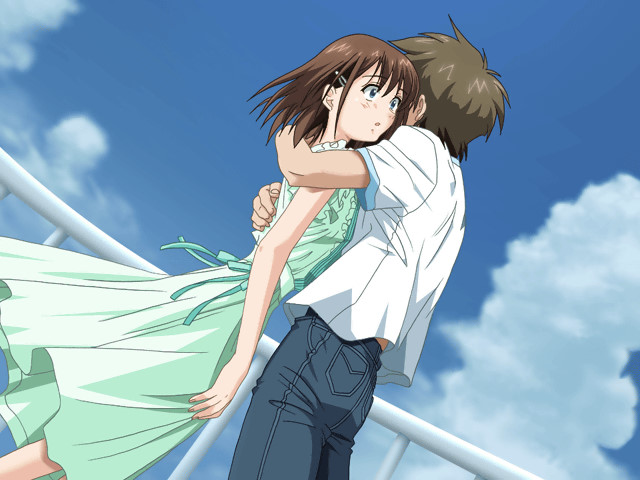