Foreword: I only picked this game because it has no reviews and scenario writer is Kanno Hiroyuki. Just can't believe he can write some total crap.
VNDB link: https://vndb.org/v2028
Youtube walkthrough: https://www.youtube.com/watch?v=6lXxwzu3BJc&list=PLs4Gp5VU4Fv8rKP5oDa1nzt0KevjFrmhw&index=26 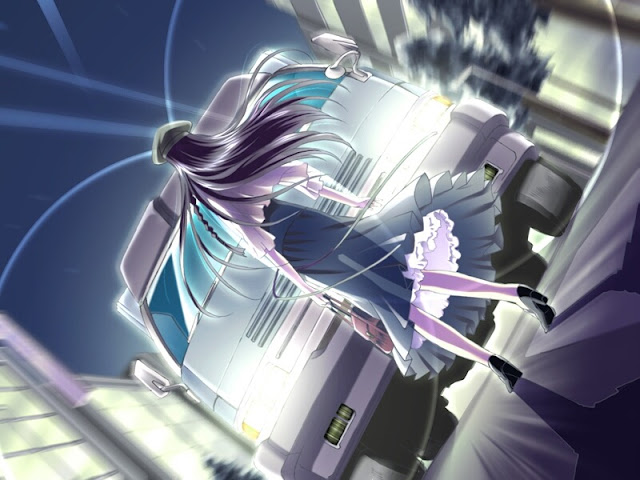 Synopsis: Naomi Yuiki, 21 years old single, college student. Though her parents died, because of the inheritance she and her brother, Kouta Yuiki age 18, can live without much trouble.
Even though she is 21 she is still a virgin because secretly in love with her younger brother. Even her attempt to get over him by sleeping with Takuya Yoshizawa, a genius surgeon and once a subordinate of her fathers didn't work and that depressed her even further.
At that time she met with an accident. A traffic accident so severe that her whole body except her brain is ruined beyond salvation. Just as doctors were about to give up on her an another patient at the same hospital, Akane Kitahara suffers brain death. Taking this chance, Yoshizawa who was working on advancing the research on the brain transplantation decides to transfer Naomi's brain to Akane.
Naomi's new life as Akane Kitahara stats. This time Naomi is not restricted by morality of a brother and sister relationship, but things don't go as easy as she hopes because being Akane brings her own relationship problems. Chaos ensues... 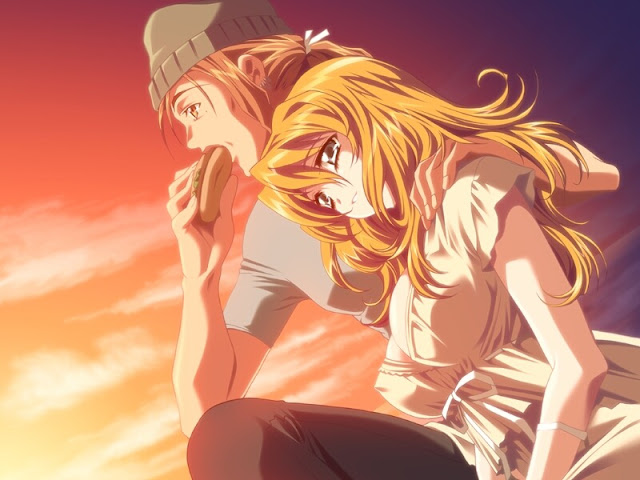 Rating comments: I do not see anything appealing in this game, really. Ero-tilt outweighs any attempts to sustain the believable story.

Protagonist: Yuki Naomi is supposedly our main heroine. I say supposedly, because protagonist position shifts frequently, and we sometimes even see Naomi from someone else's point of view. At the very beginning of the game Naomi is already head-over-hills over her younger brother. Then she gets into an accident and her brain gets transplanted into Kitahara Akane body. And there starts the madness, actually. Akane had a very degenerate and brute sex-addict boyfriend... and Naomi just can't say a definite "NO" to him. That was a total BS and I lost that little faith in character that was left. 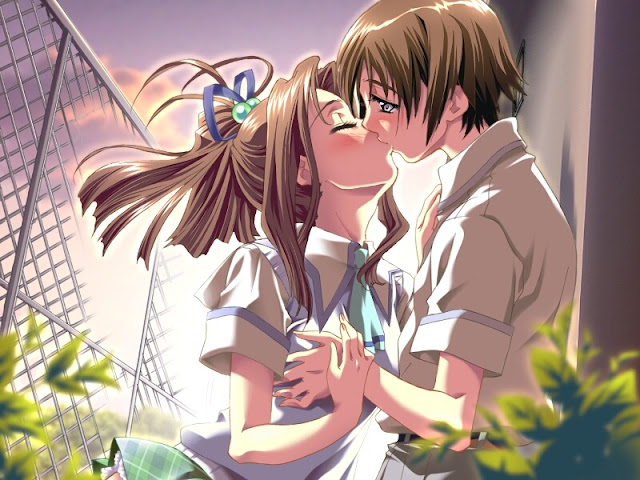 Characters: There are three male characters, three female characters and 18 endings. So you can guess that pretty much everyone gets to hook up with everyone from the other gender. Add to that some yuri and some 3P. And there is no time for any sort of romance, so H events happen pretty much spontaneously, absolutely disgusting. What was only a bit relieving for me is that that brute ugly sex-addict boyfriend Kobayakawa is not really that bad guy in the main flow of the game. He basically helps Naomi with her embarrassing requests and even kind of protects her. Apart of that everyone behaves like animals. Younger brother Kouta is the most disappointing in this regard, because he gets to hook up with all the heroines of the game despite having childish look and still attending school. His voice defect is absolutely irritating. Well, game is irreparable at this point, anyway.

Story: So all the problems arise from the fact that Naomi inherits Akane sexy body and ugly brute boyfriend. She also has to pretend Akane and live at Akane family while seeing her beloved brother only at school. At school she's always several steps late, so her brother gets to hang out with all the other female cast beforehand. She gets to do homework at her brother's place, but that's probably the only encounter in the game that does not lead to sensual scene. And during that visit Naomi is so stupid that she continues her diary in her former room. That diary is eventually found with these recent notes, and that totally reveals her identity and brings us to confrontation in the final scene. That's the whole useless story that is presented here. It took me quite some time to figure how to trigger True end - for that you need to exit the game just after yellow lines in the closest to True route ending. The hints corner at the bad ending says that since it's the closest to True End ending no hints can be revealed. 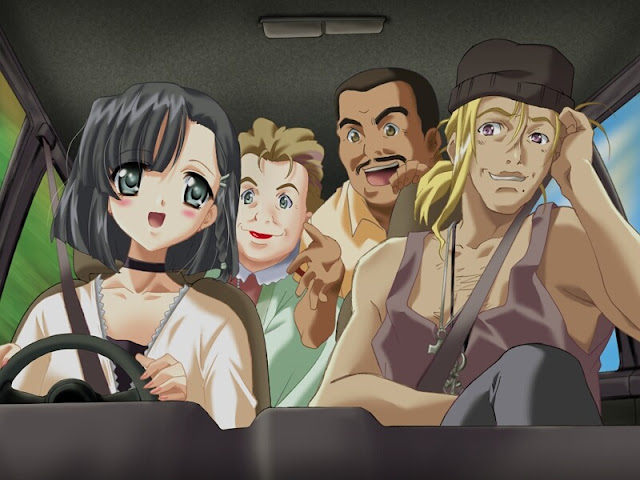 Thoughts:
1) Incest motives were alien to the visual novels at this point. There was just one game that slipped through the censorship which had blood-related sibling as capturable heroine. So - as I see it - the whole point of this game is to show forbidden sibling love while inventing a scheme of brain transplant to avoid blood-related incest. From today's point of view the whole concept looks absolutely irrelevant and useless.
2) This is the weakest Kanno Hiroyuki scenario by this point. His famous zapping is abused here just for sex scenes. Characters are bleak and plot is full of irritating loopholes.

Overall comments: Nothing stays at the same place, not even Kanno Hiroyuki. It's evident that plot outline and ero-tilt are dictated by Red Label developer. So if the game looks like poo, feels like poo and smells like poo - it's indeed poo, and no brilliant text writer can fix that. 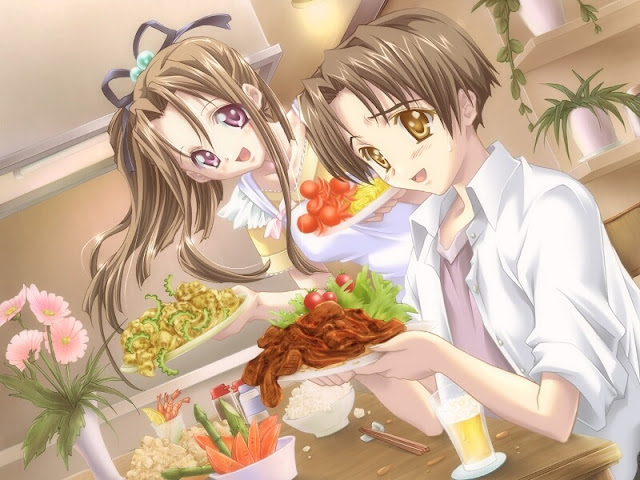