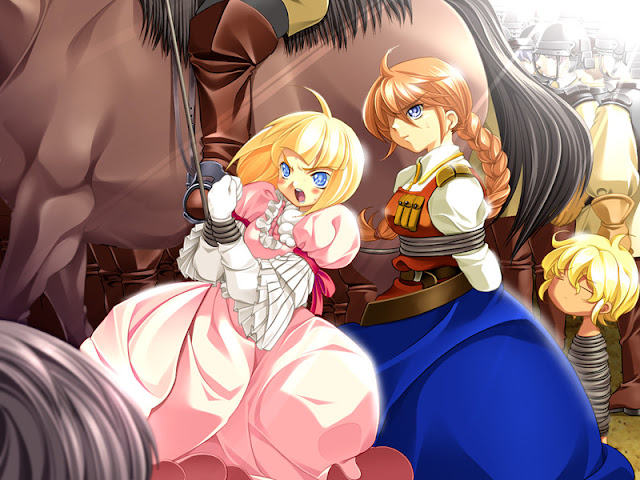 Synopsis: Year 1699. A young priest, named Kevin, sailed to the peaceful town in the British colony in the New World. This town's name was Salem. He is yet to know all of the horrors of the Salem's witch-hunt.

Rating comments: Story became a major disappointment for me dragging it all down. 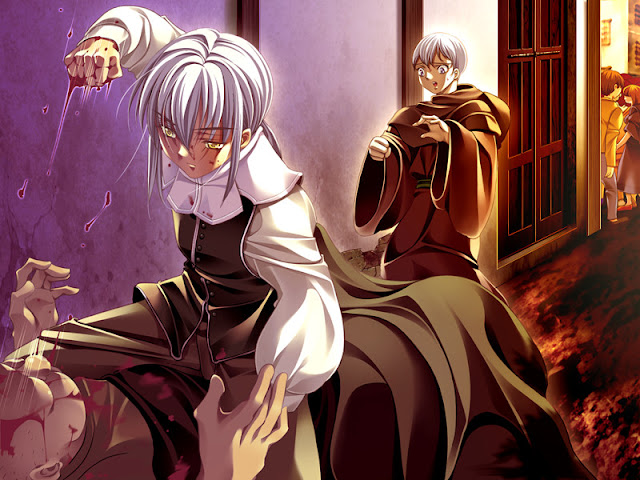 Protagonist: Kevin is actually really nice. His identity is complex - English pastor of indian origin fighting with knuckles. He is always shown with face. He does not really move the plot, but he's still a cool guy looking naturally in this environment.

Characters: There are four heroines - naive main heroine Meg, free-spirit Julia, pretentious Emily and genius Sophie. I played only the routes of the first two - main heroine and gun-wielding girl. And these are two dead-serious boring heroines. All the comedy relief is created by the other two heroines. The problem with characters is that routes are pretty much the same - first some incident happens which is resolved by particular heroine special skill - love blooms - then it moves to the actual witch-hunt. 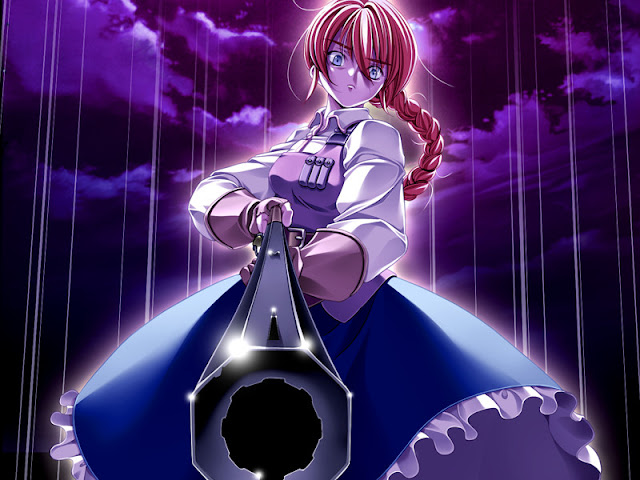 Story: Such pseudo-historical setting is quite disadvantageous, as for me. It is overcrowded with all kinds of one-sided grotesque characters. Even prior to playing the game reader already has a very good image of what's going to happen - there's going to be a witch trial and a happy end. So the only thing that should surprise to create an impact is process and plot shifts. Game introduces two humorous heroines to lighten up the mood, but it still remains overextended historical SOL with just two notable events. Main heroine Meg route tries to tell a more involving story, but too little too late. 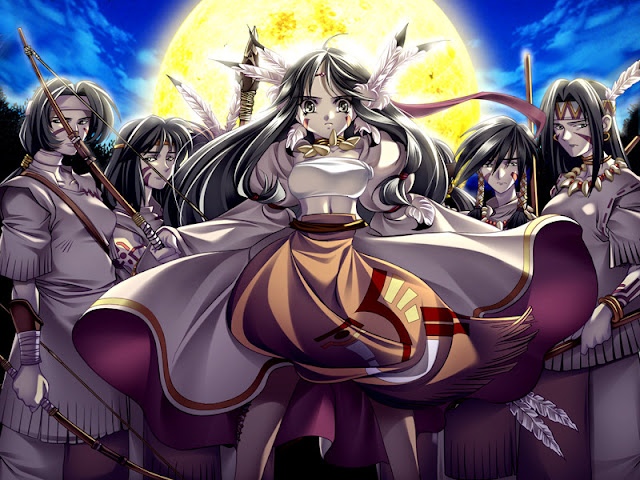 Thoughts:
Somehow much older Dorei Ichiba produced a better impression on me. That were easy to grasp single heroine stories with interesting individual lines and plot shifts. Much shorter as well. Salem no Majo-tachi is a much more complex game containing dozens of characters, but heroines fail to charm, and lots of filler scenes both distract and irritate.

Overall comments: Game is of very high quality and made with much effort and skill, but neither story, nor heroines manage to grasp attention, and without it any game is worthless for me. 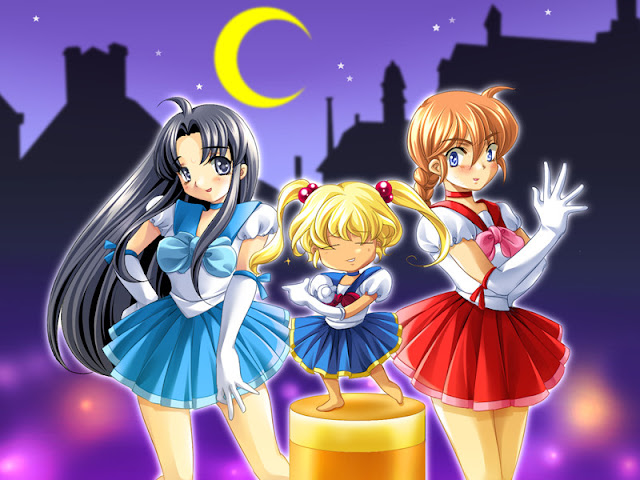