Foreword: I know game is a nakige, but it has universally high scores. KID visual novels made for PlayStation look very generic and boring to me. Is this the one that finally puts me to shame?
Title: My Merry Maybe
Developer: KID
Date: 2003-04-26
VNDB link: https://vndb.org/v3697
Youtube walkthrough: https://www.youtube.com/watch?v=-1dosiu-Aik&list=PLs4Gp5VU4Fv-y-sVOTfqsn9Im4pzlumQe 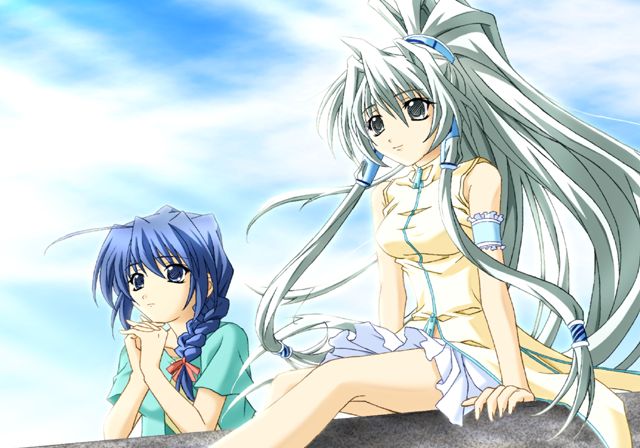 Synopsis: A university student, Kishimori Hiroto enrolls in an education internship as a teacher in a middle school of a countryside harbor town, Seitenchou. On the way to his temporary residence, a replis - an artificial being constructed to help humans -with the name of "Reu" appears lying in the middle of the road. After a variety of circumstances, Reu is put under the care of Kishimori until her master is found. That is, until a mysterious organization appears... 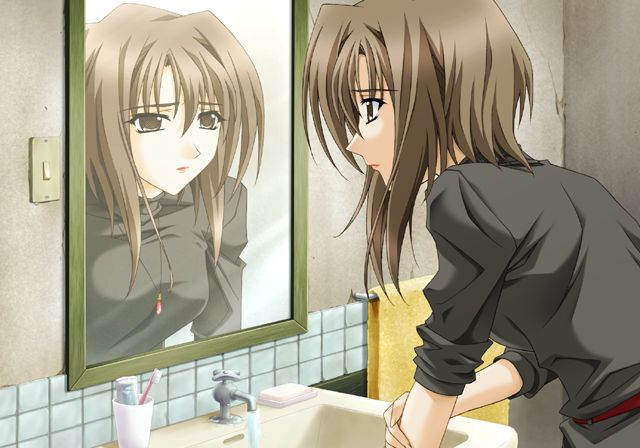 Rating comments: I'm utterly disappointed with this game and I'll try to present my reasoning. Still it might be just me since so many Japanese rate this game highly. I'll leave it a girigiri masterpiece status just for that. Maybe I just chose the wrong heroines.

Protagonist: Hiroto comes to this forgotten town for a teaching practice. He's very passive, indecisive and overall just invisible. He's one of the sources for my bashing of the game.

Characters: I played just two routes, as usual, so I do not feel worthy to present other heroines.
Reu is our main heroine robot. She's the main heroine of the first game My Merry May as well. She's a very early prototype, so she is both superior to modern robots and totally obscure by her structure. We find her as we hit her one-handed by car. As she awakens, she's looking for her master onii-chan Watarase, protagonist of first game. Her condition grows worse with each day despite her positive attitude. It's fun to look at the remote duel of two protagonists - Hiroto and Watarase - over Reu.
Kyou is chosen by me for her cynic attitude and drinking habit. I expected a grown-up route to be more serious and cool. But as a result the whole route we only see research of Reu-Lease interaction  as robots. It has virtually zero romance or events. The ending is very disappointing for me as I get to consider Kyou a bad person. Nothing but disgust remains. 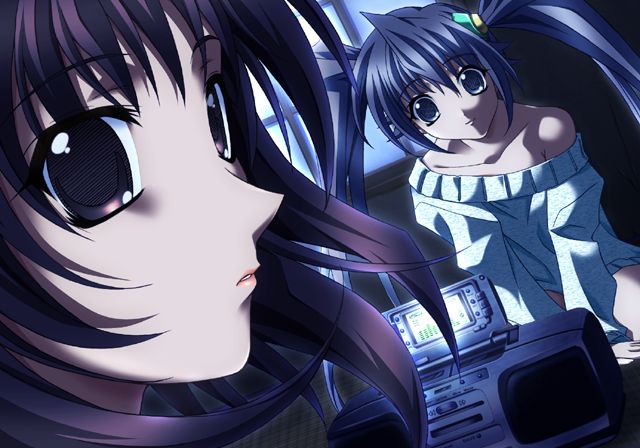 Story: In the both routes that I played (took me over 13 hours for each route!) absolutely nothing happens. We speak with pretty much the same people at times triggering semi-romantic events with the girl of choice. Then situation starts deteriorating. For roughly half of the game it keeps on deteriorating. There's some weak resemblance of culmination followed by teary resolution. The end.

Thoughts:
1)  First of all, I really hate nakige qualities of the game. Let's take Reu as her story is the most straightforward. The whole game situation gets worse and worse. Reu can spend less and less time awake. She says her farewells with a weakening voice every day. Noone knows how to cure her. Robot association members want to take her away to the headquarters, but Reu refuses to go and just fades. And such situation repeats for many-many days with increasingly teary situation. As situation reaches lowest point, researchers undertake crisis hacking measures. Hiroto finds Reu somewhere and makes a SINGLE decision in his totally worthless indecisive life. Everyone cries. The end. Nakige is very cheap here and is produced by showing over and over deteriorating condition. Ending scene effect is achieved not by some actions, but just by showing everyone crying. Apply just a bit of criticism to the whole route concept and there's nothing left but a fluke.
2) In both routes that I played player gets to make a SINGLE decision in the final part of the game. The matters of decisions are different, but the approach is very similar. No one does nothing during the course of the game just observing how things go. Then for some absolutely unknown reason all the researchers start to treat Hiroto specially and eventually allow him to make the ultimate decision determining the fates of everyone involved. For what reason worthless green teacher is given that attitude and responsibility? Utter nonsense. 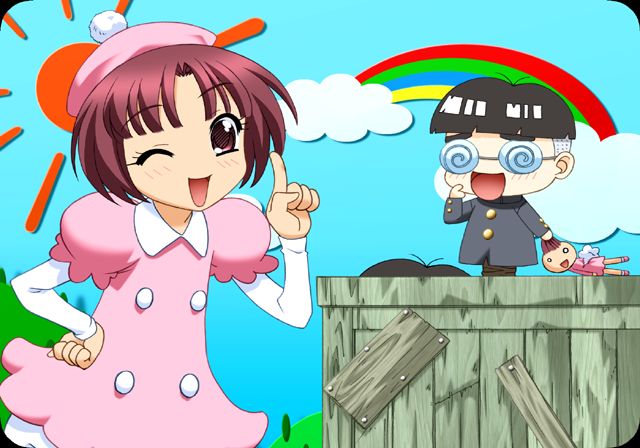 3) Unlike My Merry May, My Merry Maybe is not a comedy. The 13-hour long route gets really boring without any fun moments. So developers introduces "One-Tsu-Don!!!" TV show to fill in humor part. It's short TV show that Reu watches, and the content  of the show is absolutely absurdist variety with the quality of humor akin to Japanese stupid variety shows. It's not even humor, just some posing, weird sounds and some violence. It can only look funny on the background of very boring everyday that we're shown.

Overall comments: What do we have in the dry outcome? 25 hours of life wasted with no good heroines shown, no good story told. Hell, there are even no decent CG! Game is as plain as dozens of KID PlayStation galge. But what's described as game's main advantage by players who liked it? This game made them all cry! But is it a good thing? If this effect is reached not by the beauty of the story or the depth of the characters, but by the false manipulative repeating mechanisms of creating deteriorating conditions, then I don't need such nakige. 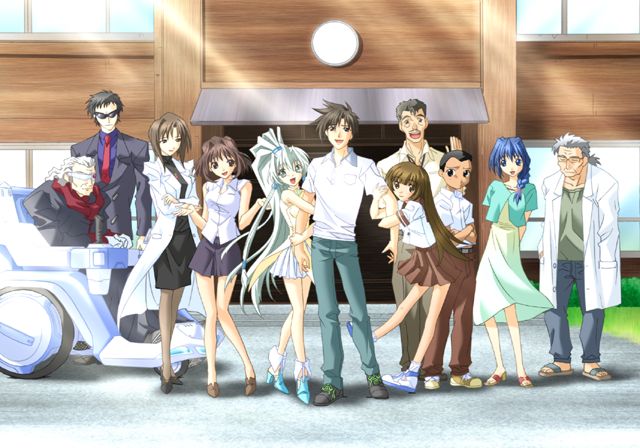