Foreword: It's the second fandisc that I'm taking up for a review after Nijuubako. Both have a real story involved, and I wanted to check how far story dimension goes and where it stops for Ayakashi H. 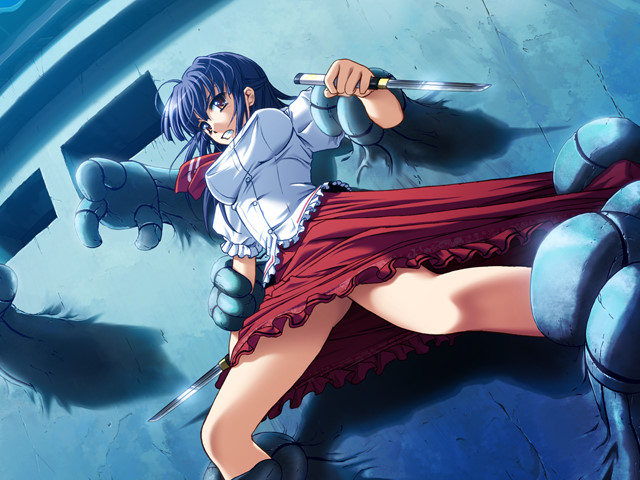 Synopsis: This is a fandisc for Ayakashi taking place one month after the ending of the original.
Somewhere in a forest, three people -- one man and two girls -- arrive to the Akino residence. They ask to meet her but are denied so by the guards, for it is late at night and they weren't noticed of any visitors. Trying to chase them away, one guard summons his Ayakashi but it gets defeated easily by the girl who seems to be the leader of this group.
Meanwhile, inside her mansion, Akino is talking with Kajiwara Heima and Maekawa Akio. They're suddenly interrupted by one of their guards who, though injured, warns them about the intruders. At their arrival, Heima promptly conjures Nurikabe and charges them but his Ayakashi's attack is cancelled easily by the same girl... 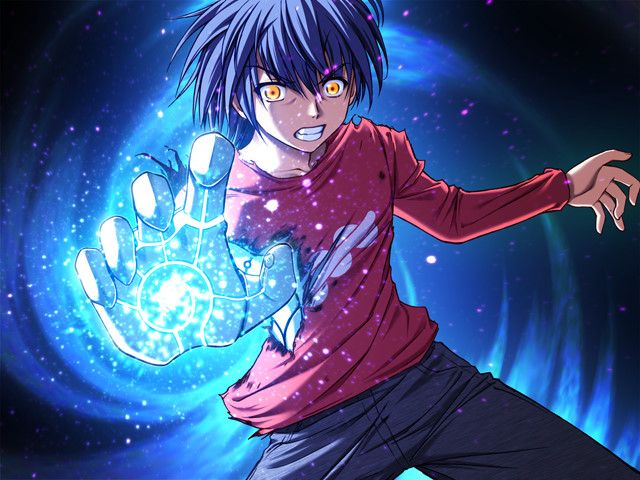 This fandisc could be made a sequel easily if there was only one storyline, but there is an addition of another bakage storyline which dissolves any serious development. Well, the story is pretty simple. There is a new religious organization coming to the town. It consists of male leader Katsumi and two girls - Kikuri and Yae. The second storyline is about protagonist Yuu becoming really perverted. He can't pass by any oppai, and after each such case he is scolded bitterly by Eimu and Hime. After a lot of such cases Eimu and Hime even decide to boycott him, but become too jealous and just join the fun in the end. Kikuri and Yae also get harassed at first, but start to feel sympathy towards Yuu. 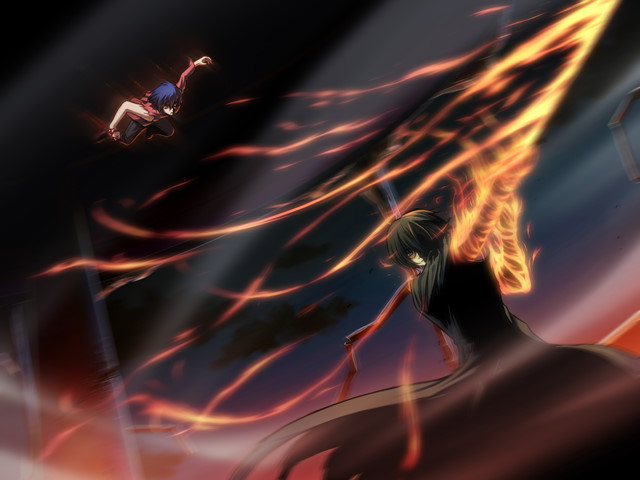 There is eventually conflict between two organizations, but with both girls partially hesitating already only Katsumi is a real antagonist. But since it's H oriented fandisc, there can't be serious conflict, so outcome is pretty ridiculous. New heroines eat up majority of attention.

Nijuubako fandisc was a real one in the way that it provided two stories - one narrowly story oriented, and another one narrowly H oriented. The result was impressive, and everyone got what they looked for. Here I can't help but feel that original game story is eroded after playing fandisc. I don't like it when original story is diminished, and that's why I don't play fandiscs. Nijuubako was a special case, but Ayakashi H is not special. Just a pretentious story ending in a fluke with lots of fan-service. Good art, though. 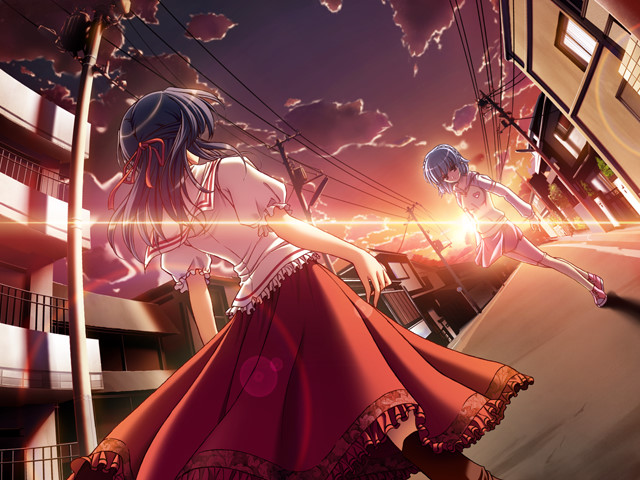