Foreword: There are enough good reviews of this game (1 2 3 4). But I'm going to look at it as a pure love game neglecting all the H content. It's probably going to be weird and underscored because of that. 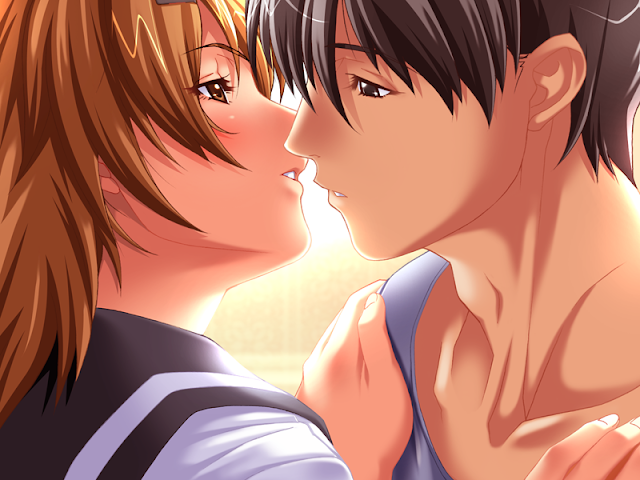 Synopsis: Extracurricular club activities are the norm for Japanese schools, but an all-night movie event scheduled at school and in August still sounds strange/unusual, especially considering the tiny size of the Movie Research Club (merely six students). And indeed, the two teachers supporting this novelty have hidden motives/objectives, although also the six students themselves chose to participate in the event for personal/secret reasons...

Guess I owe a lot of explanation. First of all, game feels cheap. Engine feels kind of old and goes with pretty bad defaults. I appreciate that there are enough preferences to tweak, but I had to change those for three times, was quite a hassle. There's no opening, and the shifts between the scenes are  too fast, like one second, so it's hard to read anything written there. Number of non-HCG is miniscule, 10 at best compared to hundreds HCG. But at least female heroines are voiced, so quality is average. I also used wrong phrase repetition handler, that's my fault, but few engines giving out repetitions, and this is exactly such case. 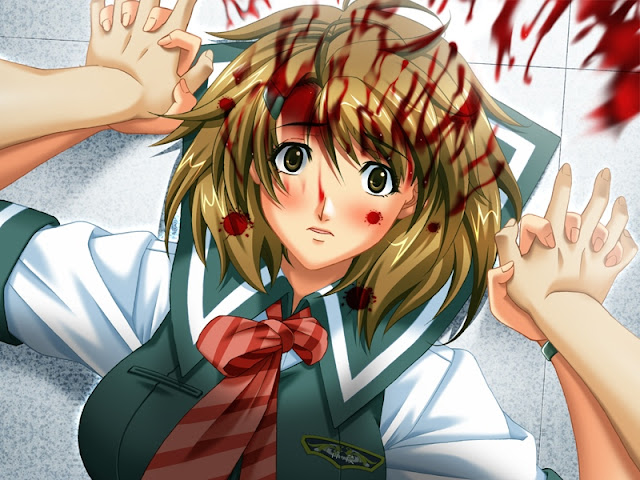 Story is so simple that i'm not sure if I need the SPOILERS tag at all. Movie club stays overnight at school, some airplanes start flying in the air, then some students start to behave strangely. In about 36 hours infection wears off by itself. No one really bothers to explain anything, like which planes there were. There are three routes - Yuu, Hitomi and Infection. In first two routes we basically grab a girl and protect her until everything is over. I expected some answers from Infection route about the disease origins etc, but instead of True route it's just a mega-nukige route where everyone gets infected and H events are piled in one long line till the text finally says that then infection dissolved, and it's game over. That was really bad.

Yuu route actually turns out the only somewhat good one, because there's a big number of sane students who cooperate with teacher Risa to barricade, rescue another wounded teacher, escape together, use fire as defense. But it only seems organized well. Risa gives away commands, and those commands usually aren't good enough. Some students constantly get alone or just forgotten about. For half of the game they work to get out of school, but when they actually get out, Risa goes back alone to rescue wounded teacher, protagonist follows her, and everyone gets scattered again and infected. So what remaining sane do in the infected building? They go to the rooftop to look whether Self-Defense Forces are nearby already. Of course, they get locked up in there. Stupidity everywhere, thus such low story score. Hitomi route is even worse as young people move just as two of them, and everyone else soon gets infected.

I put score 2 for character design, but designs are pretty good, so why would I do that. The personalities are at fault. Let's start with Hitomi as it's an easier one. She's our classic bitch, and I adore her voicing. She complains about everything, accuses everyone of harassment etc. So she is a classical irritation heroine who is introduced just to pay her back and humiliate her. Her route is super-weird as she confesses right away out of blue, then goes back to tsun instantly. 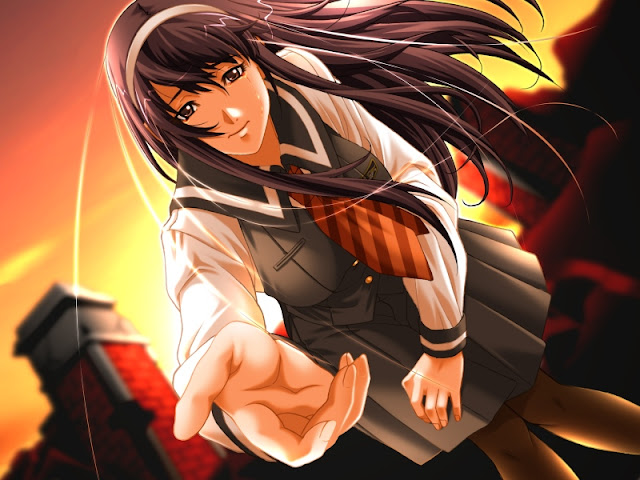 Yuu is obviously main heroine of the game, she represents romantic interest. Right at the start there is a cliffhanger set - a flashback showing protagonist Yasuyuki confessing to Yuu. Her answer is "I'm sorry, but I have a person who worries me". That's a very clear rejection, and protagonist understands it exactly as that. But after that Yuu continues to communicates amicably which even looks as flirt sometimes. Yasuyuki really suffers at such moments, because he likes the girl, but no future is possible with two of them. At this time I already considered Yuu to be double-faced bitch who teases guy, but does not let him free. But hey, since it's Yuu route there should be happy end to it and proper explanation to the rejection of the past. So we have to wait almost till the end when two young people come to the school roof as the only sane people remaining at school. And Yuu kind of touches this topic herself. What she says is that she wanted to become an actress, but after that some director turned her down bluntly as having zero talent, so she no longer has any people who worry her. Basically, she confesses to Yasuyuki, and when he confesses back she literally says "Baka, why did not you say it earlier?". I'm just enraged. He absolutely clearly confessed in the past and was absolutely clearly rejected. Yuu is clearly a bitch, and even worse one than Setsuna from While Album 2. There can be zero tolerance towards them and their lies.

So what we get in the end is a really bad story and really bad heroines introduced just in order to have revenge over them in neighboring routes. There's very little logic and too much irritation involved to treat anything in this game seriously. If game has so little value on its own without H scenes, and if everything else serves for H scenes, then Kansen ~In'yoku no Rensa~ is a banal nukige with just enough spice to add some lowly emotions. 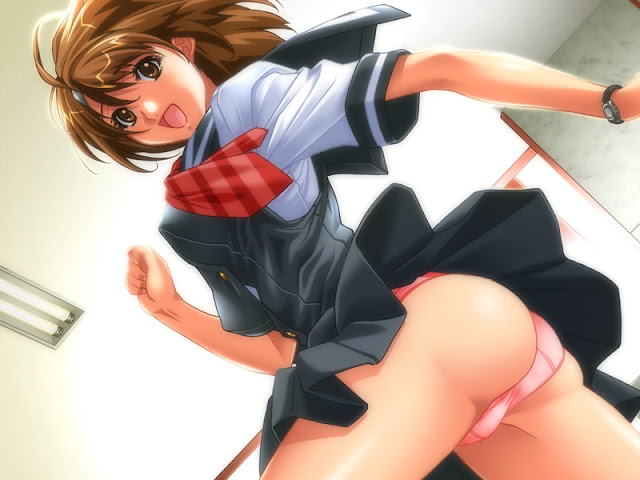 Hello there.
Can you put the links for the walkthrough for kansen series?
Thank you.

Hi, you know any good zombie visual novels?
Thanks.

Can't remember any. VNDB might give suggestions by tags https://vndb.org/g2026