Foreword: I planned to skip Pianissimo since I don't like concept of both Cartagra and Pianissimo. But game does not have real English reviews and is really beautiful. After New Generation I need such kind of injection. 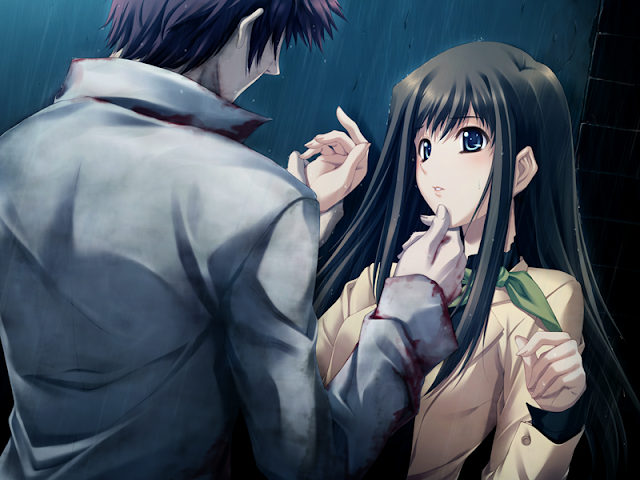 Synopsis: Place: Tokyo in the year 1936.
Kudou Sousuke is a pianist, usually plays at a jazz bar. One rainy day, he gets involved in a peculiar case: he is suddenly attacked by a woman on the way home. He defeats her although he gets injured. The following day, the master of the jazz bar he works at tells him "You are fired. I don't want to employ a murderer."
With this his normal everyday life ends, he can't go back home to his younger sister, Yuzuha anymore. After wandering around aimlessly, he eventually meets a really beautiful, yet really arrogant girl with shady connections offering him temporary protection... at the cost of doing various shady jobs she requires.
Few days later he saves a girl who is attacked by cutthroats. He finds out that coincidentally she's Ayane, the girl who led Sosuke away from the military police on the night when he was attacked by that woman. She promises him that she'll look into the mystery behind what really happened that day to eventually prove his innocence. Characters and quality impress, but protagonist and story itself don't. So let's focus on these downsides.

Heroines are really beautiful and lively. They are individual, and I like everything in them except for one thing. Every single one of them falls for protagonist pretty much instantly with H scene triggering very soon. As always, it feels really bad when it's not explained why girl starts to like the guy. Basically guy plays the piano at the bar, he has a talk with a girl, and that's it. Next time they meet it's already mutual sympathy. Well, it's not a pure love romance game, so it's not wise to complain about. 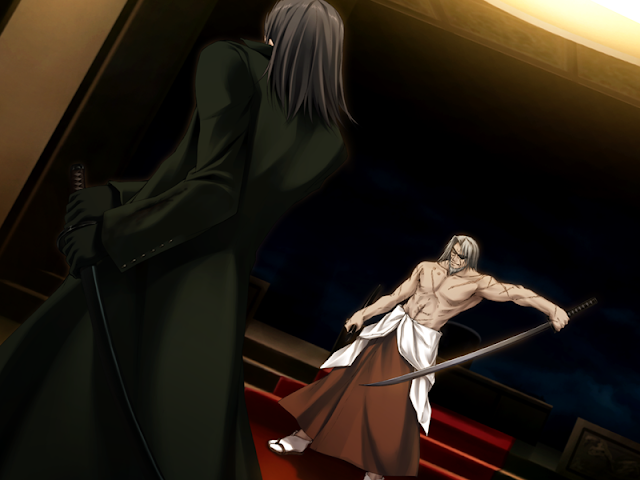 Need to say a few words about the story. Can't avoid this spoiler, but the centerpiece of the story is protagonist hooking up with Ayane and finding her stabbed in his bed the next morning. Everything shows that he killed Ayane himself. Routes order is locked. We need to pass through three laps before revelation route CONDUCTOR is unlocked and we can finally enter true route where Ayane is not killed. So in each of first three laps we get a choice after the murder to run away or to stay and try to confront the bad men. In first lap choice confrontation choice ends up really bad. In the second lap there is a good end in confrontation choice, but nothing much gets revealed anyway. Third lap tries to change focus from run away/confrontation dilemma and provides a different kind of resolution. The sudden CONDUCTOR route reveals all the mysteries all of a sudden. So actual True Ayane route brings nothing new and thus feels disappointing. It's the best outcome, but really dull. 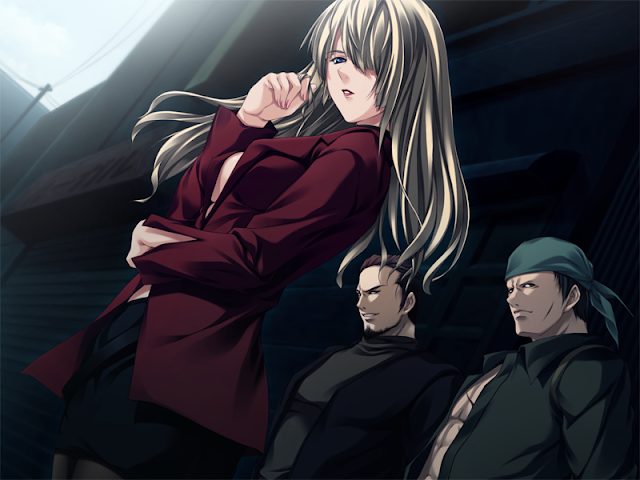 Protagonist has face, but personality is lousy. Basically, he has a lot of opportunities for H relations with different girls, and he usually falls for them. And game clearly tells us that abstinence is the key to solving mystery and avoiding dangerous situations. But that only works during true route where the murder does not happen at all. In all the normal routes mysterious murder happens, and protagonist absolutely does not try to solve anything, so he ends up with a simple choice to flee or to stay. 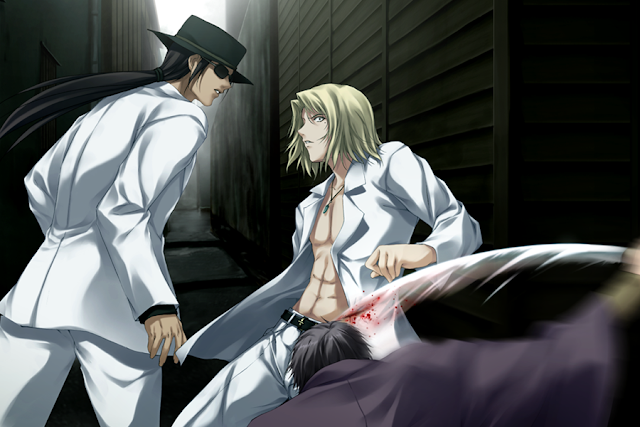 So game has great graphics, atmosphere and nice characters. Mystery is non-trivial and impressive. But the scenario itself is thin, protagonist lousy, and we need to see the same crappy story for four times. With the True route bringing nothing new final impression gets hurt a lot. So it's a nice atmospheric game to play for one route and then watch CONDUCTOR and maybe some other endings. I skipped all the bad endings, and majority of gore is concentrated there, so can't rate the gore part. Overall, a controversial game, but I'd still rate it as a weak masterpiece, thus a 7 for the score. 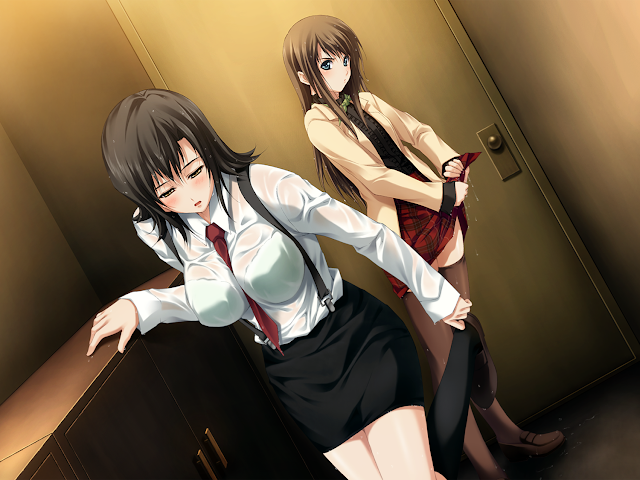