Foreword: I'm sure that first brand's title bears a message of what kind of games it's going to make. Yuzusoft is a big player on the scene, it's good to know its roots. 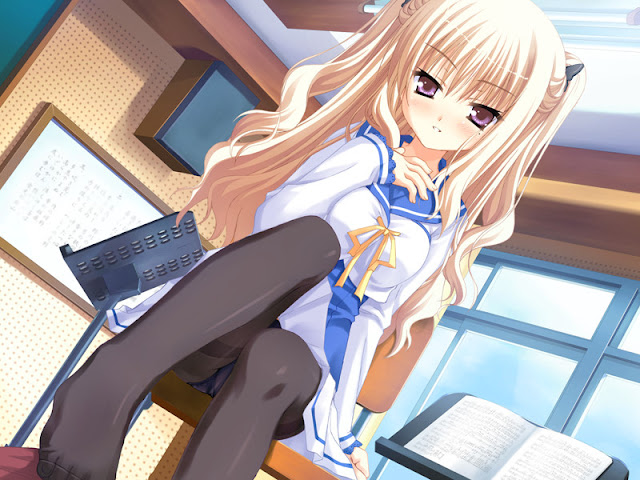 Synopsis: You play as part of the brass section of the school band. However, they have closed your school due to low student population and have redistricted all who went there to another school. That school's brass band has already been well established there, and your new school cannot have two brass bands. Not only that, but they ridicule you and your classmates and consider the lot of you untalented. To remedy this situation, the two bands have been issued a contest--judged by the student body--to see who is truly better and who will be the formal brass band. You only have a month to practice and be the best. 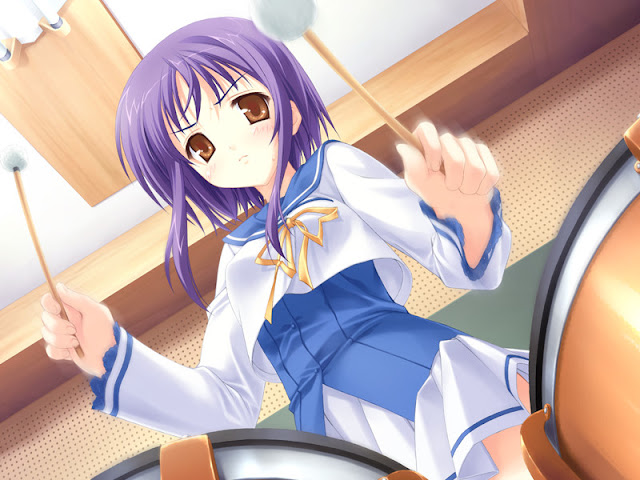 Wow, I don't know what to talk about in this case. Every element of this game is so cliche that nothing stands out at all, and I can't evaluate them individually. I just put a score that I consider the most ordinary. When I have nothing to say, I describe my experiences in the same order as they happened. But not sure it's going to save me this time as this game is a synonym to boredom.

Walkthrough insisted on starting with Tae route as first so that there would be no stupid random additional choices further on. But I wonder if there's another way since the only wish coming when playing her route is about uninstalling the game. She deserves the first prize for being the most ordinary childhood friend ever presented. But when it comes to the "drama" of her route, it's just horrible. She turns into unstable personality with only female complexes inside. It's what I call the B word. 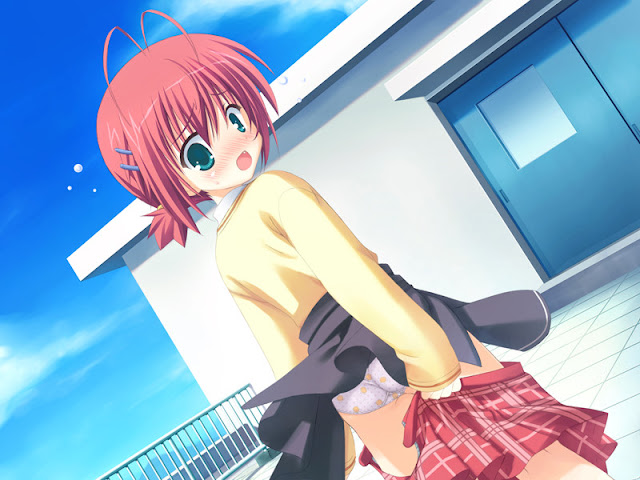 Game surprisingly has as many as two tsundere heroines. Initially I was going to play only true tsundere route - Yuki. Well, imagine a typical tsundere. Yes, it's exactly what Yuki is like. Blonde, small, twin tails, rich and arrogant, noisy, "betsuni" - she has it all. It's quite difficult to ruin a tsundere route, but Yuzusoft do the best of their ability. And yes, Yuki is angry even after H events.

I only went for Noriko route to see something that does not fit the standard cliche. And it plays out much worse than Yuki. I just can't believe Noriko as a character. It's an absolutely artificial character and awful tsundere. 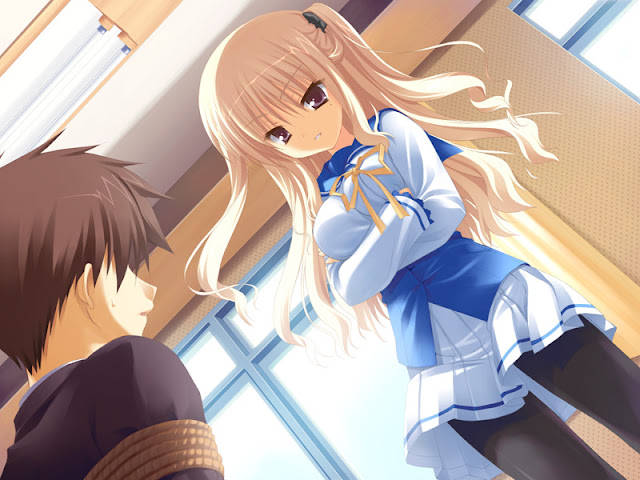 It's especially bad that Bra-Ban tries to play on musical grounds. It's not something fresh as Kira-Kira, it's not even something cute like K-On, it's just on the level of Sound! Euphonium - supposedly ok, but too boring to figure out yourself. I rarely notice BGM in games, but here even BGM is terrible, full of trumpet sounds.

AXL and Yuzusoft have a lot in common - they start the same year, they issued a doujin game beforehand, and both those games are shameful lolicon stories. But one company chose to seek its own path, and the other one just cloned first To Heart for the big buck. I have serious doubts about Amamiya Ritsu skill as scenario writer, and I shall try to avoid Yuzusoft works whenever possible. 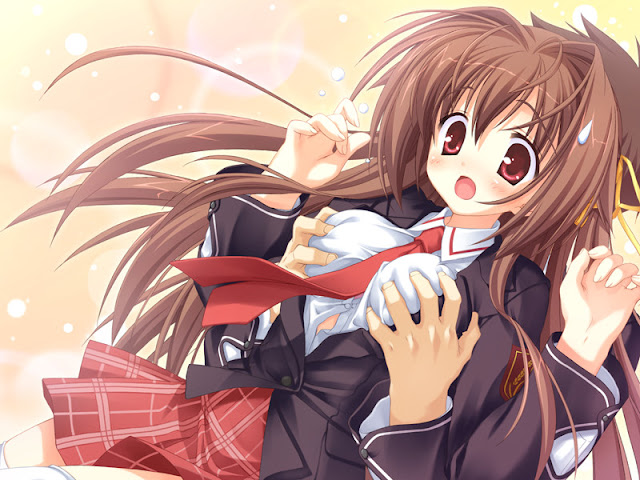