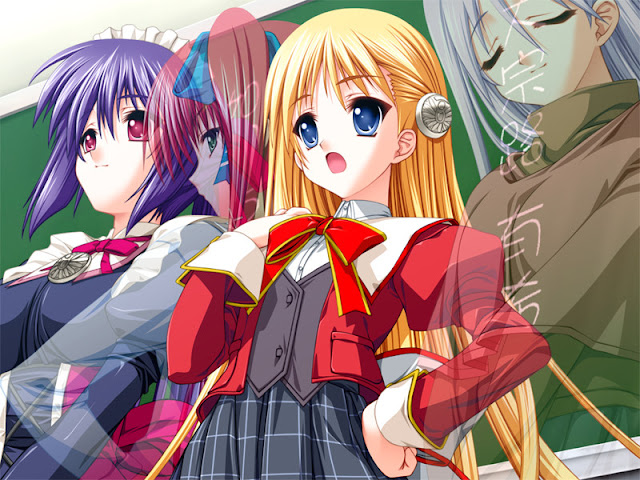 Synopsis: There is an old apartment, where nobody lives because there is a rumor that people who live there will be dogged by misfortune. The apartment is owned by Kouhei, a uni student whose parents passed away when he was a child. Kouhei has a special ability that he can talk to ghosts. By using this ability, he sometimes talks to his deceased parents so that he never feels lonely. One day, two students transfer to his class, Yuki and Akari. They are so pretty that every male student gets excited. However, Kouhei can see two ghosts behind them... 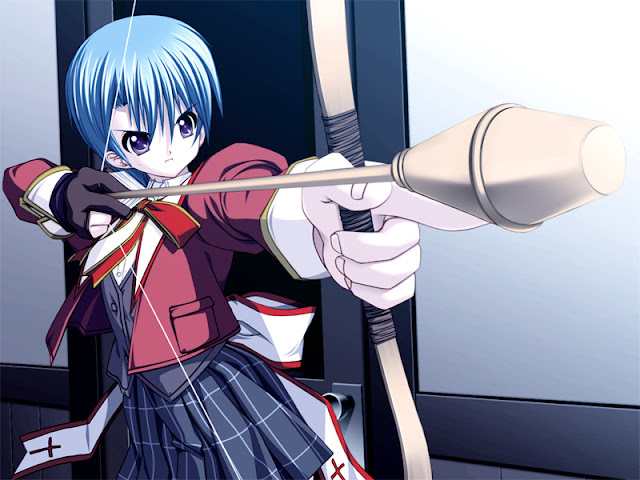 It's the first AXL game I ever played. And it rocks. And it's difficult to explain, why. In this review I'll try to analyze its success. But I'm really glad these guys have already development experience in the form of Studio Miris Pellet, and it's also a good thing they made re-branding to cut all ties with first passable lolicon work. 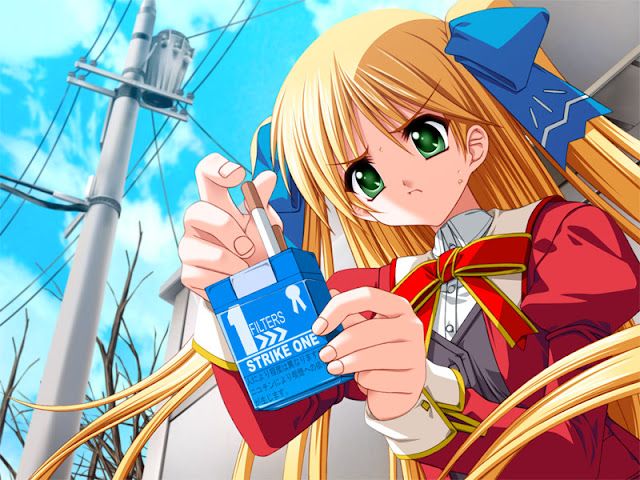 Let's start with game quality. My only small complaints is unvoiced protagonist, somewhat lacking number of non-HCG and strange video insertion in the game. At Win7 I had blank screen with music every time opening or ending video was launched. Pretty weird, but guess it's my problem.

As for the story, it looks like an ordinary moege at first glance. Guy owns a block of flats that he gives in rent to cute girls. There's a childhood friend and a mysterious transfer student - everything is as we like it (NOT). But introduced ghost theme is not just for flavor here, it's the basement that everything else is built on. I feel a sincere hommage to Lien ~Owaranai Kimi no Uta~ here. Main character sees spirits, but this time it's vice versa - main character is alive, but his parents are spirits. There's the same funny female childhood friend to play jokes on. Even parents look very much alike. Both fathers are associated with musical instruments - in Lien it was guitar, here it's banjo. Both houses are old and traditional. And of course the strong focus on spirit theme during game development including body possessions. 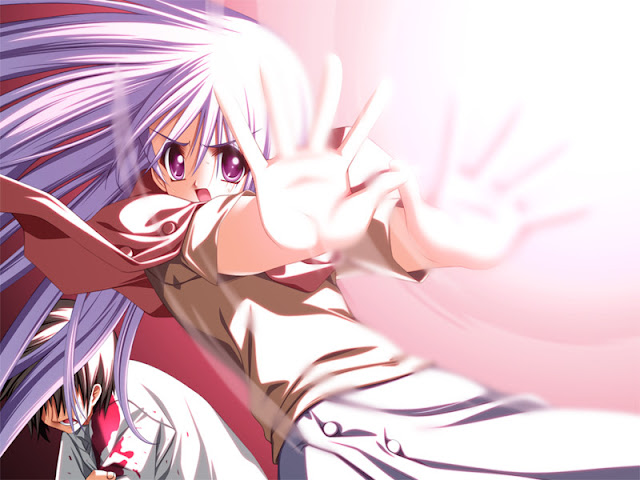 Plot itself is well summarized in the summary, but some explanations are needed. Akari is merely a maid to Yuki. Yuki is the absolute queen of the game, a spoiled noble girl accompanied by an army of butlers. And it's Yuki who has two spirits behind her back who possess her at will - shy and gentle Saki, and mischievous and blunt Yayoi. Yuki is worried by these periods of amnesia during possession, so she believes that protagonist can help to pacify spirits since he can see spirits. She kind of peremptory allows to invite her to live together in one of rent rooms in the house. Of course, she is followed by maid Akari, then childhood friend Haruka and finally shrine maiden Nanako and mysterious office lady Sayoko. That settles the plot. Story can be roughly divided into three parts - introductory school part, then flagging while living in the old house, and finally dealing with the evil spirit which is absolutely different for each heroine. 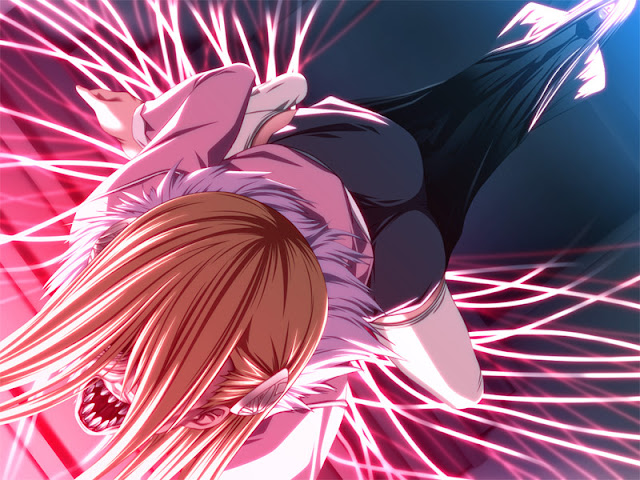 Characters absolutely shine in this game, that's why a perfect score. By the end of the school introduction I as usual went to look what routes are available for me to pick. And... I was super relieved that I already knew all the cast perfectly and there was no need to get to know anyone else better. I'm very grateful that secondary female heroines Nanako and Sayoko don't have any kind of routes. Heroines should really inspire and not be some side-characters with obligatory H-scenes and unsatisfying ending. Game form is something to cherish, not just to give routes to absolutely every skirt appearing. Heroines in this game are only childhood friend Haruka, spoiled ojousama Yuki, plus her maid Akari. Two spirit heroines are nice to see, but they are more like extension and alternative ending to Yuki route. Can't talk about heroines of this game without wide smile popping at the face. 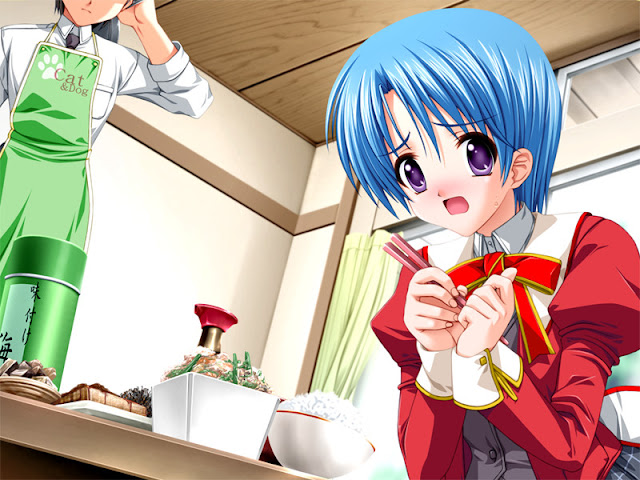 Haruka is a childhood friend who is absolutely funny to tease. And everyone teases her constantly about her special relations with protagonist. She stumbles and gets red in the face. But at the same time she differs beneficially from typical childhood friends by good humor and intelligence. She is not naive, not stupid and not melancholic like the generic childhood friend often presented.

Yuki generates the bulk of funny situations (when Haruka is not teased). She breaks all the ojou-sama stereotypes as well. She does not hesitate to treat everyone as lowly beings, but she is so sincere and cheerful that it's super-difficult to end up offended. She is ignorant about lots of stuff and eagerly learns about life of commoners. And the two spirits that possess her at will put her in very awkward situations at times. 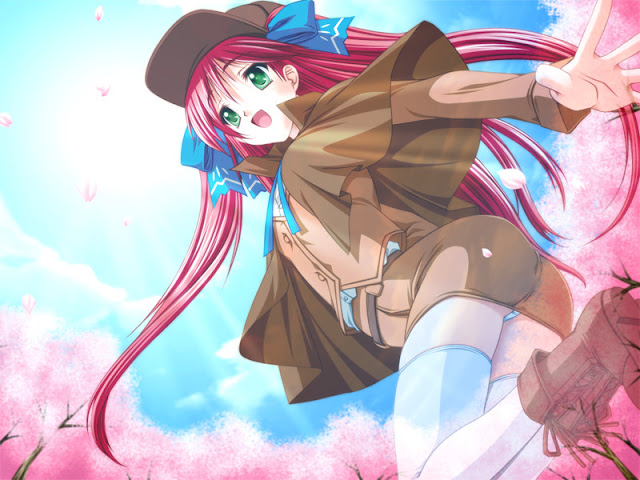 Akari is a super-protective, but also manipulative maid. She does not mind pulling out an SMG gun or a huge blade when someone starts to say something that can potentially harm ojousama. But when Akari does not agree with Yuki decision, she can easily appeal to powerful head of the family. Again, I can't even think of her as a maid, she overthrows that cliche. She is more of an intelligent super-agent setting nets of influence everywhere but remaining a sincere and loyal charming girl.

Even protagonist is quite fun as he plays jokes on Haruka or handles his relatives who constantly suggest doing mischievous things to girls. There's no alienation towards him, and it means a lot. 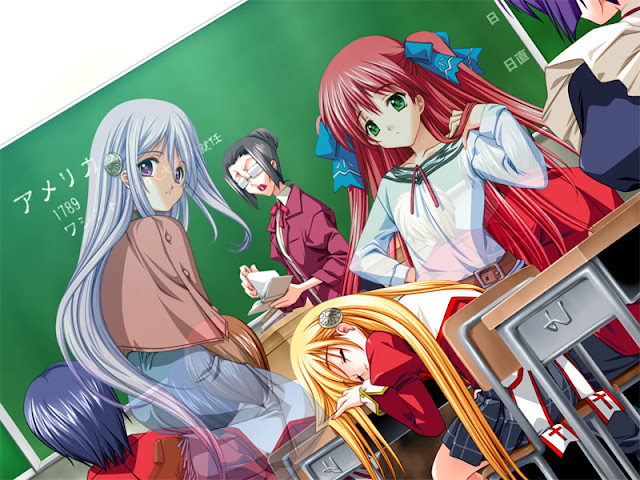 So it's difficult to explain why Hidamari rocks, but it absolutely rocks and leaves a very positive aftertaste (at least if you don't venture into bad endings). It differs from everything visual industry usually offers. It's a place for mind and spirit to rest at peace and enjoy. AXL heroines break all the possible tropes to present a really interesting story instead of making a product that would sell according to market research and current otaku fetishes. If next games manage to save this honest approach, then I'm AXL eternal fan. 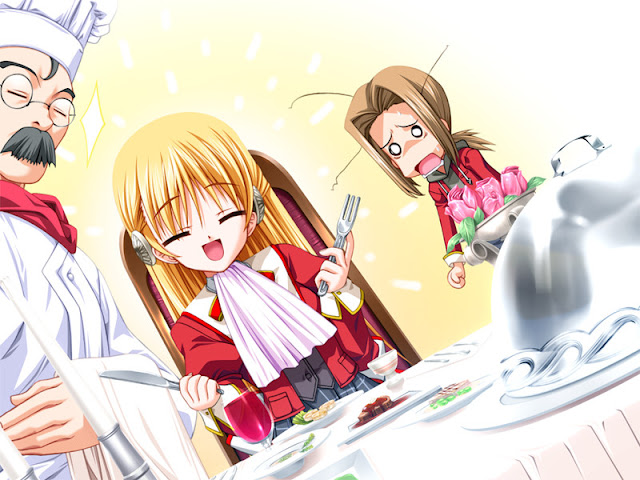