Foreword: Game opening is clean, heroines are pretty, and big swords promise good action, so I decided to try one game from nukige-maker May-Be Soft out of curiosity. 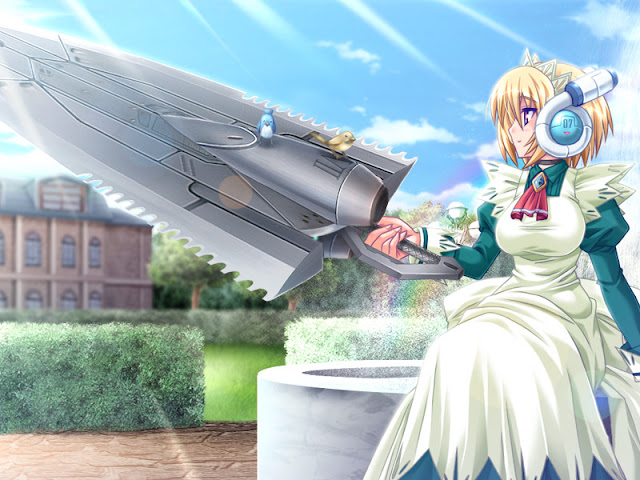 Synopsis: Makito lives an ordinary life with ordinary parents. But one day, his father tells him that his family is a "Zaibatsu", a large family that controls banking and industrial combines. His father thinks that Kazuki has grown up enough to tell the secret and tells him to live at the main house by himself for a while to prepare for taking over the "Zaibatsu". He doesn't want to live alone but his father gets several maids for him. He comes to the main house and meets the maids there. He is surprised to see them because all of them wear a sword with them to protect him.

Yes, there are good things about this game. I don't really have big complaints to the quality. The quality and heroines are at masterpiece level, actually. 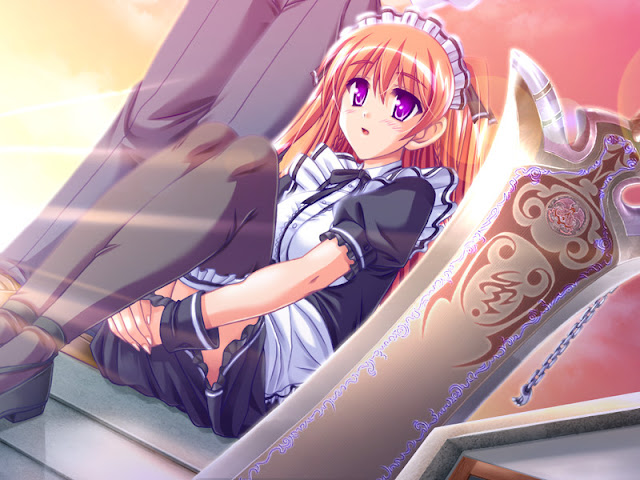 I would not mind playing a game with a real plot with these characters. Protagonist is a total pushover, but at least not a rapist. I was afraid that heroines would be too similar, but it was skillfully avoided by imbuing fighter maids with very distinctive roles outside their work. Sakuya is school's most popular and thus absolutely unreachable student. Rio is cool and very funny teacher. Natsume is quite a shy classmate. Only Rena does not have a role outside battle maid, but there are serious reasons for that. Thus first introductory part of the game is quite strong.

But very soon really bad things start happen. As soon as second maid and teacher Rio arrives, she just sneaks into protagonist room the same night, provides special service and suggest to call her at any time for repeat at any place at all. Damn it, normal game lasted for just 2 days. Welcome to nukige for the next 10 days. Moreover, almost all H events are animated, and that's a very strong signal towards nukige. And basically for the whole game Rio demonstratively has sex with protagonist and harasses all other girls who aren't so corrupted. The most interesting heroine in the entire game gets destroyed in an instant. Fourth Maid Rena does not even wait until evening and suggests registering protagonist's DNA as her master. And just some hair or saliva won't do. And trash ensues. 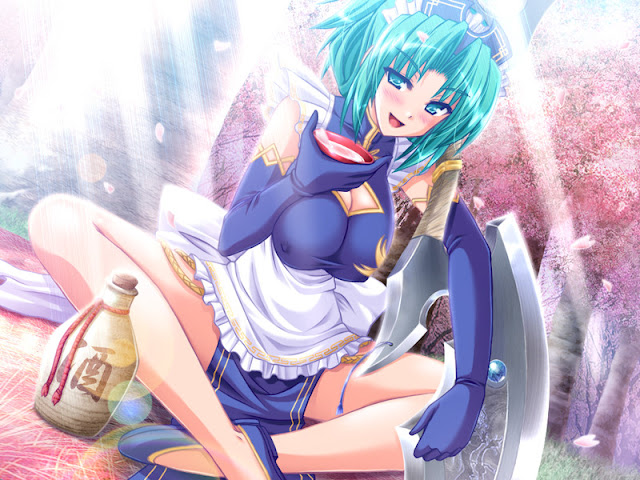 Well, it's very sad, but endurable for a good story. After all, game has R18 rating and needs to appeal to readers. It will all settle down when battle begins. And battle begins... among maids themselves. Wow, it's ok as an opening move to show techniques, I guess. We just need to wait for conflict to develop and antagonist to show up. And nothing shows up. At all. I guess I need to say SPOILERS here as I'm going to reveal the culmination and catharsis of this game. It's mock battle. Yep, just a friendly sparring before final H scene, have a good time, dear readers.

I did not expect such a shameless outcome and I made a promise to never touch anything by MBS if final battle is going to be among maids themselves. And it happened, so farewell, MBS, you won't be missed. 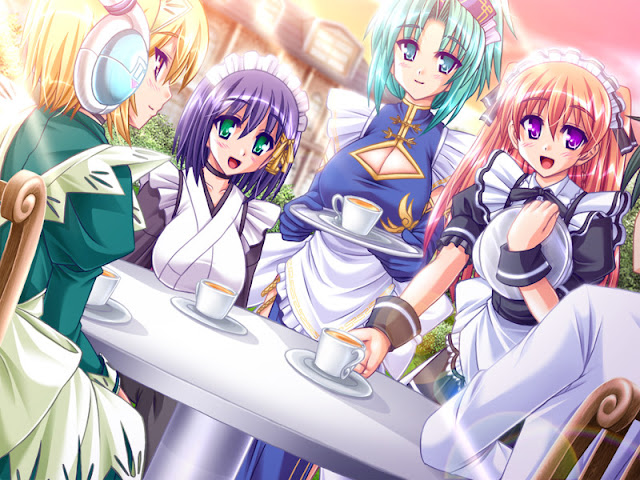