Foreword: Year 2006 had like only three chunige, so I'm starved for any action by now. But there are great reviews out there (1 2 3 4), so I can give just personal impression and be done with it. 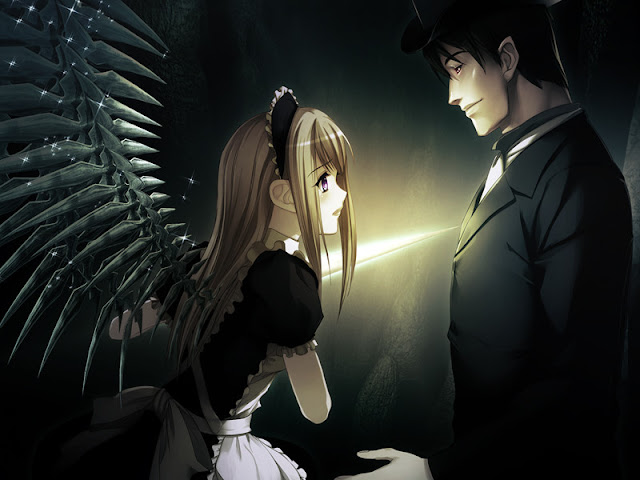 Synopsis: The story is set in Belmonte Calabro in Italy. Belmonte is the city of filled with Automatas and boasts the biggest number of Automatas produced a year.
Automatas are androids. Mechanical beings created from nothing. Most Automatas can be easily distinguished from humans due to their robotic faces but there are the Antique Dolls, which looks exactly the same as humans with only their eyes giving away who they really are.
You start off as Romeo, a slack taxi driver who absolutely stinks at going around the city with his taxi. Or that’s what he looks like from the outside.
But the truth is, he’s a runaway werewolf from the Orma Rossa, the only remaining werewolf clan.
He lives together with Anna, an Antique doll he picked up from the dump after he left the Orma Rossa. She doesn’t have any memory of the past. So she’s living happily with Romeo.
But pleasant times never continue for long. Orma Rossa do not feel like ignoring Romeo any longer and the group called Luparia (the archnemesis of the werewolves), is moving behind in the shadows. Romeo will find himself surrounded by both new and old foes. This time, their target may not only be him… 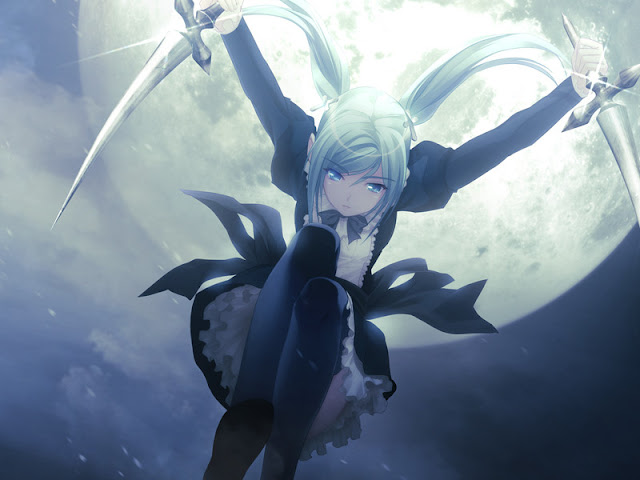 Skipping introductions, game is freaking long. I keep hearing about 20 hours with manual reading, but took me as much as 65 hours on auto excluding repeatable parts. Had some unpleasant moments re-encoding all that volume. And this difference in reading time already shows the amount unexciting, skippable and partially repeating scenes that game has. Well, at least it's not filler scenes as with Hello, world.

First couple hours are pretty majestic. Bad-ass protagonist, Italy-ish town atmosphere and blend of retro-androids (not in the cyberpunk way, but in "Hello, World" way) with werewolves do their thing. It's all cool, but it does not really go anywhere, so it starts to be a torture akin to Bittersweet Fools where nothing happens in SOL-like scenes. Here at least there are antagonists who we meet soon. But antagonists here are one-sided, evil and pretty simple. Enemies exist just for battles and defeating them. And that brings the main flaw of the game. 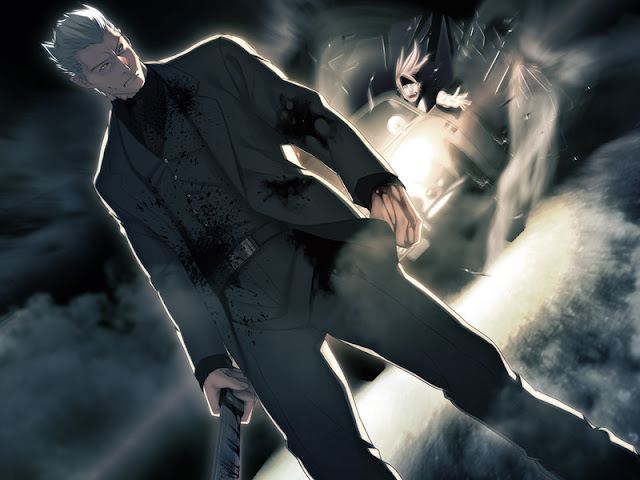 There is no mystery. There is no big twist or big enemy. There is no serious development. We just get to know different girls while being pressed between two warring groups. And it's not good. Jingai Makyou had big enemy and mystery. Angelos Armas had nice mystery to witness. Here it's just following after a chosen heroine. I play games for concepts, not for heroines, so for me it's a great miss. But as for heroines, the only one that I appreciate here is Rebecca. I'm pretty old myself and like serious independent composite personalities. She has past dimension and enough unconcealed bitch personality to respect her. Her route also has the biggest twist in the game. Oh, well, and the looks. But her route is great contrast to romantic routes of other heroines.

What we see here is rebirth of old brainless Nitroplus concept vividly presented by most hated by me Urobuchi Gen in the old days, but now done on a much better technological level and with much more depth into heroines. But even battles aren't exciting here at all - flashy and artificially prolonged. 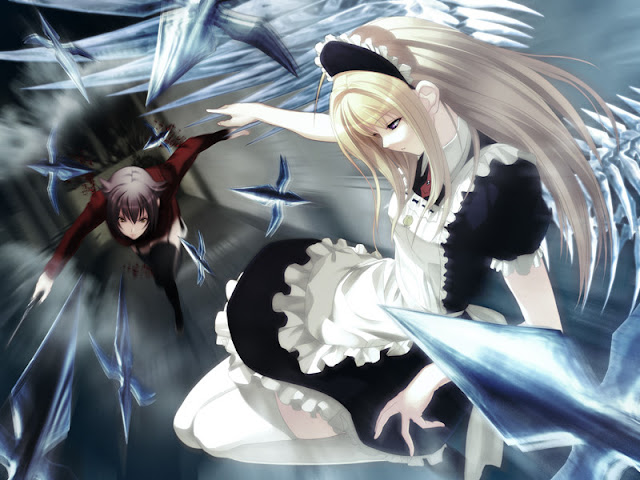 And that brings a difficult question. What do we even expect of Nitroplus? It presents great protagonist and great heroines in a unique captivating setting. What else do we need? In this regard game is definitely a masterpiece and fresh air among moege. But I expect absolutely different things from Nitroplus. I expect surprise, strong concept with real development and catharsis. Take all that out and you'll get a charage in an unusual setting.

That sums it up. Purely positive reviews bring even greater dissatisfaction if our expectations aren't met. I see at least three people who took the bait in Accany review and dumped the game as a result at different stages. I played blindly, but had expectations really high. And this is my only advice in regards of Gekkou no Carnevale - don't expect much of this game. It can be a masterpiece for people who are either relatively new to visual novels and thus falling for action scenes or who play visual novels for heroines. I don't care for romance and heroines much, so it's a miss-miss for me. I still evaluate Gekkou no Carnevale as a weak masterpiece as I can apprehend the strong points this work has. 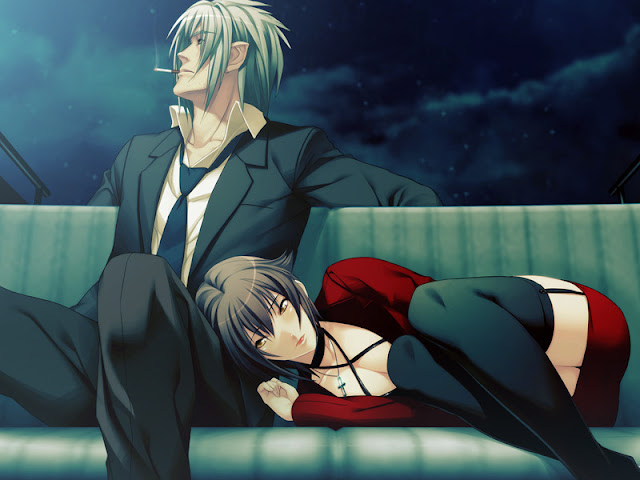 So, the story pretty much doesn't go anywhere then? What about the routes?

There are four heroine routes - Anna, Noel, Lunaria, Rebecca. Anna and Noel don't belong to any factions, so their routes about romance alongside with dealing with enemies. Lunaria and Rebecca belong to opposing factions, so routes are about faction confrontation and love flourishing in the mids of it.

I see. Is there a true route of sorts?

There is no true route. Anna is met the first, so she has the most screen time, but her route is not special.