Foreword: Why is there only like two Japanese reviews for a game with this classy setting? The Japanese must have overlooked another great game, and I'm restoring it to due glory. Or so I thought. 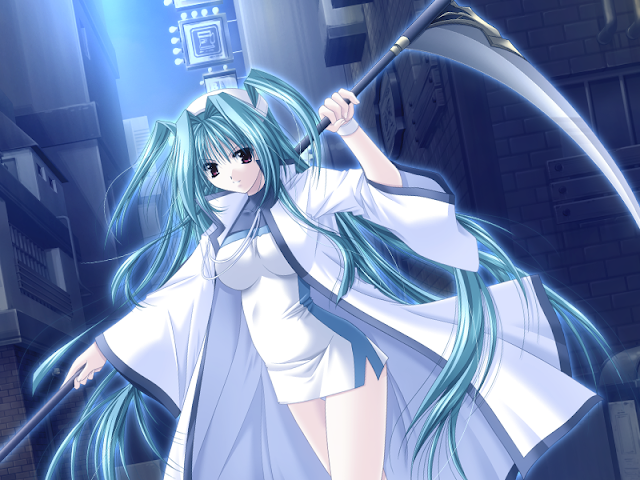 Synopsis:
There is a city filled with crime. The police can do nothing, and a big conspiracy is now being planned. To protect his beloved, Rex rises up...
He has a secret that he is actually a battle hero, Xvain. His decision to use his power is triggered by meeting with Fiart, his childhood friend. Since the day he swears to protect her, his endless battle starts...
Youtube: https://www.youtube.com/watch?v=McrIk5XeMIk&list=PLs4Gp5VU4Fv9q-oMU8Hrp7fXhAM9jFglv 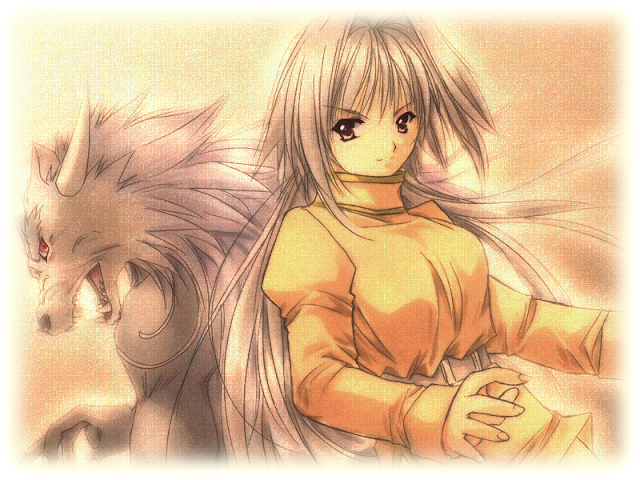 Studio e.go makes RPG mostly, but there's also a good number of AVG games. I remember trying one of their games long ago. It was not RPG, but had some weird repeating actions, and I just could not break through that loop or whatever it was. But in 2007 things must have changed completely already, so I can finally give this brand a new try. 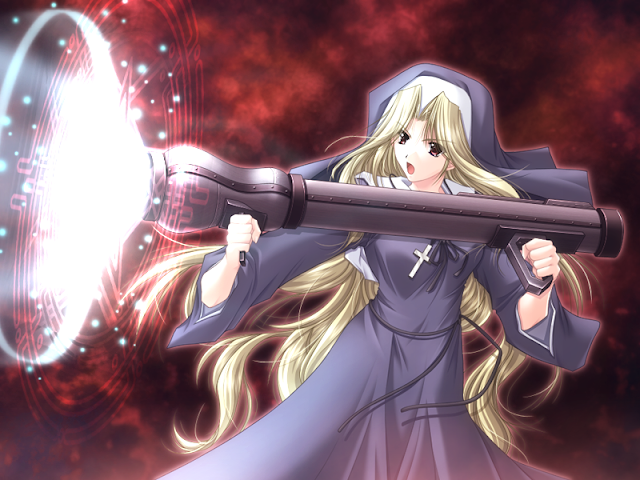 As you see from the scores, things did not go just as I expected. First, I got to battle explanation system. Was a pretty long explanation. And I never faced a single battle. Guess it was turned off in the settings by default of whatever, but I don't remember touching anything there besides text speed. Then there was a spot to hunt androids. And no choices advanced the story. So I kind of chose hunt more and do other things like going home more. And somehow story went on occasionally. And now imagine that situations like that arise constantly in the game. Sometimes such scene was rushed in a minute, sometimes it took some 50 minutes of real time skipping and trying variants. And on the *th time of choosing the same variants it somehow proceeded. I cut some pointless stumbling in the video, but there is still abundance of such moments with up to half an hour of pointless skipping. Maybe there is really some kind of battle experience that I needed to get, but I never saw any experience meter or points, so can't say. It's all super confusing. Those who played with battles turned on say that battles are meaningless since you always know enemy's dice and can always choose perfect dice out of three variants to counter that. 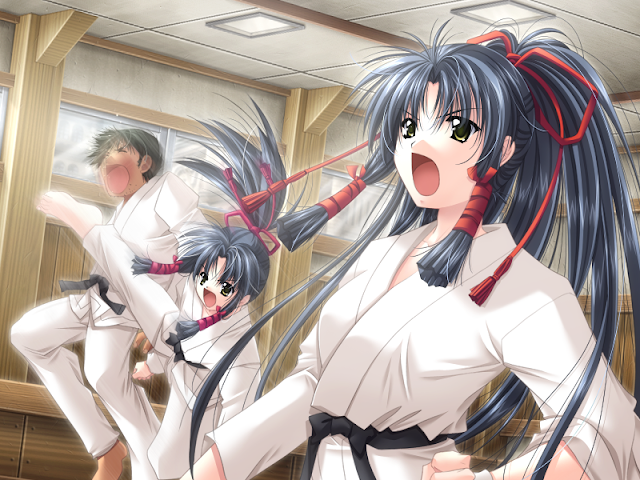 Let's leave system weirdness be. We're here for the hard-boiled city fighting adventure, after all. Rex has a secret weapon - power to transform into Xvain who fights with the demon power. And if this power is misused, his humanity can be lost. And in game there are indeed variants at each of five chapters to rest or pray so that accumulated devil weariness is lifted each time. I wound not call story fine. With these random grinding layers it feels like story serves the fighting sequences, and not vice versa. Development is gentle with occasional humor moments. There are some nice characters like older brother or Slayer. And story can be enjoyed to a certain extent... if you can put up with no voicing. There is voicing in H scenes, but I cut them out clean in the video, so no luck here. What kind of game inserts voicing only in H scenes? Either game that wants to empathize heroines charm in special emotional moments or... nukige. 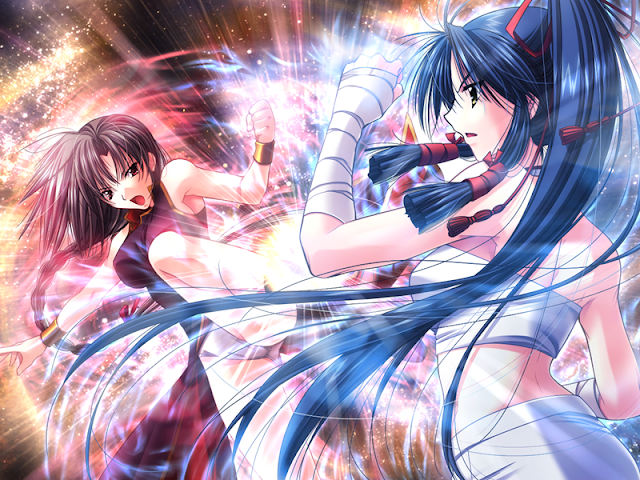 And here we come to the dark side of the game. When I occasionally glanced at game gallery, I could not recognize this game. There are a lot of devil HCG which can only be gained by approaching H events under different stages of devilishness. There are thee stages, but it's reported that at every chapter you are forced to reset this meter to 0, and there aren't enough battles to raise this parameter. So all those violation scenes could only be unlocked by actually hacking the game. Wow, just wow. This game manages to fail as a tactical game, as a story game (not with all those battle insertions), as a charage (after final H event there is less than a minute till credits) and now even as a nukige. 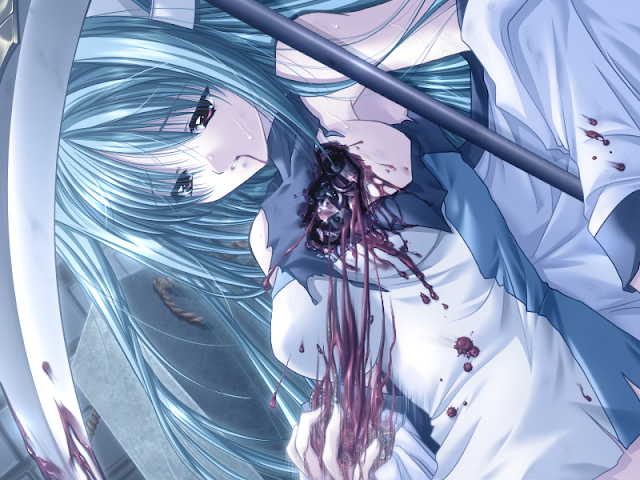 I really wanted to like this game, and I liked both battle nun Michelle and genius Rinse heroines. But I'm just not sure this game is even meant to be played this way as a pure-love action driven story. It feels more like RPG with actual RPG elements torn out. With every element examined the same word pops up in my mind. WEIRD. 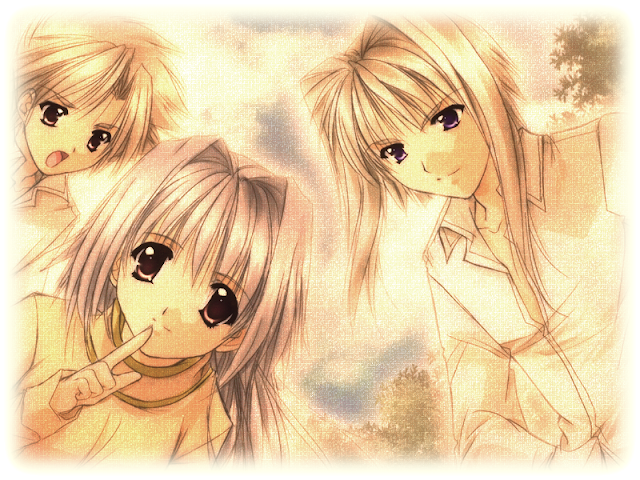