Foreword: What is Petit KeroQ? Why creating a new brand was needed for this game? Those are the questions I seek answers for. 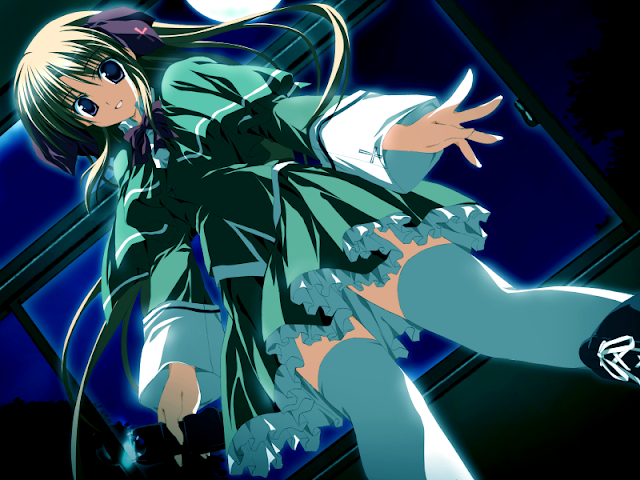 Synopsis:
The time is twelve years ago.
A comet of unprecedented proportions appeared in our Solar System.
Its magnetic field was such that when the comet drew closer to Earth, it interrupted radio waves worldwide.
That time was nicknamed "The Day Television Disappeared".
The day the world lost its signal, our protagonist, Mimasaka Shingo, lost his parents.
At the heart of this incident is his father's former boss, Hosaka Kenichi, on whom our protagonist who knows the truth has sworn revenge.
Twelve years later, Shingo meets Hosaka Nanami, a highschool student. Forlorn memories connect and bind, in their cement the truth. Hosaka Nanami is… Hosaka Kenichi's daughter.
Shingo thus decided to make her life a living hell. Perhaps, when his loved ones are ripped and grinded to pieces, that man might know the misery he once taught others. 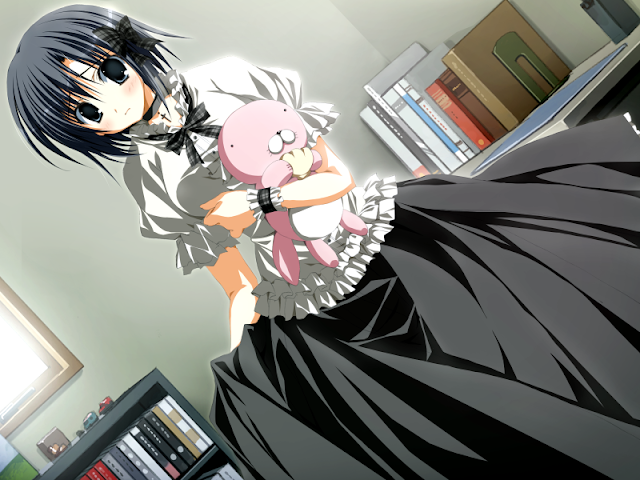 As you can see from the scores, I'm furious. I've been tricked by KeroQ to play a full-scale sex slave training revenge nukige with a rapist protagonist, so I'm feeling pretty much like after MinDeaD BlooD. Not that description did not mention "make life a living hell", but is it really the only way for revenge? 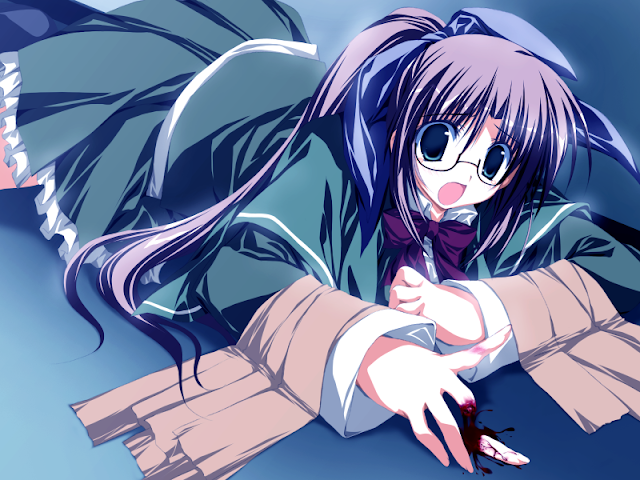 Rage minute is over, so let's discuss the merits of this game. KeroQ would lose face if they did not try to justify sex slavery in some way. And - not going to spoiler here - it is justified... in some weird logic. Moreover, what I see here is an ancient attempt to make a reverse nukige - present hardcore action and via it get to know the girl and fall in love with her. And - as I see it - this concept fails in this game. The reason is because slave training itself does not really bear any sense or sympathy. And Nanami humanity is shown only in normal talk scenes. Basically, I don't feel that H scenes are needed at all for game concept. But take H scenes out, and... you'll get my video, a cripple just 8.5 hours long. 30 minutes for introduction, 4 hours for H scenes and just 1 hour for each of four heroines endings. Now try to imagine what kind of quality romance content can fit into ONE hour, and you'll get the idea about this game. Other three heroines are humiliated by this one scene left for each of them. And I'd also want to imply that in their endings heroines need to get emotional super fast, so they just go crazy and bitch about something absolutely stupid. Thus pretty cool images of sub-heroines in the common route get smashed, in my opinion. 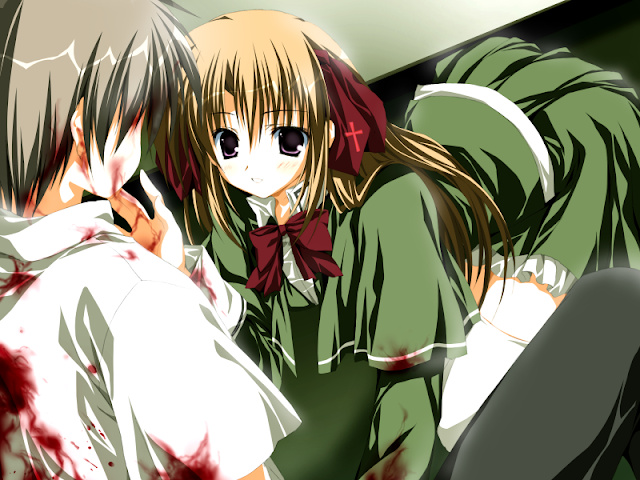 But let's return to Nanami as main heroine and her ending. It's canonical ending, but lacks logic so much that I wonder why writer considers readers so stupid to swallow it without asking questions. Everything is super-convenient and anti-persuasive. Every heroine loves our horrible protagonist from first second. And if you look those writers up... there is no SCA-JI at all, and main scenario writers aren't really notable for any works. So, yes, either writers are bad or they consider readers stupid. Or maybe we're supposed to be shocked by the fact that Nanami is not as simple as she looks from the beginning of the game. 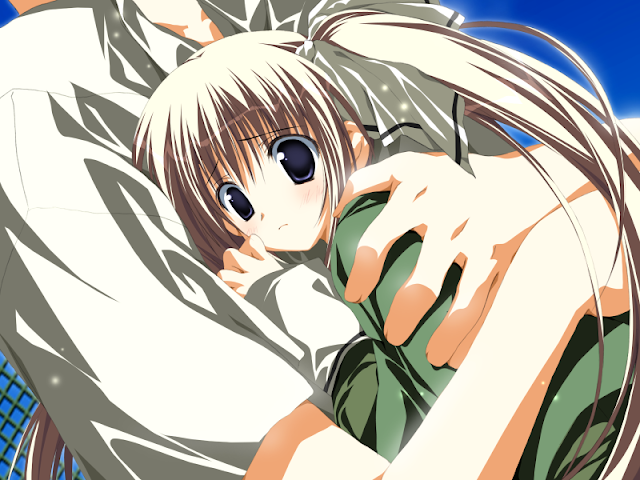 Main character Shingo is a rapist, which is pretty bad by its own. But he's also both not smart and maniacal. He forgets faces of his relatives, so he wants to have his revenge by hurting Nanami, favorite child of a person who sent his relatives on a plane during the day of comet fall. And by hurting Nanami he wants to remember faces of his parents... And his best evidence is ... because he appointed that person guilty in his parents death. Shingo memory is fuzzy, he can hardly make logical assumptions, and his inner monologue is constantly maniacally shouting the same things about revenge. Shingo is a worthy candidate for worst protagonist ever. 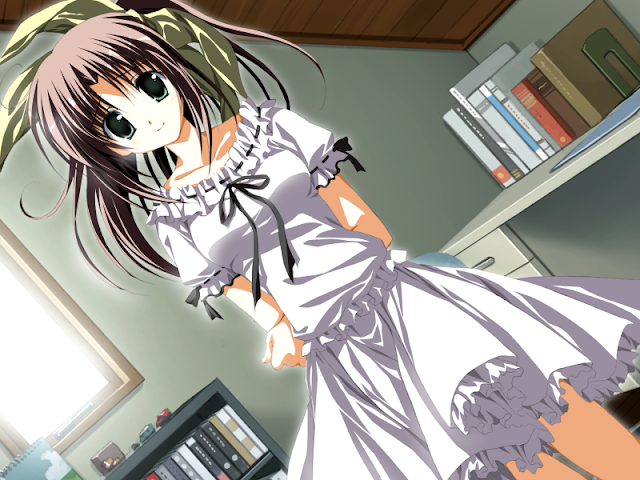 I wanted to mention title individually - the day when television disappared. Sounds cool, but it's nothing but a pretty image for pasting TV screens and adding TV noise sounds wherever possible. The concept is that a certain day 12 years ago a comet struck the Earth and damaged its magnetic field. And you know what... magnetic field became too weak to support TV broadcasts, but it's absolutely enough to support mobile phone connection. But because this connection got weaker, almost no one brings phones nowadays. And you know what - all characters except Nagaru have one. So many contradictions that it's just lousy. Plane with Shingo parents lost control with the magnetic field damage and crashed. That's the whole connection of TV with the game concept. It's close to zero. 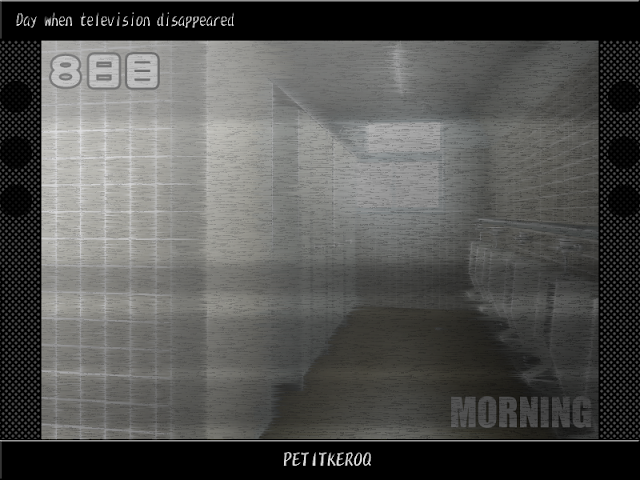 What I want to conclude about TV no Kieta Hi is that it has nice heroines and graphics. Because pretty much everything except that is bad. All those immature characters bring only negative emotions. So, why is TV no Kieta Hi published under new brand Petit KeroQ ? It's not because company had that many works to give some ideas to subsidiaries. It's because game is of too low quality to fit KeroQ standarts. It's even so dark that it can't be published under Makura brand. Petit KeroQ is not a small KeroQ. It's a black shameful side of KeroQ. 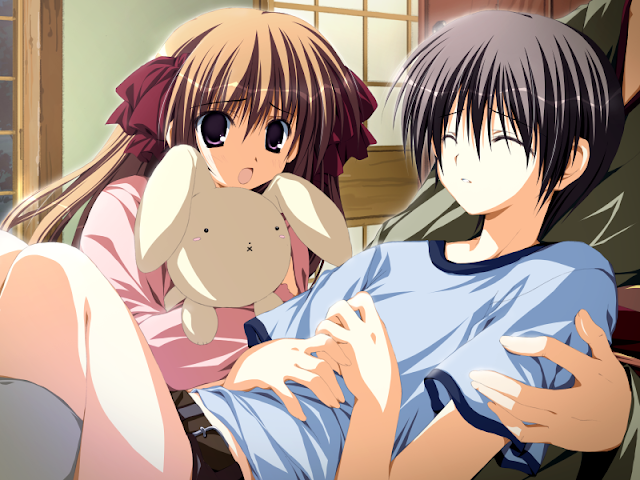 kivandopulus, I wanted to ask about one game you've written review to. How I could contact you?
(I could ask right here in comment section, but it would be off-topic.)

Okay, question is about Xenon. It seems you reviewed windows version. Did you play in window or fullscreen mode? I tried different methods but still couldn't run it in window. So, if you somehow played in window mode could you tell me how you managed to do that, please?

Dxwnd is the program I used for older games to force window mode. And only older versions of the program have options to launch older games. And I remember at least one case of having to use two monitors - one to launch the game full-screen, and another to hold translation program at right upper corner to record it all correctly.

Yes, I tried dxwnd with default settings (was enough for Elle), but no success. Maybe I'll try fiddling with the settings or using older version.
Second monitor sounds like overkill.
Or I could just stick with pc-98 version. No sweet voices in that case, though.
Anyway, thanks for the answer.