Foreword: Absolutely unknown game in the West that has overwhelmingly positive evaluation in Japan. Which side would I take?
Title: Rocket no Natsu
Developer: TerraLunar
Date: 2002-10-11
VNDB link: https://vndb.org/v4190
Youtube walkthrough: https://www.youtube.com/watch?v=T_HLI2A5oFE&list=PLs4Gp5VU4Fv_3lP089VAcjTRvabUf9dJf 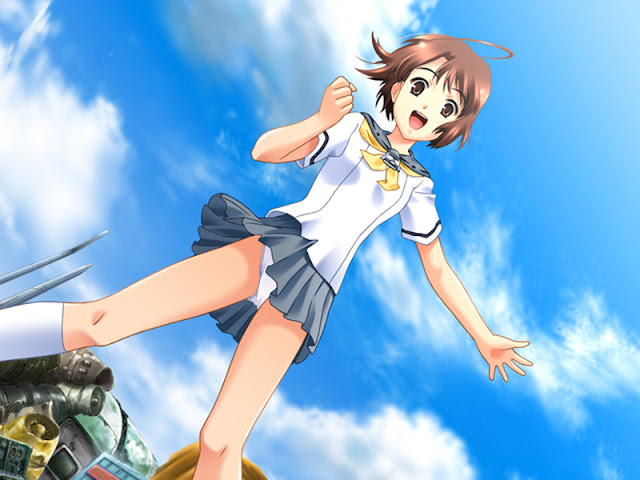 Synopsis: There used to be a season called "Rocket summer"...
The Earth has become a member of the Galactic Federation and has accepted multiple emissaries from aliens.  Silver rockets are launched from the Earth on daily basis, but one day all inter-galaxy contacts cease and space port doors get shut.
Main character has dreamt of space travel since childhood. One day he decides to help girl Chise to participate in self-made rocket competition "50 Miles Over". Together with princess from the other star they form a rocket club. Will their dreams come true?

Structure: Rougly a month from 05.07 till 06.11
Length: 7 hours for initial route, some 3 hours for each of remaining 4 routes. Plus 3 hours for omake.
Game type: Space dream youth comedy with aliens
Difficulty: Moderate
Character Design rating: 8/10
Protagonist rating: 7/10
Story rating: 8/10
Game quality: 7/10
Overall rating: 7 or 8/10
Rating comments: It's 7 if you have sound stuttering like me and are't crazy about the genre like me. It's 8 for everyone else. 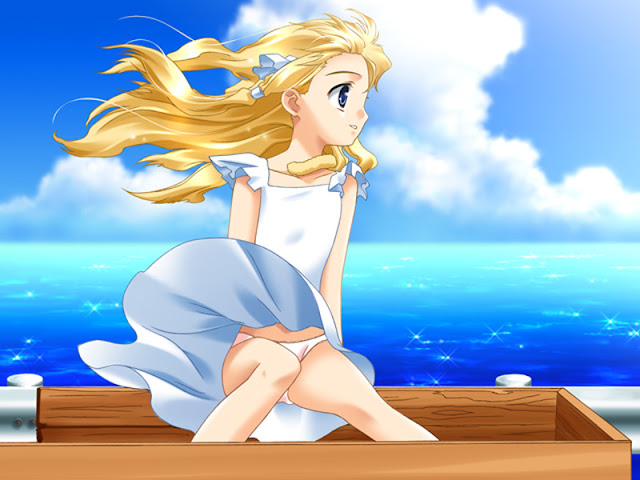 Protagonist: Takashi is pretty cool. He's so knowledgeable of rockets and so patient and attentive that I'd happily have same intelligent protagonist everywhere.

Characters: There are five heroines which are very different. Chika route is forced as first - and she's the only normal human among all the heroines. She has the only normal route about passion for rocket building and normal romance. But after that surprises begin. There are two routes for each of aliens - Selen-chan and her guard Berthia. Characters are pretty crazy and so are their routes, but it was really sad for me to see ignorant and vain Selen-chan to have teary face in the end. Tsundere should never cry! Haruhi-sensei is... android teacher. And Akira is our normal childhood friend with a huge secret about her - the most shocking route for sure. 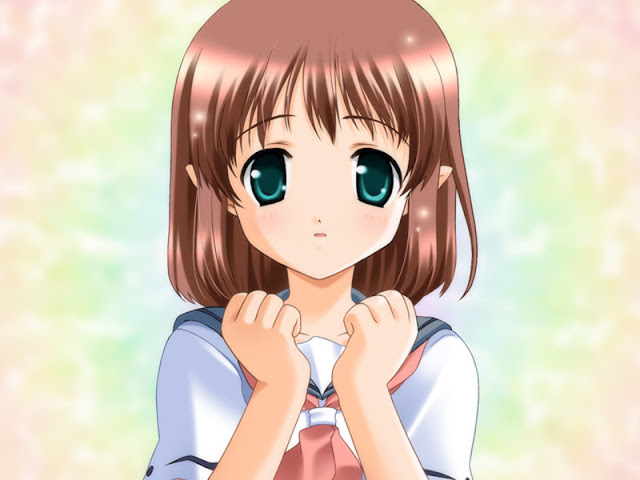 Story: Main route only covers characters getting together around Chika desire to build a rocket and being joined by aliens. Then each route has its turns.

CG: No complaints at all. 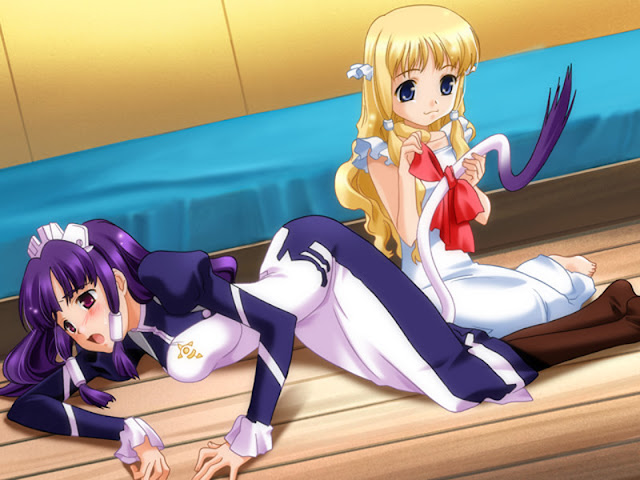 Sound: Everyone is voiced, including protagonist. That's absolutely superb. But sound stuttering that I got at Win10 really started to kill the fun around the third route I played. Freezes also got more and more frequent, so I did not record past 3rd route.


Thoughts:  It's the third rocket club theme visual novel that I play, and it's actually the best one of the three. The reason is the variety of routes and only interesting scenes. There's tension that leaves your interested from beginning to the end. Full voicing, bright atmosphere and colorful characters add up to the feeling. Omake about space adventures fits greatly to the picture as well. 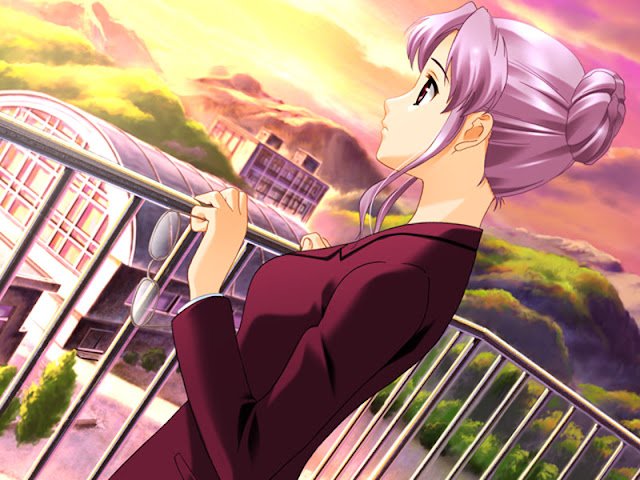 Overall comments: Game is a masterpiece, no doubt. It's not a breakthrough game to become a pillar of new visual novel world. No, it's just a cosy cool place to visit and have a rest. I guess it's the real reason why it went unnoticed in the West - we need a breakthrough. The Japanese can be jerks about plotge, but they can rarely be wrong about a good calming charage. 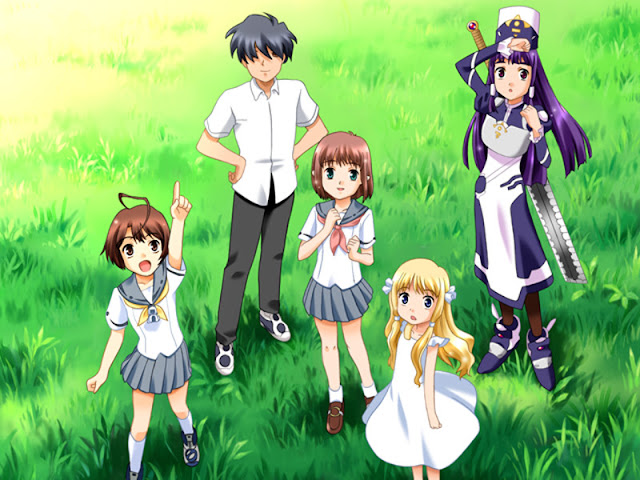 i just downloaded the game and it doesn't have any character's voice, please help :((

There aren't any options inside the game regulating sound presence, only sound volume. Voicing worked for me at win10 out of the box, without changing anything. When I have trouble with sound, I try it on my Win10 tablet as it has sound card more suitable for old games.