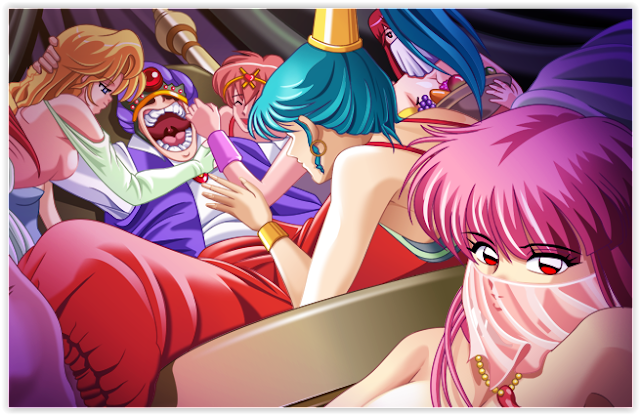 Foreword: I liked De-Ja a lot so sequel was a natural choice.

Summary: After events of De-Ja you're the winner in life. You have fame, respect, money and the love of pretty Gachako. What else to wish for? New adventures and unveiling new mysteries, of course. You get intrigued by the story of "crystal skulls" and one mad archaeologist knows exactly how to find them...

Comments of Difficulty: You can see story progress in percentage. Difficulty was surprisingly subpar to prequel. The greatest planets puzzle was rather easy since the only information you got was light to the light and dark to the dark and it was repeated over and over. Compared to infodumping of prequel puzzle, it was a paradise. There was also the puzzle for piracy - the puzzle that you were supposed to clear only if had brochure shipped with the game. But unlike prequel, there was no randomization on this part, so in just 3-4 errors you inevitably make it to the finish and you don't even need to load game for that.

Rating Comments: Well, that's a harsh one! It's classic Elf adventure that we're talking about! But that's how I feel. I see every element as inferior to De-Ja either for a reason or sometimes because that's not fresh anymore. I felt bad about too many things. Length got almost twice as long. CG got really scarce. Protagonist stopped being that badass hooligan, Gachako got lots of bi@tch traits. And with all this huge length (some people claim to spend over 30 hours on it) very monotonous gameplay, quite an inarticulate story line and lack of really funny moments to cheer up in the mids of the journey. 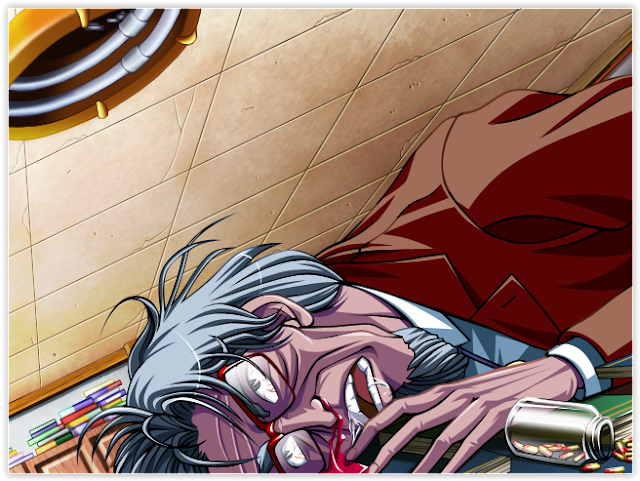 Story: Because of implemented command selection variant I may have missed some parts of it since you have to click at everything up to five times and while reading same lines over and over tend to skip even important parts. So one mad archaeologist makes us really interested into the crystal skulls story. But you soon find him dead in his own house almost simultaneously with his daughter. As you prove to each other that you're not the killers there's a natural desire to investigate the death together. With the safe deposit key found in his pocket you discover a green crystal skull inside the cash. With that you make your way to Palau temple and thread by thread approach the secrets of this temple and locations of two other crystal skulls. Archaeologist daughter get mysteriously killed in the process and with Gachako you manage to unwind this knot of secrecy only to discover the identity of the enemy and his plot just in the final of the game. I don't think I spoiled much, actually since there are lots of characters and details not even scratched. 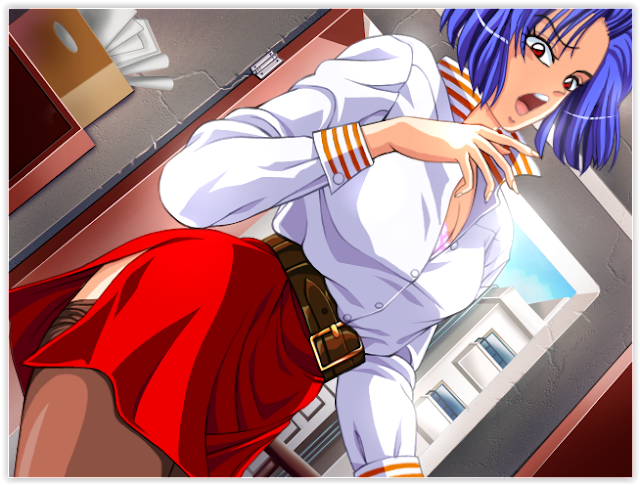 Characters summary: There are quite many characters here, but I found all of them (besides old acquaintances from De-Ja) quite dull. Girls were pretty, but I was shocked by their minor role as one-scene filler in the mids rather than original characters the prequel had. There is exactly one other girl that Hatsushiba Hakase got into relations with, the mad archaeologist's daughter. But she appears kind of late, disappears kind of soon and she plays an important plot role. Without spoilering too much, I'd just say that's she's not really mad archaeologist's daughter... 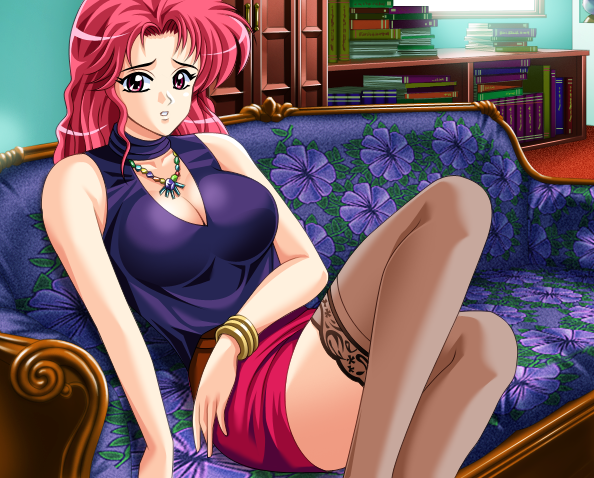 Gachako: Whoa! Miss Gachako got even more... how do you say it... mature. But as for me her character went awry. All she's saying all the time is "Say that you love me", such sleazy talk. She demands constant attention, behaves as if she owns Hatsushiba Hakase and bi@tches about everything. But the culmination for me was meeting her with another guy (archaeology institute worker from De-Ja) by chance. Her motivation was "You aren't paying me enough attention so I wanted to have fun and invoke jealousy". That's just boring, really. I just see here how netorare Elf is being born in this very moment. And it's not even close to the really intriguing relationships like in C's Ware "Desire". Just stupid woman stuff.

Protagonist: So it's same Ryuusuke, but he's called Hatshushiba Hakase so often that original name rarely shows up. He's still cool and he's kinda totally pro sticking his hands everywhere. Just impression is not as fresh. But Protagonist is really a savior of this game. 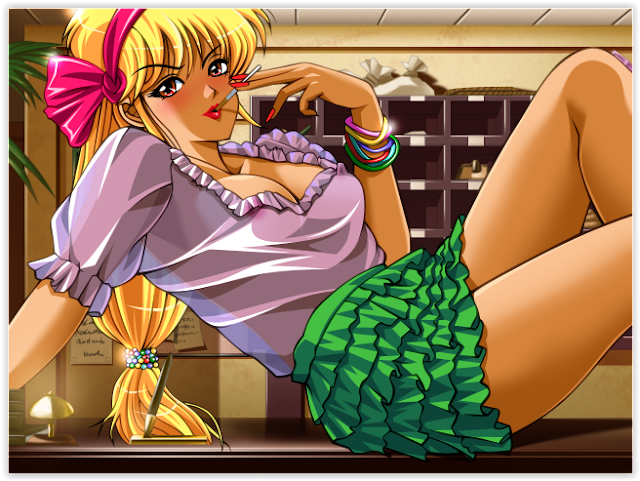 Sexual Content: Look at the picture and hereby try to believe that there is nothing going on with this girl. She's just a hotel owner. Not a scene... nothing. And now imagine that there are lots of other cute girls that play their minor roles that have nothing but the flirt. And now you know the sexual content of De-Ja 2. Apart of Gachako and that archaeologist daughter there is actually nothing. But there are as many as two H-dreams. So even this part is lacking.

Affection for the Characters: Low overall. Women play too small roles and there aren't charismatic males. 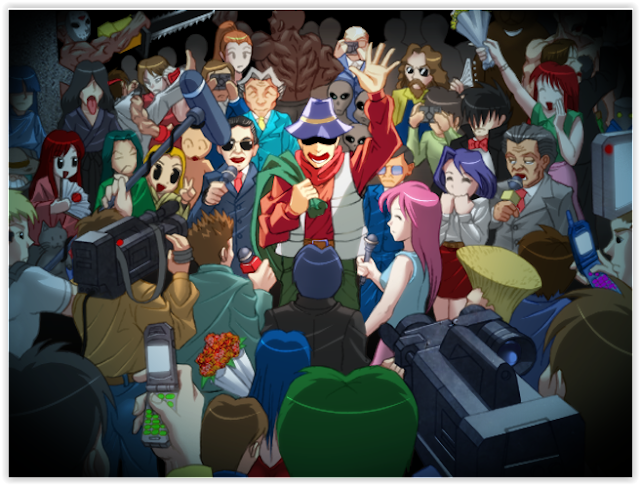 CG Score: 7/10. CG aren't bad. They are just way too scarce for this volume. Women are depicted with care, but you better remember this or that stance because you'll hardly be able to see another one.

Sound Score: Voicing is good in multi-pack version. No protagonist voicing of course.

Addictiveness: I'm rather spectical about this work.

Technical Aspects: So game is command selection. And quite a determined one. It's not rare that you have to click everything up to 5 times to progress. It has point and click moments only to search the dead body or amonth the shelves of books or on a desk. It could easily be pure command selection, not much of a change. It's said to be such mix because players weren't ready to such bold jump to point and click on ELLE release. Pretty weak argumentation. There are animated objects like in ELLE, but they are scarce and they aren't fun when you select them upon the look menu and finding them out directly by clicking. So yet another step back from ELLE.

Conclusion: It's not going to be game of the year 1992 of my choice. Most of Japanese reviews I read claim this game to be another masterpiece. It might be, actually true. All I rant about is that I was not thrilled since the beginning, then there was not a definite goal and not even a clear enemy, just some loose events that somehow manage to lead somewhere out of coincidence. Repeating choices mechanics did not let me enjoy the talk puns. I did not like the characters. And I especially did not like the ending where upon real 30 minutes time you're being told what this game was really about, what were the people and circumstances behind the so random events which somehow managed to lead to a final. It's like you played for 15 hours and did not even notice events were made up for it. How could I even notice that behind the randomness and foolishness. I'm sure this game can be enjoyed a lot if you find the story or the character of your liking. I failed to find an appeal point and little irritations piled into this review. 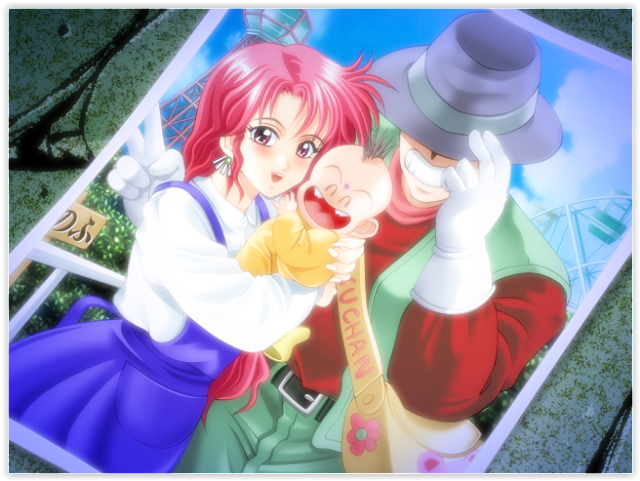