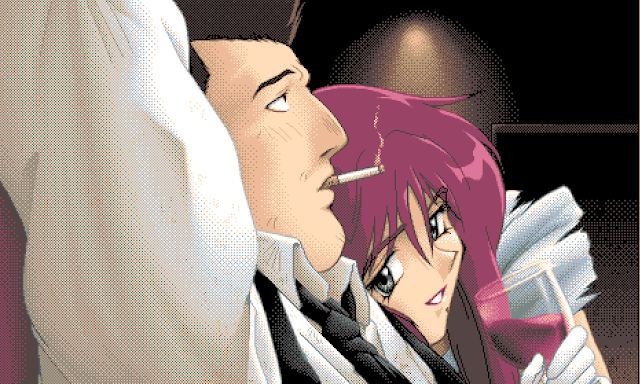 Synopsis: Merry Go Round is set in Yokohama, in year 2197. The city has turned into an international megalopolis, where crime prospers, and where justice is pursued by lone vigilante fighters. The hero of the story is a private detective named Brian. The first case is about an assault on a prostitute in the brothel "John Wayne". Further investigation reveals that the assault is connected to other cases, some of which involve dangerous biological experiments. With the help of the policewoman Akane, the bounty hunter Ridley, and others, Brian begins to gradually see the whole picture...

Structure: All the choices are meaningless, one road story, almost kinetic novel.

Rating comments: Wow, I ended up rating lower than the Sammies. Game shines about nothing. It's got great visuals and some great CG, but that's it, actual game does not develop on that great basis.


Protagonist: Brian was supposed to tough bastard, but the cool CG with the gun that inspired me was actually the only good one. The other CG with the gun are just plain bad.

The story can be told in mere seven CG. And that's basically it. In-between the events there are numerous H-scenes while gathering information. 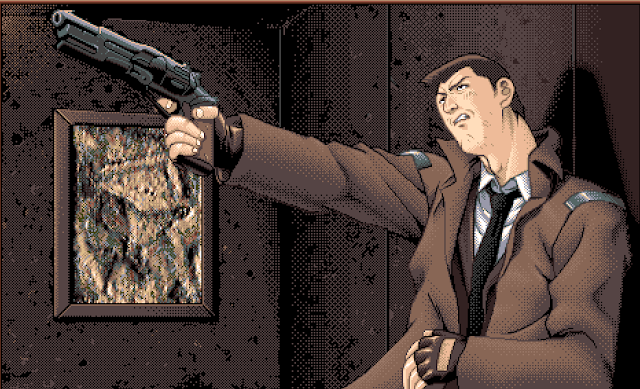 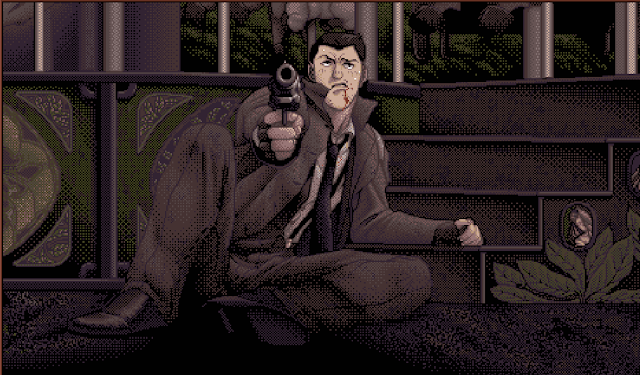 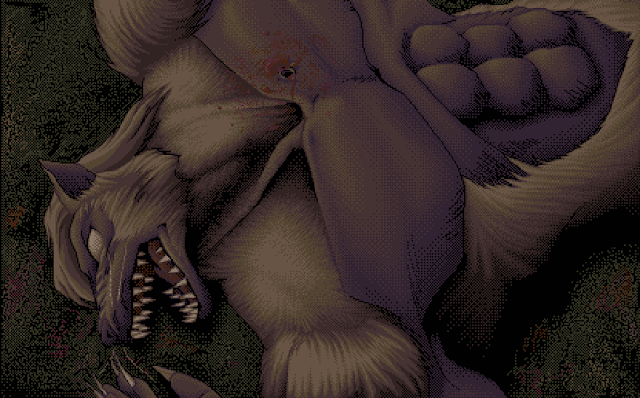 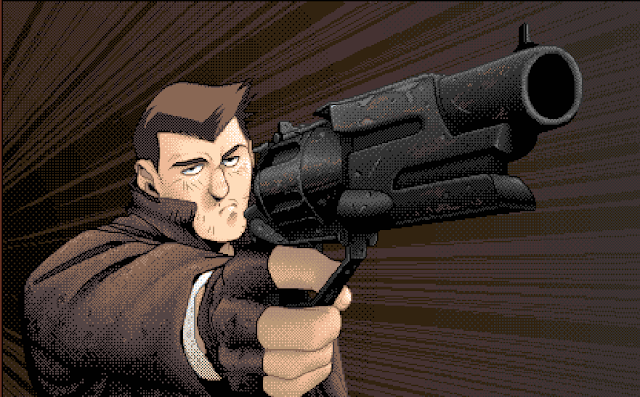 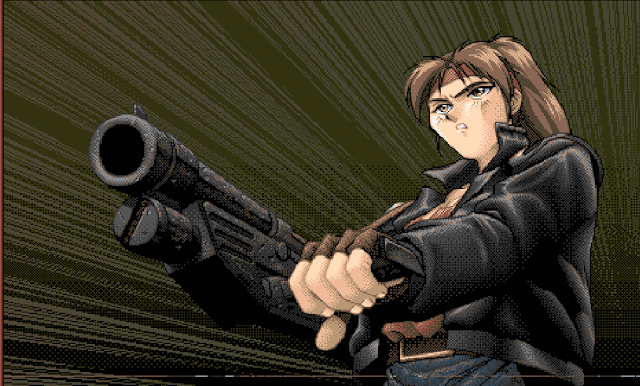 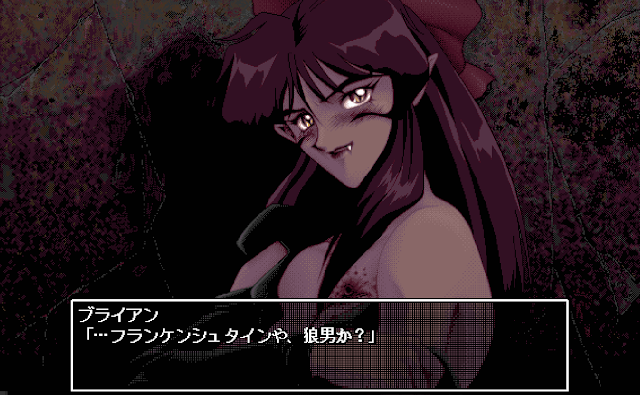 Theme: Prostitutes. That's the real theme of the game. They are everywhere. They are the victims, they are the friends, they are the job givers, they are the only visitors of bars. Between the few action scenes it's the daily routine to lie on the sofa and go searching for information while finding nothing and triggering two H-scenes out of the blue.

CG: All the cool CGs are presented, besides that there's little to look on. Female characters have mostly ugly character designs and CG. There was just a few good shots and then back to ugliness. I could not tell police woman Akane and bounty hunter Ridley apart, it's like the same face, really. And those are two main female cast characters. So unless you read names attentively it gets into a mess.

Sound: I had zero sound. None of the emulators was able to reproduce that.

Technical difficulties: They were too numerous. No music. Then Neko project emulator by the middle just split the screen on three screens and kept on broken as that so I had to shift to anex86 and click it to the middle again. I've wasted 5 hours debugging anex86 to find the text hexes and I found the huge pile of texts that contained all the texts all right but there was no thread to actively upload speech by speech. And that was strange considering that ITH was able to give out half of kanji for each line. So in the end I had to use screenshot reader OCR and that was very painful since there were just three lines for text and at times three screens were required to hold the full speech line.

Overall comments: Game leaves a poor impression. Investigation takes not much time. Ending is abrupt since as soon as we kill Mardalene demihuman (girl on last CG), there is a brief talk with the professor hologram and abrupt game over. The CG accessible from menu afterwards are only HCG, which already reveals how the developers saw this game. Cut all the H-scenes and the game will drop to some two-hours length which is unacceptable for a story game. What I actually liked that all the H-scenes happen with random characters, not plot ones. There is just one scene with Ridley in the middle (when u save her from the dungeon which is ok) and behind the credits. Akane and Miku (Miku is actually a palm-size assistant) are left alone, so at least plot moves apart of H-scenes. So only the atmosphere of the game was good to some point, but frequently reused CG ruined even that small illusion and it ended up into a too small world to produce a significant impact story.