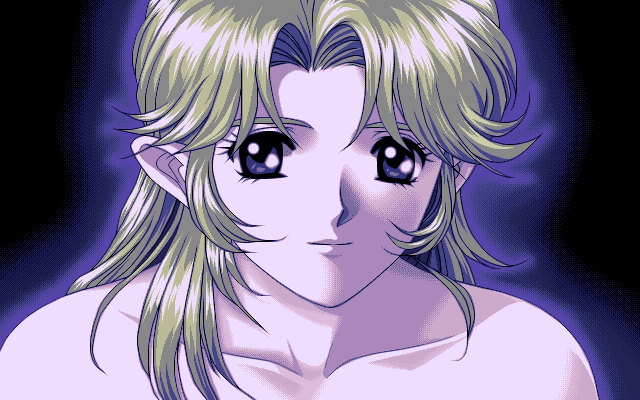 The best year so far, actually. I really hope that I'll be able to say the same about every forthcoming year. 84 works during the year amounts for an average of 7 works each month - a very saturated year.

There's roughly the same number of visual novels in 1996 as in 1995. Romance games are everywhere this year, especially in the second half of it where Windows games preside. First half of 1996 is quite traditional mixed pc-98 representation familiar by previous years.

Sixteen it is! Just note that some of the games are included for sheer concept originality or impact they made on further works. But the game of the year can't be just an important game. It should be the best from the best and definitely not a dating sim. Nothing stands close to a girl who chants love at the bound of this world, YU-NO. I played it some five years ago. Both the real world maze and the fantasy world beautiful ending are still vivid in my memory. It's a great adventure with most memorable characters and a huge impact. Hands off, the best work of Elf and it's probably the last time Elf hosts the game of the year. Windows era shall have its own champions.