Foreword: Girl with a huge sword was a decisive factor for me, but game is quite mysterious and curious looking. It's created for the 10th anniversary of Cat's Pro/Panda House. So, is it as enjoyable as D.U.O.?
Title: Sayonara.
Developer: Panda House
Date: 2003-06-27
VNDB link: https://vndb.org/v6045
Youtube walkthrough: https://www.youtube.com/watch?v=1bNX6mIBR6E&list=PLs4Gp5VU4Fv8rKP5oDa1nzt0KevjFrmhw&index=25 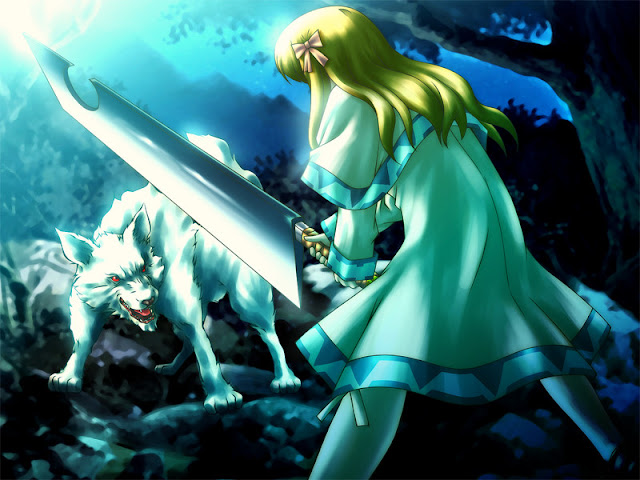 Synopsis: People always die in this world upon getting 20 years old. Only 19-year old people are left in this world as new children stopped being born. Main character lives among this last generation of humans, has his part of joy and sorrow and accepts fate peacefully. Can you say your farewells with a smile? 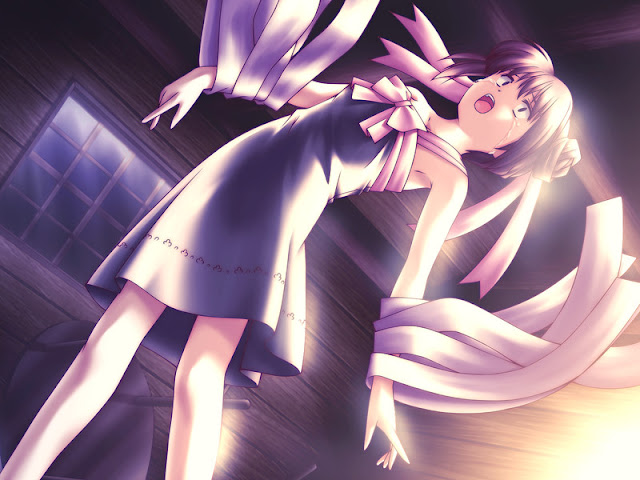 Rating comments: Protagonist and game quality were really disappointing, but some of heroines and the story itself were surprisingly decent.

Protagonist: Touji is pretty normal and kind, but he constantly has delusions where his shadow urges him to insult each girl he meets. I just don't feel any sympathy towards him. 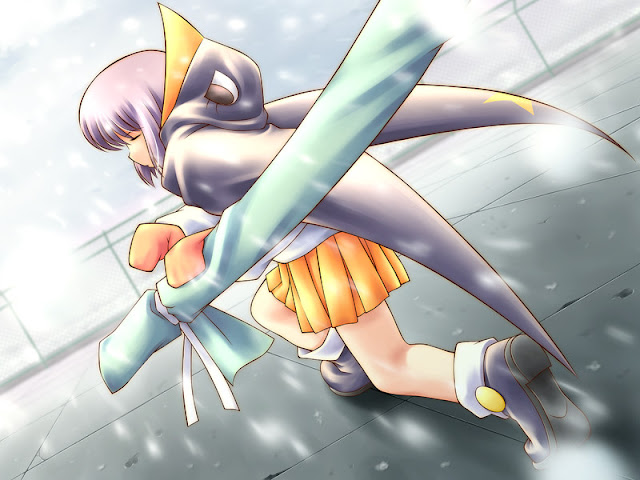 Characters: There are five heroines - four regular ones and one additional. Did not see Nagano twins in the main story, they probably participate in one of branches leading to bad endings. Each of four main heroines are met in a different season. Game starts with pretty normal romantic story of feminine Ouka in spring - just normal. Then there is a story of Mishio with her huge greatsword. She's the total opposite of Ouka as she becomes a reliable strong person that's difficult to approach. Her personality is pretty difficult, but overall story is nice. Third story with Koharu in Autumn is pretty shocking as it deals with the pretty negative character traits. It was pretty shocking overall. And finally Fuyu story in winter is the real masterpiece. Great genki heroine, great action scenes. And Fuyu story naturally flows into the final one with a special heroine Chitose that is featured throughout all the game. 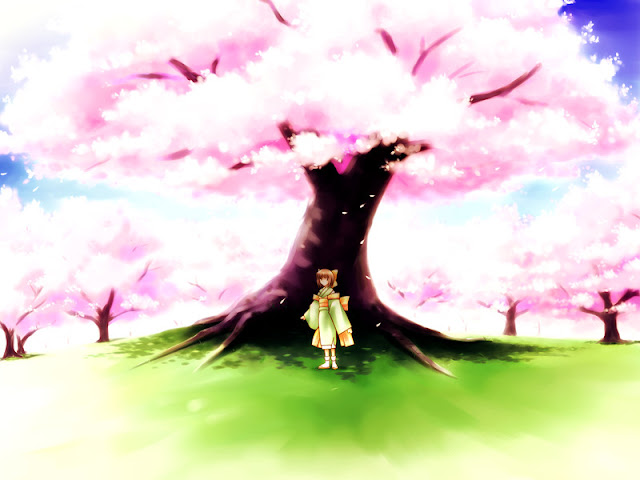 Story: Story is surprisingly the most interesting feature of the game. First of all, there are no routes in the game. There is just one linear story with bad ending branches upon being seduced by Touji shadow. Secondly, and it's featured in the title, all heroines are bound to die. In the beginning of the game all Touji childhood friends die and he turns 19 which leaves him one year till his death. He lives alone, but from time to time he meets girls that are just weeks or months from their 20th birthday. There's little point living alone, so Touji tries to invite each girl to live together - and in some time each girl passes away under more or less emotional circumstances. But game also has a good ending, so it's not all about nakige or utsuge. I won't reveal the contents of the good ending, naturally. 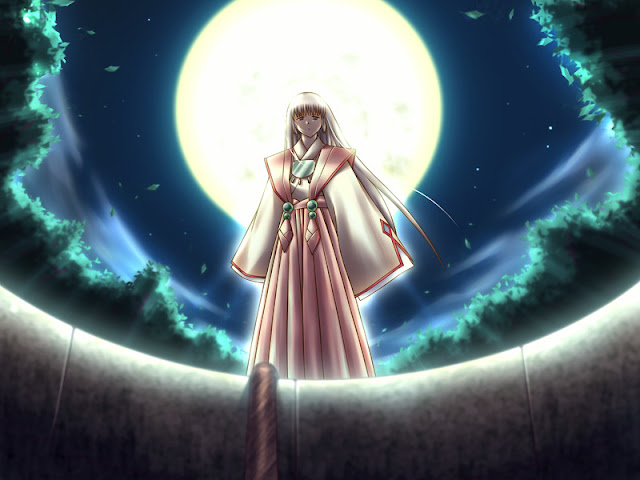 Thoughts:
1) Each girl advances her own main theme with own though. Each girl has her own thoughts on approaching death. And that's depicted really well - each story actually remains memorable. One girl wants to die while seeing beautiful scenery, the other wants to have her revenge. Third one wishes to commit double suicide the most. Fourth one wants to fulfill her destiny.
2) Despite all the sadness, game still remains optimistic. Touji as well as most heroines are determined to "live to the very last day allowed". And it's really great that there is one good ending that more or less mends things. 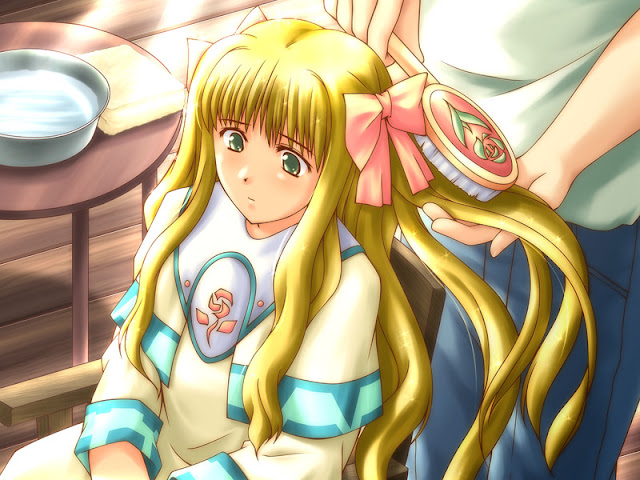 Technical difficulties: Game does not have auto-reading mode. HOW? That's unheard of in 2003. The second problem is BGM. My tablet constantly triggered noise in BGM, and by the end of the game totally lost BGM despite it being turned on all the time. Last minutes of the game and ending in dead silence were pretty weird.

Overall comments: Game is a masterpiece, because it managed to turn a nostalgic charage into a very interesting concept with short emotional stories and epic ending. 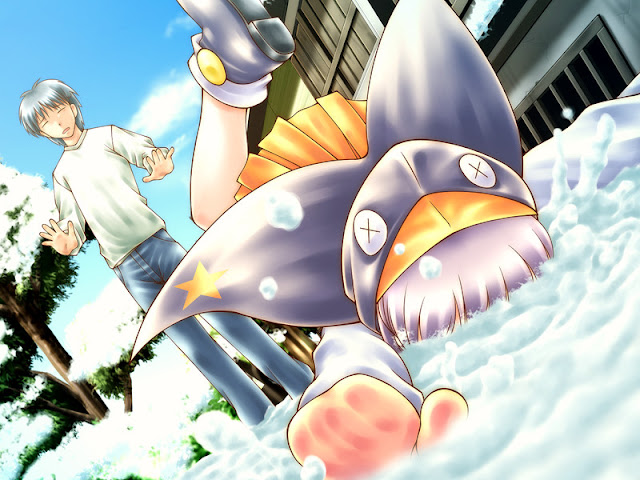 Hello, what is the real length of this vn 10h or 6h?
Thanks anyway.

It's definitely less than 10h, even including all the bad endings and un-skipped H scenes. 7-8 hours is a more realistic number. I wrote about 10h without seeing how long video turned out to be.

Yep, all the girls die peacefully one by one. There's a mysterious additional heroine Higashiko not listed at VNDB. She makes an episodic appearance in all the girls stories. Afterwards she tells her own story (and her brother's story Mamoru) and in the end gives birth to a child that marks humanity revival.

I see. Wait, does Higashiko live in the end, or does she die after she gives birth to her child who marks Humanity's revival? I assume that she dies since all the other heroines died as well. Hell, even the protagonist dies as well.

Also, the child, I assume is the new Adam or Eve? Hope to hear from you soon.

I'm quite sure Higashiko keeps on living with her child. She also looks older than 20 years old, so she must be exception out of the general rule, maybe due to her special story.