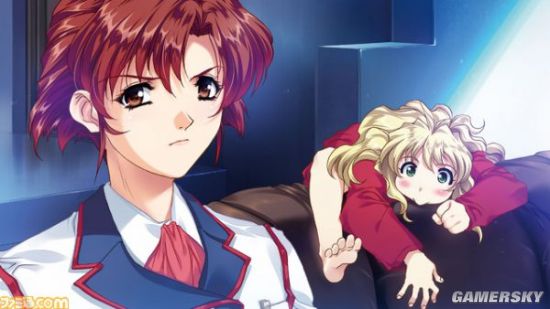 First, some statistics. Here's the chart of total number of VNs, number of listed VNs in this blog and number of blocked VNs for the years 1991, 1992, 1993, 1994. Number won't change significantly since for the moment these are all the VNs that vndb.org has for the noted periods.

As you remember, year 1992 was to my liking since, due to harsh censorship, works were more story-oriented. And with almost the same number of total VNs compared to 1991, in 1992 there were much more works that made it in the list and even smaller number of blocked ones.
The total number of works increased further by 28%, but the correlation of quality story oriented works improved slightly in comparison to 1993.

And five of those 15 are RPGs, pretty insane. I guess there was no competition from the beginning - I'd put DESIRE pretty much above any game put beside. So DESIRE is the game of the year 1994.